The P50VT50’s screen specification is fearsome. We’ve already mentioned its use of a high-end filter to boost contrast – a system which joins with the luminance controls of Panasonic’s latest NeoPlasma technology to deliver a vast claimed contrast ratio of 6,000,000:1. It’s also a full HD panel, driven by 2500Hz Focussed Field Drive technology to boost its motion handling and colour saturations. Motion could potentially get a further boost from Panasonic’s Intelligent Frame Creation system – though the judder-removal results of this processing might not be to every one’s tastes. We’ll look at this in more detail later.

Also listed on the P50VT50’s spec sheet are an impressive 24,576 gradation steps for smooth colour blends, and endorsements from both THX and the Imaging Science Foundation (ISF). 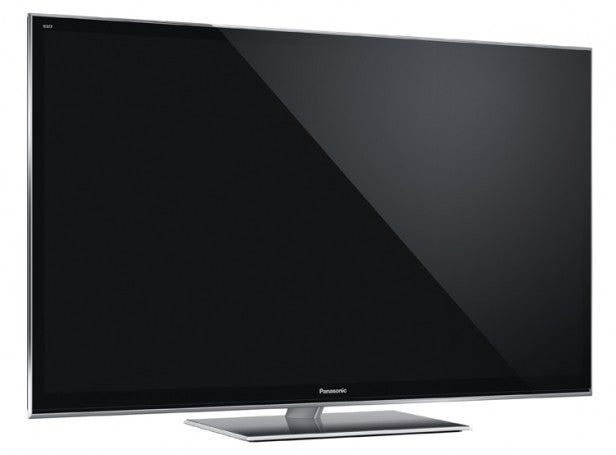 The former of these works as a ‘guarantee’ of the TV’s picture quality in 2D and 3D mode, and extends to two professionally calibrated THX presets – one for day use, and one for night.

The ISF certification is awarded in recognition of the P50VT50’s expansive calibration tools – which include colour and gamma management – and leads to the provision of night and day preset slots a professional ISF calibrator could use if you pay one to come round.

Coming to the plasma P50VT50 after a long run of big-screen LCD (with edge LED lighting) TVs, Panasonic’s set provides a potent reminder of the differences between the two technologies – many of them coming down in plasma’s favour.

Black level and dark detailing
The most gorgeous aspect of the P50VT50’s performance with Blu-ray movies is its phenomenal black level response. It produces black colours that look gorgeously rich and believable, with scarcely a trace of the sort of grey mist hanging over proceedings that you get to some extent with every LCD TV.

Even more satisfying is the immaculate uniformity of the screen’s black level response. Feed the P50VT50 an image containing a bright centre against a black drop and the dark bits look beautifully uniform, with no sign of the clouds of unwanted extra brightness you get with pretty much every LCD TV. This makes it much easier to get totally immersed in whatever dark scenes you’re watching. 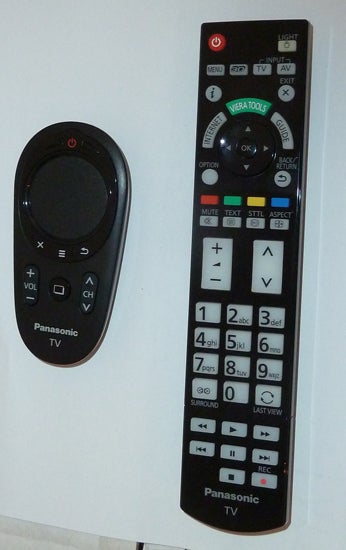 Yet more evidence of plasma’s black level prowess can be seen in the amount of shadow detail the P50VT50 delivers while watching dark scenes. Basically, if there’s detail in the dark parts of a film transfer, then it will appear on the P50VT50’s screen. With LCD TVs, by comparison, some of the most subtle picture information gets crushed out of the picture.

Yet another advantage of the P50VT50’s black level prowess is that it helps the set produce a superb colour range. Even during dark scenes colours look exceptional, combining potent saturations with pitch-perfect naturalism. Skin tones are excellent, colour blends are rendered with near-flawless subtlety during HD viewing, and the colour balance is mostly spot on, with striking little of the orange and green bias that traditionally impacts plasma pictures.

Motion handling
Next to impress – mostly… – is the P50VT50’s motion handling. The key point is that there’s none of the motion blur/resolution loss that affects LCD technology, which helps the TV produce a much more crisp and (when watching films) cinematic finish to its pictures. What’s more, thanks to the 2500Hz Sub-Field Drive system, the P50VT50 also avoids most of the judder problem often witnessed with plasma technology. This is especially true if you use the Intelligent Frame Creation system, though even without it judder isn’t a big problem.

If you do decide to give IFC a try, though, we’d suggest you only use its lowest power setting, as the higher levels can leave images looking too fluid for comfort.

Used as the main TV for the review period
Tested for more than a week
Tested using industry calibrated tools, discs and with real world use
Tested with broadcast content (HD/SD), video streams and demo discs
Previous
Panasonic TX-P50VT50 Review Next
Conclusions Review