Although we saw enough of Panasonic’s upcoming new 2013 plasma TV range at January’s Consumer Electronics Show to make us ridiculously impatient for them to arrive, Panasonic’s current range still has a lot going for it. Especially as the unveiling of the new models appears to be putting downward pressure on the current models’ prices.

Case in point: Panasonic’s flagship 50in plasma, the TX-P50VT50, is now selling for just £1450 – not far shy of £450 less than its original asking price, making it a potential bargain if it turns out to be as good as we think it’s going to be.

Aesthetically the P50VT50 is pleasing. As usual with plasma technology, its bezel is quite a bit wider and deeper than those of many LED-based models these days, but its deep black finish is offset attractively by a glinting metallic outer trim, while the whole fascia is tastefully tucked behind a single sheet of glass. The set is also spectacularly well built – though this does make it quite heavy, and so potentially somewhat problematic for wall hanging. 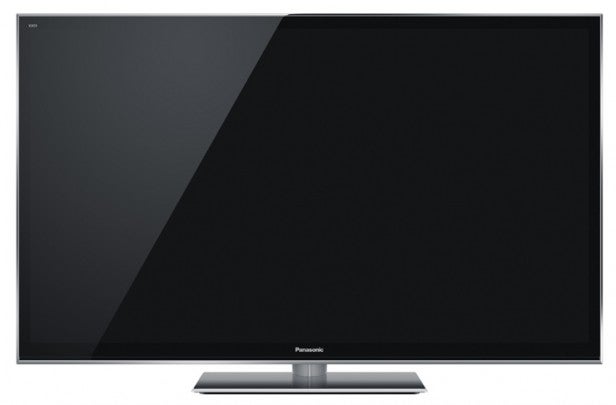 This being a flagship Panasonic set, the P50VT50 enjoys ‘Infinite Black Ultra’ panel tech, with its powerful light filtering. This is designed to reduce the impact of ambient light on the set’s pictures, so it can produce a deeper black level response. This is, of course, a tantalising prospect when you consider how even Panasonic’s lower-rent plasmas this year have delivered outstanding black levels and contrast.

The P50VT50’s rear plays host to a strong array of connections, including highlights of four HDMIs, built-in Wi-Fi and LAN options for adding the TV to your DLNA PC and broadband network, three USBs, a D-Sub PC port, and inputs for both Freeview and Freesat HD tuners.

The USBs can be used for recording to USB HDDs from either of the HD tuners, or for playing back video, photo and music files from USB storage devices. The same file formats can also be streamed from a PC, while the set’s online capabilities come courtesy of Panasonic’s impressively robust Viera Connect online platform.

Key services on Viera Connect include Acetrax, Netflix, the BBC iPlayer, Eurosport, YouTube, BBC News, an array of games (including some startlingly console-like efforts from GameLoft), and social media support from Facebook and Twitter. This adds up to a pretty good mix overall, though it would be nice to see LoveFilm and Blinkbox joining the service roster at some point. 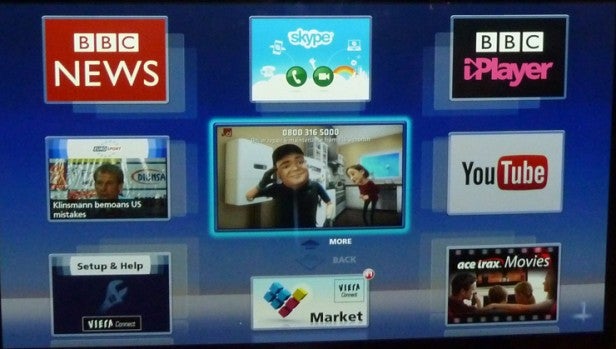 The set’s online interface is a bit hit and miss; some sections look a bit dated and don’t let you quickly see as many icons as you’d like, while others – such as the Market area – look superb and feature some of the best navigation and search tools we’ve seen on a Smart TV. The facility to multi-task – have multiple apps running at once for easy switching between them – is very welcome too. The new interface of Panasonic’s 2013 TVs is a marked improvement but there’s still a strong argument for saying that ‘smart TV’ is a distant secondary consideration to how the TV performs in terms of picture quality, audio quality, design and overall usability; all areas where the VT50 excels.

Panasonic has attempted to further improve the Smart TV user experience by shipping the P50VT50 with a second remote carrying a touch pad for more intuitive navigation of the set’s built-in Web browser. Unfortunately, though, this apparently helpful notion backfires spectacularly thanks to the poor size, shape and responsiveness of the touchpad. We ultimately put this alternate remote back in the box pretty quickly, before we ended up throwing it at the wall in frustration…