It’s possible 2012 will turn out to be a watershed year for plasma TV technology. Rumours abound that the format’s days are numbered, with some corners of the ever-speculative technology press suggesting that even Panasonic, plasma’s greatest supporter, might be on the verge of ditching its beloved technology.

Personally, unless the upcoming Consumer Electronics Show in Las Vegas proves us wrong, we’re going to take the view that plasma still has a part to play in 2013’s AV landscape. And we’re going to present as our latest evidence Panasonic’s superb P50GT50. 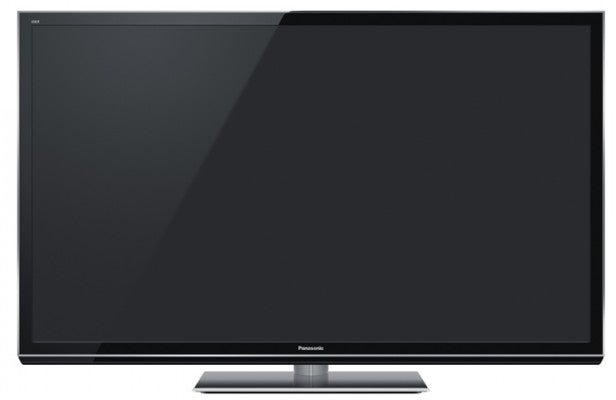 This 50in plasma model sits one step below the top rung of Panasonic’s 2012 plasma range, with the VT50s taking the top spot. Obviously the P50GT50‘s step down status means that it’s cheaper. Not far shy of £500 cheaper, in fact, at the time of writing. But there are inevitably strings attached to this saving.

Obviously, though, even the P50GT50’s claimed contrast ratio is in a different world to the contrast figures quoted by most flat panel TVs.

Regarding this latter difference, though, we’re not bothered in the slightest, for we’ve found Panasonic’s touchpad remote to be poorly designed and generally more of a hindrance than a help.

If you really want an alternative to the standard remote control you get with the P50GT50, we’d suggest downloading the latest Viera Control app for your iDevice or Android phone/tablet. This provides a much more intuitive interface, as well as allowing you to share the TV’s content on your portable device’s screen (and vice versa). 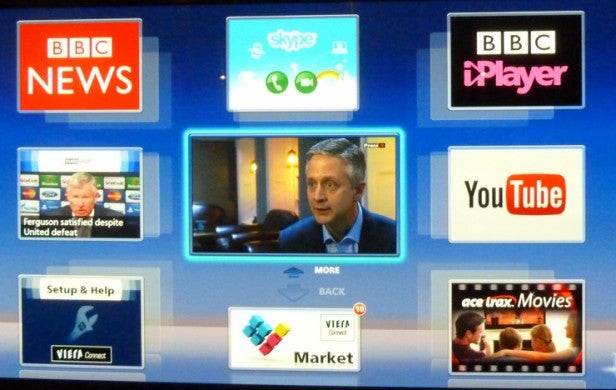 The P50GT50 does, though, also share a few handy tricks with its flagship sibling. It’s got the same ‘2500Hz’ subfield drive system, which promises a major boost in motion fluidity and general image richness and stability. It also enjoys one of Panasonic’s very latest NeoPlasma designs, with the plasma chamber’s enhanced efficiency and boosted brightness levels.

Connectivity is equally strong too, with highlights of four HDMIs, three USBs, an SD card slot, built-in Wi-Fi, and inputs for both built-in Freeview HD and Freesat HD tuners.

The Wi-Fi option provides a convenient way of either streaming in multimedia files from networked PCs, or taking the TV online to Panasonic’s Viera Connect world. This is one of the most established online services in the TV world now, and boasts some significant highlights, such as Acetrax, Netflix, the BBC iPlayer, Eurosport, YouTube, BBC News, some surprisingly good console-like games, and the inevitable social media support from Facebook and Twitter.

Myspace and Disney Books apps are supposed to be inbound too, though in fact we would have expected them to launch already by now. Maybe they’ve been held back for 2013’s Panasonic TVs.

The P50GT50 has sought and gained the support of not one but two independent picture quality organisations: the THX group, and calibration experts the Imaging Science Foundation. This has resulted in presets being provided by both organisations; the THX ones are already configured for day and night use to give what THX believes to be the best results for watching films, while the ISF presets are there for an engineer to use should you pay for one to come round and do the ISF calibration process.

We’ve found previous THX modes on older Panasonic plasma TVs to be strangely unsatisfying thanks to their softness and over-warm colours. But perhaps because of the improved capabilities of Panasonic’s latest plasma TVs, the THX modes here really do represent a good instant movie option for folk not wanting to get involved with calibrating the P50GT50 themselves. 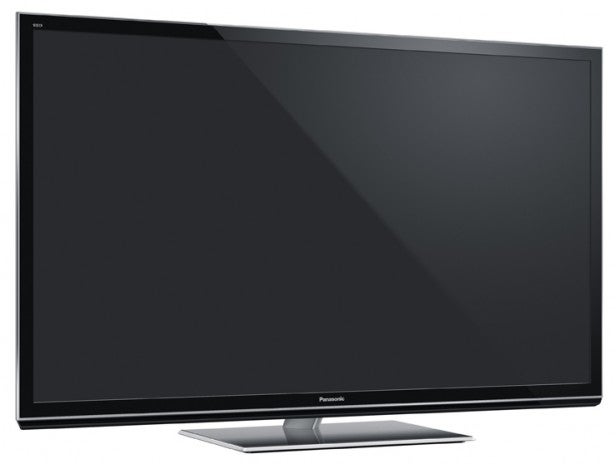 If you do want to fine tune images yourself, then as the ISF certification implies, there are plenty of tools at your disposal, including white balance and gamma adjustments.

One other tool of note is Panasonic’s Intelligent Frame Creation system, which can interpolate extra frames of image data to reduce judder. Film purists probably won’t like this feature, arguing that it makes films look more like video. However, if you’re one of those people who just finds judder on a TV uncomfortable, then the IFC processing is accomplished enough to be worth experimenting with, at least on its lowest power setting, as it clearly reduces judder without generating many unwanted side effects.

Regular readers will know that Panasonic’s 2012 plasmas have almost all been seriously impressive. So it’s no surprise to find the P50GT50 a chip off the old block.

As we’ve come to expect, the star of its picture show is its black level response. Parts of the picture that should look black, do look black. Not grey, not green, not blue, but black.
Gorgeous. What’s more, since plasma technology can control the brightness of each individual pixel, there’s no sign of the sort of backlight inconsistencies and clouding problems so commonly seen with (especially edge LED) LCD technology.

This intensely cinematic black level response doesn’t come at the expense of overall image brightness, either. In fact, bright parts of mostly dark scenes look extremely punchy and vibrant. It’s this ability to deliver very bright and very dark content in the same frame without either being compromised that remains plasma’s – especially Panasonic plasma’s – greatest trick, especially given the amount of detail that can still be made out in those dark and dingy depths.

As we so often find, a contrast range as profound and dynamic as that of the P50GT50 also reaps huge dividends when it comes to colour reproduction. The palette exhibited by the P50GT50 with everything from Tangled through to Prometheus and the recently released Dark Knight Rises is nothing short of exquisite; expansive in range, impressive (though not quite flawless) in the subtlety with which it portrays blends and tonal shifts; and gorgeously natural.

It’s particularly brilliant to note how the slight green undertones to black colours and marginally orangey skin tones evident on previous Panasonic plasmas have now all but vanished.

Joining the amazing colours and black levels on our ‘dream come true’ list is the P50GT50’s sharpness with HD sources. Blu-rays look pixel perfect, and best of all, the immense clarity on show remains almost totally intact when there’s motion in the frame, thanks to plasma’s near immunity to the sort of motion blur and resolution loss associated with LCD TVs. 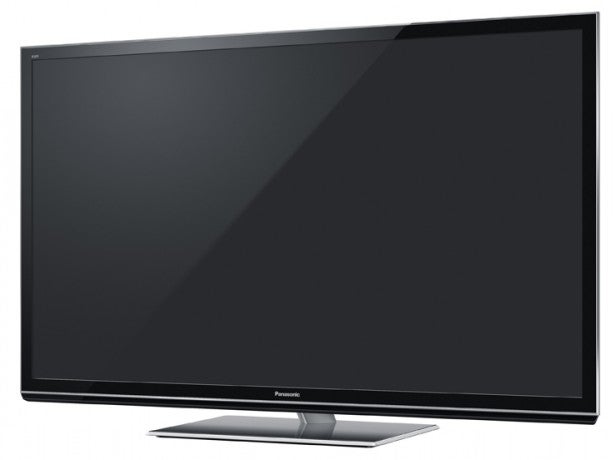 More good news concerns the image’s freedom from most kinds of noise. You can scarcely see a trace of plasma’s old green dotting noise in very dark picture areas unless you’ve left the image way too bright and are sat too close to the screen, and dot and colour noise are both at an absolute premium.

The P50GT50’s freedom from motion blur and exceptional contrast make it a pretty spectacular gaming monitor. So it’s a relief to find its input lag measuring around 38ms, which should be low enough to leave your gaming abilities unaffected.

Panasonic TX-P50GT50 – Not quite perfect

While the P50GT50’s pictures can certainly be described as outstanding, though, they’re not perfect. The worst issue is that horizontal motion – especially camera pans – can cause a rasterising effect, where you can see fizzing noise over skin tones, and colour banding or double reproduction effect over lines and edges. This issue is greatly reduced, though, if you use the IFC processing, even on its lowest setting. So even people generally not in favour of such processing would be advised to at least give it a try. Plus, it’s definitely the least of most image quality evils.

Another noticeable issue is that images lose brightness and contrast if you’re watching the screen in a light room; more so than on the VT50 models, presumably because of the latter’s extra filter system. 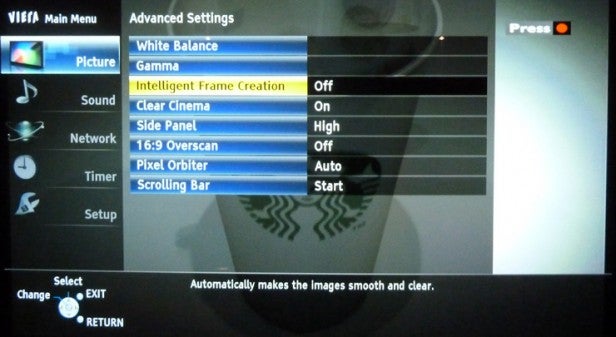 Finally, while 3D pictures are generally impressive thanks to their resolution, sense of depth and freedom from crosstalk ghosting noise, they do look rather short of brightness versus those of most 3D LCD TVs. This is definitely the compromise we’d rather have though.

The sound the P50GT50 produces to accompany its mostly adorable pictures is fair. The extreme robustness and relative bulk of its chassis had got us hoping that it might be able to deliver exceptional amounts of power and range, but the reality is that the soundstage is only slightly more robust than the flat TV average, chiefly thanks to a bit more openness in the mid range and a touch more bass extension. Quality dedicated speakers will, as ever, be a must for movie buffs.

The P50GT50 is a timely reminder as we approach the end of 2012 of just how brilliant plasma technology can be as a video display. In fact, if you’re a movie fan it really is hard to think of a better way to spend the best part of £1200.