For some of you, as we’re only too aware, 3D is about as appealing a prospect as pouring vinegar into your eyes. Even for some people who are interested in it, it’s something that they can’t quite bring themselves to pay lots of extra cash for.

In other words, there’s still a very healthy market out there for TVs that don’t carry 3D. This is especially true at the cheapest end of the TV world, but we’re also pretty confident that there some quite ‘serious’ TV viewers who want a quality TV without having to pay for 3D features they don’t want.
It’s to this latter group that Panasonic’s P50G30 seems designed to appeal. For despite lacking 3D, its build quality and spec sheet reveal it to be anything but basic.

Its design isn’t exactly the most stylish around (though the introduction of a light grey section in the middle of the bottom edge and the application of a decent amount of gloss to the bezel both make it a notch or too more attractive than anything Panasonic launched in 2010). It certainly is incredibly robustly built, though, giving you real confidence in its long-term reliability. This is not a TV that should break easily. 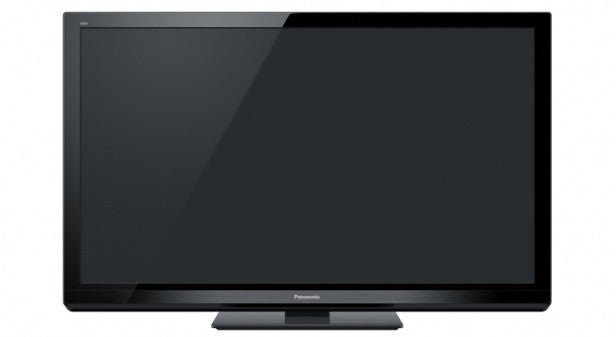 The downside to this is that its substantial weight makes it not particularly conducive to wall hanging. A fact that’s underlined by the surprising fact that the vast majority of its connection sockets face straight out of its rear, rather than providing access from the side as people wanting to wall hang the set would almost always prefer. We should add here, too, that the P50G30’s rear is markedly deeper than that of the 3D-capable P50GT30, suggesting that the non-3D model isn’t packing Panasonic’s most state of the art panel design.

The set’s connections may not be helpfully positioned, but they are, at least, plentiful. There are four HDMIs for a start, three built to the v1.3 spec and one built to the v1.4 spec, with the v1.4 one offering audio return functionality.

There are also an impressive three USB ports, all capable of playing AVCHD, SD-Video, JPEG, MP4, DivXPlusHD, WMV, MPO, MP3, AAC and WMA files. You can add an optional USB dongle to make the TV wi-fi ready moreover, and you can even use the USBs to record from the set’s Freeview HD tuner to suitably formatted HDD drives.

You can’t, though, also record from a Freesat HD tuner like you can with the P50GT30, for the very good reason that the P50G30 doesn’t have a Freesat tuner.

The P50G30 does carry a LAN port, though, and happily this does provide access to Panasonic’s new Viera Connect online platform. More on this later.

Looking at the P50G30’s panel specification, it’s a relief after noting its extra chassis depth  to find that it definitely uses Panasonic’s 2011 NeoPlasma technology, with its extra brightness, contrast and energy efficiency improvements. We couldn’t help but notice, though, that it ‘only’ enjoys Panasonic’s Infinite Black technology, whereas the P50GT30 3D model gets Infinite Black Pro.

This might not sound a big deal on paper, but actually it’s potentially quite significant. For while Infinite Black reduces the amount of black level-impacting ‘pre-discharge’ in a plasma cell, Infinite Black Pro completely removes pre-discharge from the picture, resulting in a richer, more consistent black level response.

There are a few other key facts and figures the P50G30 shares with its 3D GT30 counterpart. It’s a full HD screen, for a start. And both screens sport 600Hz sub-field drive technology for enhanced motion reproduction and image stability; Panasonic’s Intelligent Frame Creation (IFC) processing for further reducing judder; and official endorsements from both the THX quality assurance group and the Imaging Science Foundation (ISF) expert calibration group.

There’s a THX mode on the picture preset list, and a solid if hardly awe-inspiring suite of calibration tools to satisfy ISF professionals, such as adjustments for the gain and cutoff of the red, green and blue colour elements, and a series of gamma preset values.

Also tucked away in an Advanced Settings section of the onscreen menus are a Resolution Enhancer processor for making pictures look sharper, plus pixel orbiter and scrolling bar measures for countering plasma’s potential (though much reduced these days) problems with long-term image retention.

The last feature to touch on before exploring how the P50G30 performs is its Viera Connect online service. As noted in numerous previous reviews of 2011 Panasonic TVs, this service isn’t quite in the same league yet as the best efforts of Samsung and Sony. Plus the service is slightly hampered by a ‘front end’ that looks lovely but struggles to cope concisely with large quantities of apps.
But it’s still worthwhile thanks to headline services which currently include the BBC iPlayer, the AceTrax movie rental/purchase service, YouTube, Skype, Facebook, Eurosport, Twitter, and the Picasa online photo site. 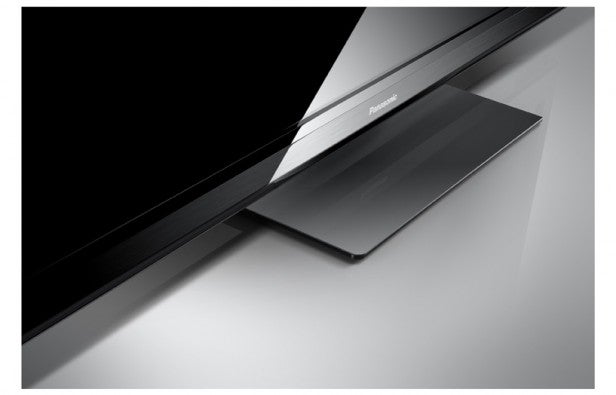 At first, we have to say the P50G30’s pictures didn’t quite blow us away quite as successfully as those of the P50GT30. We tend to start our tests in what might be called ‘subdued normal’ lighting conditions, and in this configuration the P50G30’s pictures didn’t look quite as punchy and dynamic as those of its 3D sibling. Black levels seemed ever so slightly less deep, and peak whites and colours looked marginally less vibrant.

In a darkened room the differences don’t amount to much at all. And even in a bright room the improvements yielded by the latest NeoPlasma system ensure that pictures on the P50G30 look considerably better than those of Panasonic’s 2010 G20 models. But all the same we would say that the P50G30’s pictures do lack just a little ‘pizazz’ versus those of the P50GT30.

Continuing the negative theme we seem to have embarked on, there’s some noticeable contour/line break up during fast camera pans when watching 50Hz sources (though this can be reduced by calling in the set’s Intelligent Frame Creation processing), and occasionally the image’s brightness seems to flicker up and down a touch unless you’re using the mostly-good-but-slightly-muted THX preset.

Its black level response is markedly richer and deeper than that of the vast majority of other TVs out there, especially once you’ve taken into account the amount of shadow detail the set can portray within its reasonably inky black colours. This is a clear advantage of plasma’s direct, emissive technology versus LCD/LED’s ‘backlight’ technology, since it allows each pixel of the picture to be illuminated largely independently of every other pixel.

Plasma’s approach to lighting its pictures also means you don’t have to worry about either the viewing angle restrictions posed by LCD technology or the backlight consistency issues that can be such a problem with edge LED TVs.

Next, while the P50G30’s colours might not look as explosively vibrant as those you’d see from an LCD/LED TV, they are nonetheless very natural in tone, extremely subtly delineated when it comes to blends, and impressively well balanced, with no significant sign of the tendency to push greens and oranges that plasma can suffer with.

HD pictures on the P50G30 look blisteringly detailed and crisp, especially with the excellent native contrast response allowing even details in dark areas to continually add depth to the image. There’s no blur over motion either, thanks to plasma’s innately excellent response time versus LCD TVs, and with Blu-ray HD sources, while there is judder to contend with, it’s not severe. 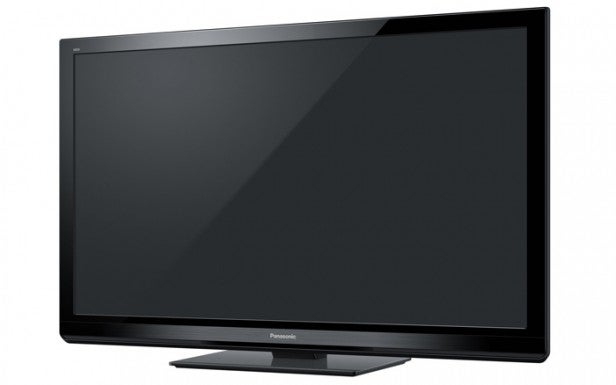 If you’re a particular hater of judder, though, again Panasonic’s got your back with its IFC system, which smooths judder away a little (on its mid setting) or a lot (on its max setting), without generating as many artefacts as many rival motion processing systems. Personally we generally chose not to use IFC, as it can turn films into videos. But we’re always in favour of brands offering end users plenty of choice over how their pictures look, so long as any processing options don’t throw up too many ugly side effects.

The P50G30 proves very able with standard definition pictures too, upscaling them to the screen’s full HD resolution with decent if not earth-shattering levels of sharpness, and keeping a firm lid on source noise.

We also spotted practically no trouble from plasma-related foibles such as image retention, ‘fizzing’ over the picture if you watch from too close, and exaggerated fizzing over skin tones.

The net result of all this is a 50in 2D picture that’s hugely engaging in either standard def or HD mode – provided, at least, that you’re not using it in the sort of high-brightness room that might be better served by an LCD/LED screen.

The P50G30’s sound, meanwhile, is also a cut above that of most flat TVs. There’s slightly more power and mid-range openness around, which means that soundtracks sound more detailed, well rounded and clear. That said, we’re not talking about anything truly spectacular – merely above average.

Verdict
Surprisingly, the P50G30 isn’t quite just the the P50GT30 minus 3D we’d expected it to be; it’s also got a chunkier design than its 3D brother, and features a watered down Infinite Black variant versus the P50GT30’s ‘Pro’ version. And it doesn’t have the GT30’s built-in Freesat HD tuner.

But despite these compromises, it’s still a very fine 2D TV indeed, and can be considered great value to boot.