Panasonic’s latest round of plasma innovations have ensured that so far, all the 2011 3D plasma TVs we’ve seen to date from the brand have been at worst excellent, at best sensational. However, they’ve also tended to be a touch more expensive than rival sets from the likes of Samsung.

Which is why we’re feeling pretty excited by the arrival of the 46in P46ST30: the first representative of Panasonic’s most affordable ST30 3D plasma series, the ST30. Especially as, despite costing under £950, the P46ST30 is remarkably well specified. Particularly startling is its carriage of not just Panasonic’s latest NeoPlasma panel technology, but also Panasonic’s Infinite Black Pro system. Experience would have suggested that the ST30 range might have used slightly older tech than the GT30 and VT30 models, but not so.

We’ve covered NeoPlasma a few times now in other Panasonic reviews, so there doesn’t seem much point going into it in great detail again. The main points worth summarising are that changes to the phosphors and the way they’re addressed have enabled Panasonic to reduce their plasma response time even further than last year,  as well as producing more brightness and dynamism without increasing power consumption.

The inclusion of Infinite Black Pro technology, which removes pre-discharge from the plasma cells to boost black levels, is even more surprising, and stands as a striking sign of Panasonic’s desire to ensure that all of its 3D TVs are built to an uncompromising level. The non-3D G30 series, by comparison, just gets Infinite Black, not the ‘Pro’ version, which means its plasma cells enjoy reduced pre-discharge levels rather than no pre-discharge at all. 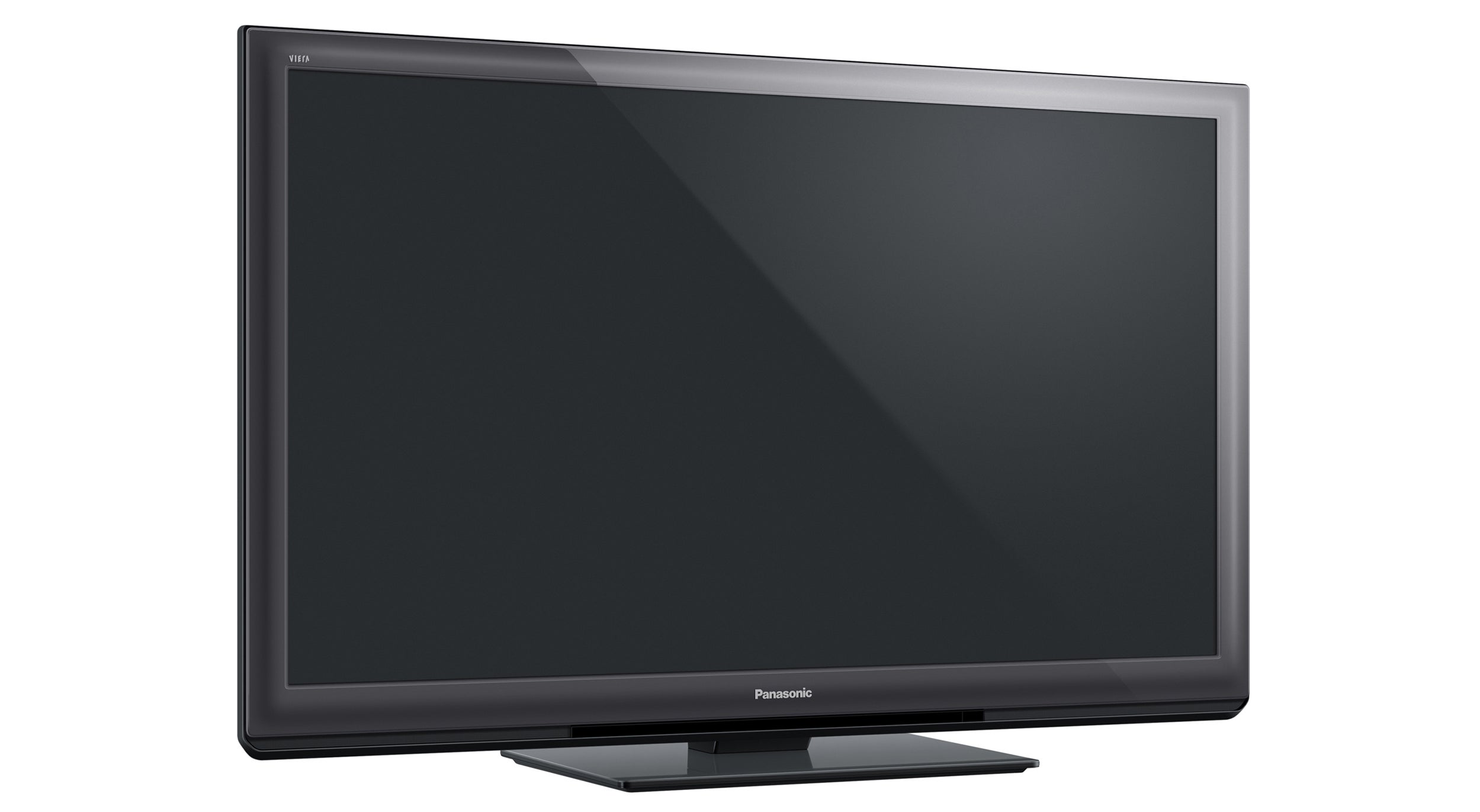 IFC interpolates extra frames of image data in a bid to reduce judder. And while it’s not to everyone’s tastes (you can turn it off if you don’t like it), we’d still class it as a positive find on what’s supposed to be an entry-level 3D TV.

So far we’ve failed to identify any areas where the P46ST30 might have cut corners to hit its cheaper price point. Look deeper, though, and the compromises do start to appear.

Actually, one is obvious as soon as you look at the P46ST30. For it’s clearly not as attractive as the GT30 and especially VT30 models. Its bezel is much wider, and its greyish colour scheme and glossy finish aren’t as distinctive or stylish. It’s still decently slim round the back though, and superbly well built.

When it comes to connections, the P46ST30 matches its costlier rivals in offering four v1.3 HDMIs, an Ethernet port, and both USB and SD multimedia support that extends to playback of video, music and video files. However, there’s no LNB input, because the set only supports Freeview HD, not also Freesat HD like the GT30 and VT30 models do.

There are only two USB inputs versus the three of the higher spec models too, and neither the USBs nor the SD slot can be used for recording from the Freeview HD tuner like they can with the GT30s/VT30s.

You can make the P46ST30 wi-fi ready via an optional USB dongle, too. However, it isn’t able to access content stored on a networked, DLNA-capable PC – something we suspect could be a deal breaker for some of our readers. Though it should be added that the TV does still retain Panasonic’s Viera Connect service, including Skype, the BBC iPlayer, the Ace Trax movie rental/purchase service, EuroSport, and a few other interesting bits and bobs besides – with the promise of much more to come.

(If you’re thinking of wall-hanging this TV, by the way, you should take note that many of its connections face straight out of the TV’s rear, rather than being accessible from the side.)

The other main features Panasonic has sacrificed to make the P46ST30 more affordable than the GT30 and VT30s are endorsements from the ISF and THX, as well as some of the attendant picture adjustment tools associated with those endorsements. Obviously this means there are no ISF or THX picture presets, but also you don’t get any significant degree of colour or gamma management. This is clearly a blow to the enthusiast market, but to be honest we suspect it won’t cause the TV’s target mass market audience any sleepless nights. 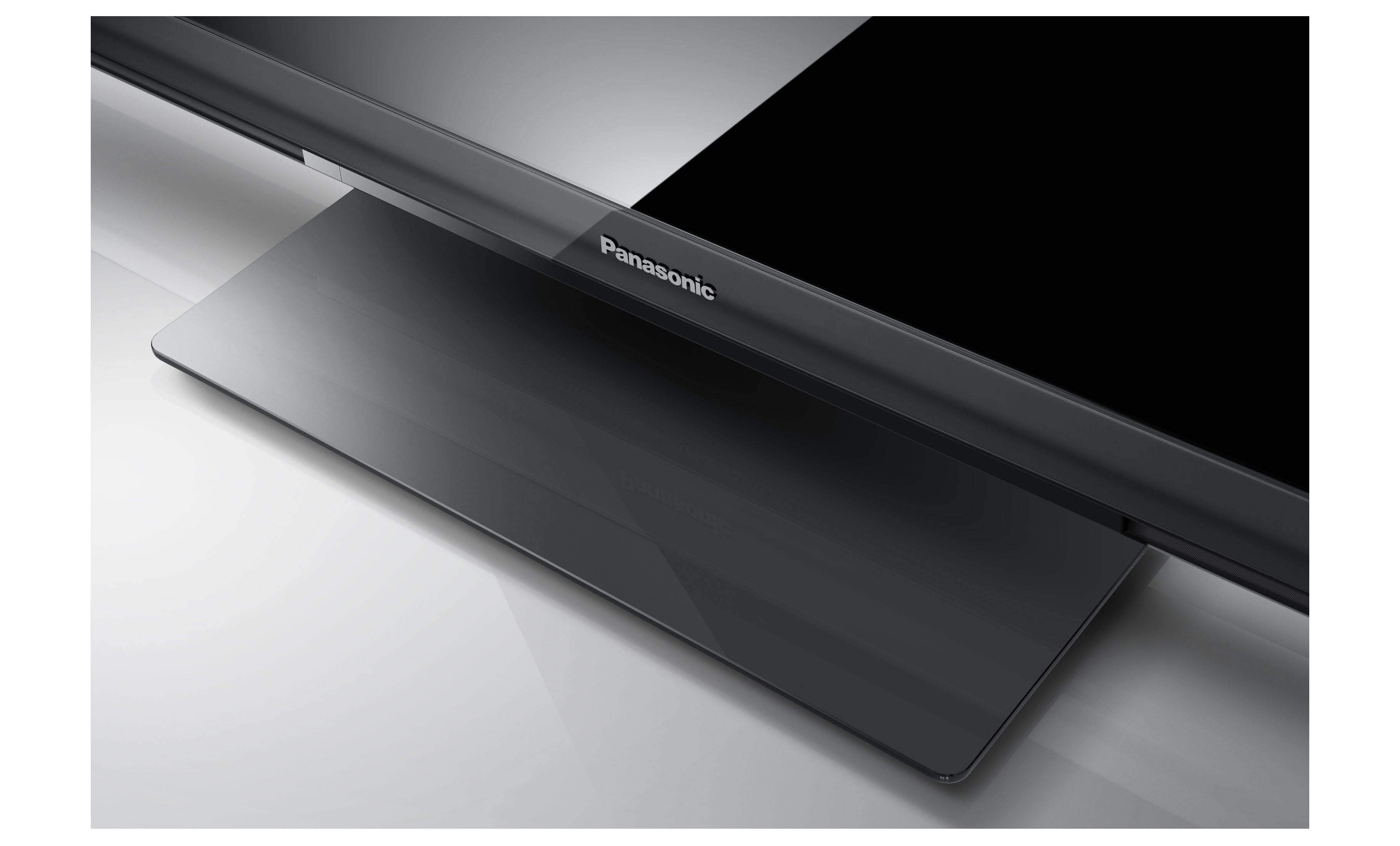 Having said that, the lack of any fine tuning tools for colours does result in one or two minor colour tone issues – especially during standard definition viewing – that we didn’t experience with the VT30 or GT30 models. But the differences we’re talking about here are pretty minor when considered against how natural and rich colours generally look versus many rival screens.

It’s also hardly fair that we started off our assessment of the P46ST30’s pictures with a negative. For in most ways they’re absolutely excellent, losing far less quality versus its more expensive siblings than you might expect. Particularly good is the way the superb black level response that’s characterised the GT30 and VT30 models remains seemingly unblemished here, allowing dark scenes to look exceptionally believable, rich, detailed and  cinematic.

The VT30 models do deeper blacks still, on account of their extra high contrast filter, but for most people looking for a normal TV rather than a movie screen for a dedicated home cinema room, the ST30’s black level response is far more than adequate.

It’s worth adding, too, that the P46ST30 seems slightly brighter overall than the VT30 series, which also makes it a good option for normal living conditions.

The P46ST30‘s HD clarity is very enjoyable too, with lots of detail presented without significant attendant noise. The clarity is enhanced, moreover, by the P46ST30’s terrific motion handling, as there’s simply no sign at all of the sort of blurring common with LCD TVs. This was particularly obvious while watching the BBC’s HD coverage of the current Wimbledon tennis tournament, as both the ball and the players remained in consistently immaculate focus.

There’s a degree of judder during camera pans, especially when watching 50Hz material. But this is reasonably effectively dealt with by the Mid setting of the IFC processing, which smooths away the judder without causing too many unwanted side effects – at least when you’re watching TV broadcasts. The IFC system makes Blu-ray films look too video-like for comfort.

The P46ST30 does a good job of upscaling standard definition pictures as well, notwithstanding the occasional slipped colour tone noted earlier. The standard def presentation isn’t as sharp as that of Samsung’s latest TVs, but noise is well suppressed, and obviously standard def images also benefit from the other P46ST30 picture strengths noted previously.

Donning a pair of Panasonic’s still too narrow and still uncomfortable 3D glasses (of which none are supplied with the TV as standard, sadly), we’re soon enjoying the same almost crosstalk-free 3D pictures lapped up on the other Panasonic 3D TVs we’ve seen this year. Not having to try and squint through crosstalk’s double ghosting noise immediately makes watching 3D less tiring and more immersive. Plus it allows you to appreciate more easily the other strengths of Panasonic’s 3D pictures this year vs last, such as richer, more vibrant colours, and much more detailed dark areas. Both of these improvements are down predominantly to the enhanced brightness ushered in by the new NeoPlasma technology. 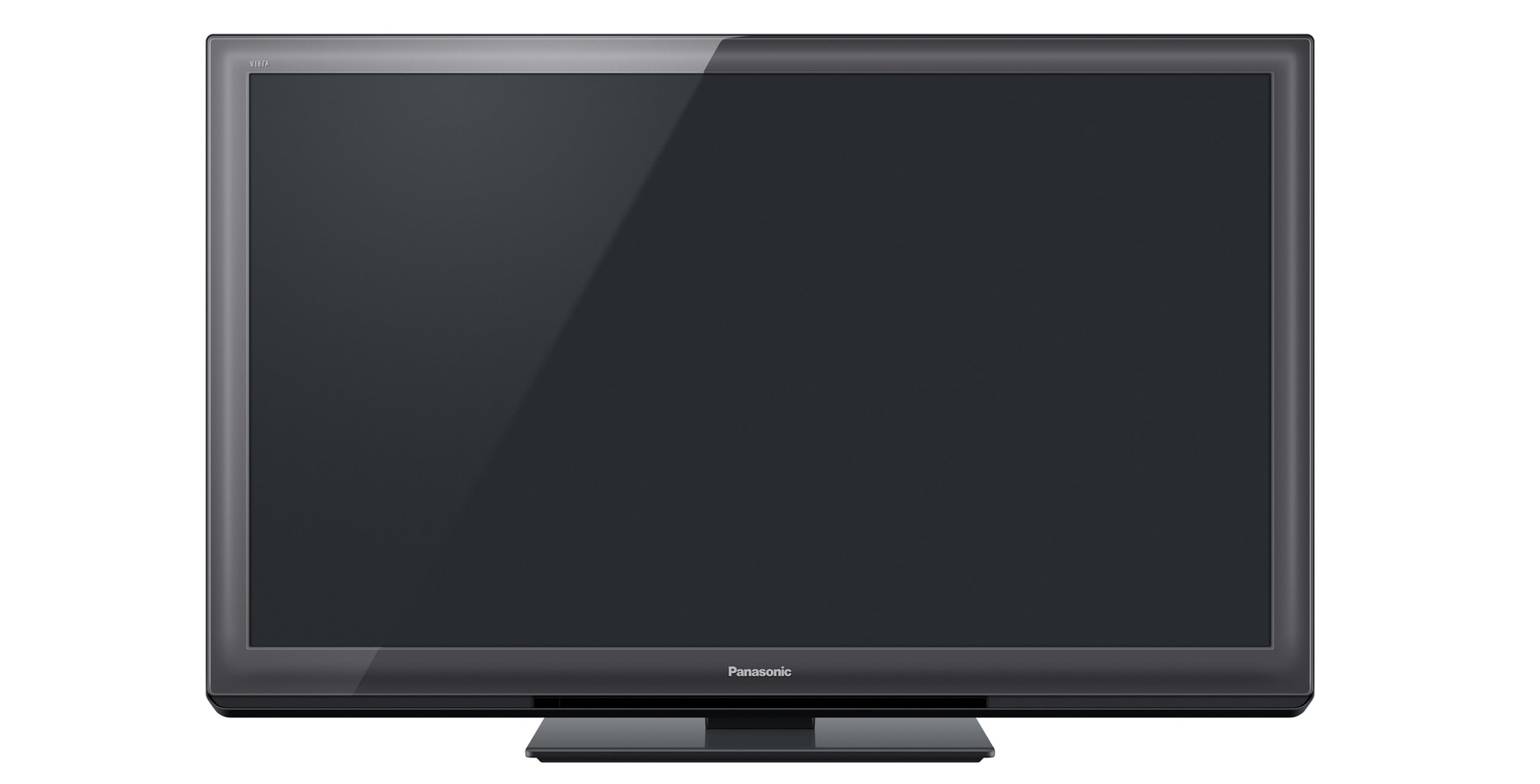 Having recently had the good fortune to spend some quality time with Sim2’s extraordinary, genuinely crosstalk-free new Lumis 3D-S projector – a snip at 30 grand – we have to say that the P46ST30 exhibited a little crosstalk during particularly difficult scenes like the lantern release sequence in Tangled. There also for some reason seems slightly less clarity to the P46ST30‘s 3D pictures than there was with the GT30 and VT30 models. But in the context of the active 3D TV world at large, the P46ST30’s 3D efforts remain impressive.

It’s important to stress, though, that the P46ST30’s pictures certainly aren’t perfect. For as well as one or two minor issues mentioned already, we also noticed some occasional brightness ‘jumping’ as the screen seemed to be adjusting its overall gamma position in response to slight changes in the image content. Plus there’s trace evidence of dithering dot noise over skin tones as they move across the screen – especially using one of the screen’s highest brightness presets. And as usual with Panasonic’s plasmas, the best settings for colours, contrast and noise suppression do leave pictures looking less bright than those of a typical LCD/LED TV – a possible issue for people who’ve got a lot of ambient light in their room.

A set as good as the P46ST30 deserves us to finish up on a high note, though. So let’s conclude by saying that we measured input lag using its game preset at under 20ms, making the screen an excellent gaming monitor, and that its sound is quite well rounded and clear by flat TV standards.

Verdict
So long as you don’t mind the P46ST30’s lack of DLNA PC streaming support, the P46ST30 is the most affordable way out there of getting your hands on a satisfyingly large screen equipped with Panasonic’s latest 3D technology. Plus it just so happens to be a very fine 2D performer as well