While you might have to work a bit harder to get the optimum performance out of the P42ST60 than you do the higher-end TVs in Panasonic’s current plasma range, the results of your efforts ar mostly stunning by £750 42-inch TV standards.

As seems to always be the case with Panasonic plasmas, the star of the show has to be the P42ST60’s spectacular black level response. Thanks to plasma’s ability to light each of its pixels more or less individually, rather than using just a few ‘external’ light sources to illuminate the whole screen as happens with LCD/LED, the panel is able to delineate an exceptionally deep black colour even when there are other elements of the picture that are bright and vivid, delivering dark scenes with an authenticity and naturalism that not even the best LCD TVs can match – especially when you’re talking about screens in the P42ST60’s price bracket. 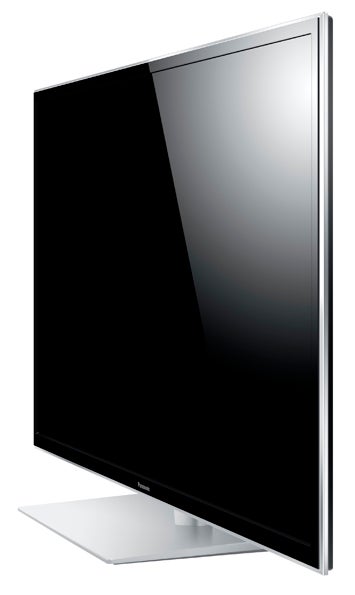 With convincing contrast being so key to the enjoyment of films in particular, the P42ST60 is thus manna from heaven to film fans without the financial wherewithal to get up to the £1000-plus prices commanded by this year’s raft of excellent flagship TVs.

As we say time and again, as well as being essential to making dark scenes look believable, a good black level response also seems to be critical to a TV producing a rich and natural colour performance. And the P42ST60 follows this trend perfectly by populating the screen with consistently credible colour tones – so long, at any rate, as you haven’t tried to push the brightness and luminance settings too high.

There is less finesse in the handling of colours – or rather, colour blends and shifts – than you see with the P42GT60, and this contributes to a sense that the picture is a little softer and ‘rougher’ than that of its step-up sibling.

There are some LCD TVs around too, that produce more finely graded colour blends than the P42ST60, especially when it comes to skin tones. However, the P42ST60 at least partly compensates for this with its ability to render levels of shadow detail and dark colour tones that elude the vast majority of LCD TVs.

We’ve suggested a couple of times that the P42ST60’s HD pictures aren’t the sharpest in town. But while this statement is true, it needs qualifying with the point that the sort of motion blur you tend to see with LCD screens is all but non-existent on this plasma set. And it’s not replaced by too much judder, either, so long as you’re willing to at least experiment with the lower power settings of the set’s actually quite astute motion processing tools.

Also important is another plasma advantage over LCD: wide viewing angles. You can watch the P42ST60 from almost as wide an angle as you like without the image losing colour saturation or contrast.

For much of the time – and especially with the precision of Blu-ray content – the P42ST60’s pictures really are terrific for its money. But there are a few signs of its affordable nature relative to Panasonic’s step-up models.

First, the way standard definition pictures are upscaled to the panel’s HD resolution is a touch average, leaving them looking a little noisy and soft, and suffering a slight reduction in colour naturalism versus HD. (Though we improved the colour issue simply by toning down the colour setting to a lower level than we used with HD.)

Next, the screen’s use of a less high-grade screen filter than the P42GT60 results in its pictures being more susceptible to ambient light pollution. By which we mean that the set’s contrast and colour handling both reduce in quality if you’re watching the set in high levels of ambient light, while the screen is also a little susceptible to reflecting bright objects in your environment.

The moral of the story is that if you get a P42ST60 you should always try and dim the lights/draw the curtains when you’re watching it ‘seriously’. And we guess it follows from this that if you’re looking for a TV to go into a particularly bright room, you might be better looking at a different TV altogether!

Used as the main TV for the review period
Tested for more than a week
Tested using industry calibrated tools, discs and with real world use
Tested with broadcast content (HD/SD), video streams and demo discs
Previous
Panasonic TX-P42ST60 Review Next
3D, Audio and Conclusions Review