There’s no doubt that Panasonic really wants you to buy its 3D TVs. The brand has poured an enormous amount of time and money into revamping the panels in its 2011 3D plasma TVs, and has expanded its 3D range downwards in a bid to make 3D more accessible to the mass market.

It has even gone so far as to use less advanced plasma technology in its non-3D screens, in a bid to tempt you to get 3D in your life even if you’re only really interested in getting quality 2D.

So it is that the non-3D P42S30 we’re looking at today uses last year’s NeoPDP plasma panel rather than this year’s NeoPlasma design, and doesn’t have Panasonic’s key Infinite Black technology (instead we just get something called ‘Superb Contrast’).

Given how effective both NeoPlasma and Infinite Black have proved in enabling Panasonic to produce class-leading black level performance on other models in its range this year, its absence from the P42S30 raises questions about just how big a picture quality compromise the TV might require us to swallow in return for its low, sub-£500 price. 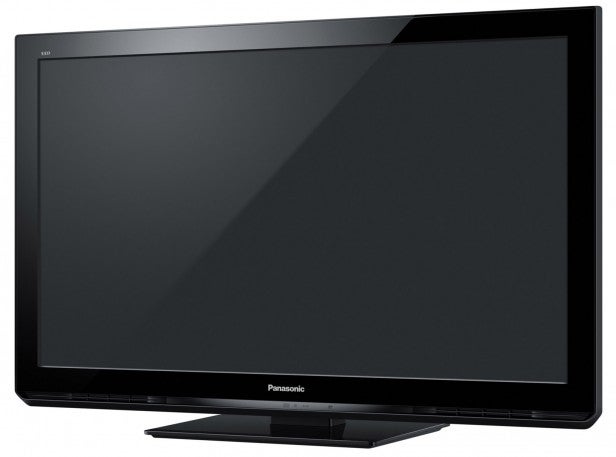 It doesn’t help assuage our fears that the P42S30 isn’t very glamorous to look at. For the most part it’s just a plain black square, with only its extremely glossy finish and gently rounded bottom corners giving it even a hint of style. Its also chubby compared with most of today’s flat TVs. On the upside, it feels exceptionally well built for such a cheap TV, highlighting the flimsiness of many of today’s ‘size zero’ TV supermodels.

Its connections are solid for such an affordable TV. You only get three HDMIs rather than the four that one or two budget models manage, but you also get a couple of USBs and a LAN port, neither of which are givens at the budget TV level.

Both these multimedia tools have multiple uses. The USBs can be used to either add Wi-Fi via an optional USB dongle, or to play back multimedia video, photo and music files from USB storage drives. The types of file supported are: AVCHD, SD-Video, Motion JPEG (Lumix), MP4 (Xacti), DivXPlusHD, MKV, WMV, JPEG, MP3, AAC and WMA.

The LAN port is there as required support for a built-in Freeview HD tuner (which is itself a good thing to find on such an affordable TV). But it also acts as your hardwired access point to Panasonic’s Viera Connect online service.

We hadn’t necessarily expected Viera Connect to have survived the feature trimming process Panasonic has had to apply to the P42S30, to hit its ultra-aggressive price point. But it’s there, and supplies the now-familiar mix of video streaming services (including the BBC iPlayer, the AceTrax movie rental/purchase service, Eurosport news feeds, YouTube and DailyMotion) and social media tools.

At the time of writing there’s no question that the amount of content on Viera Connect is lagging behind what’s available on rival online TV formats. But although we seem to have been saying this for an awful long time, it really does look like Viera Connect is finally going to get a substantial shot in the arm with the launch of a Marketplace, from which you can buy more apps and even physical accessories.

The sort of stuff coming very soon includes streaming games and an optional joystick to play them with, plus heart-rate monitor and treadmill accessories to use in conjunction with some new health and fitness apps. Panasonic has also recently opened its Viera Connect platform to third-party developers, which could potentially lead to an explosion in content in the coming months.

Should this happen, though, Panasonic will need to radically revamp its Viera Connect interface. For the dated-looking system currently being used really isn’t capable of handling the sort of content levels we’re ultimately expecting. One last point to make about the P42S30’s connections is that the LAN port doesn’t support streaming from DLNA PCs. 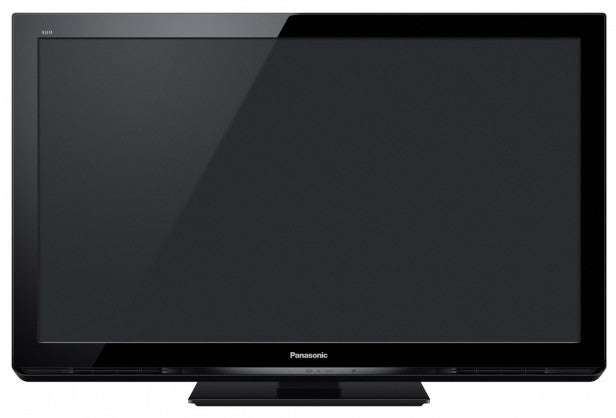 Heading into the P42S30’s menus, we’re reminded quite quickly that despite its Viera Connect bangs and whistles, this is, after all, a budget set. Calibration aids are fairly thin on the ground compared with sets higher up Panasonic’s TV range, with the lack of any serious colour management tools in particular making it no surprise that this set doesn’t come endorsed by the Imaging Science Foundation (ISF).

The set does cling on to some picture processing tools, though. The most unexpected of these is Panasonic’s Intelligent Frame Creation system for boosting motion reproduction, but we also got some joy out of a Resolution Enhancer, which makes standard definition pictures look sharper. In action, the P42S30’s pictures do betray their lack of Panasonic’s Infinite Black technology. For their black level response is clearly a good few steps behind that of higher-level Panasonic models like the P50G30 or, especially, any of the brand’s 3D models.

Still, it would surely have been too much to expect the P42S30 to deliver the same contrast performance as its more expensive siblings. And actually, when compared with LCD and rival-brand plasma models at the same sort of price level, the P42S30’s contrast performance is actually very good. Dark scenes only look slightly rather than extremely grey, and plasma’s self-emissive nature helps the screen deliver much richer levels of shadow detail than you tend to get with LCD technology.

The P42S30 delivers a couple more significant advantages over LCD too. First, you can watch its screen from a really very wide angle without suffering the sort of contrast and colour problems associated with non-plasma TVs, and second there’s no motion blurring whatsoever.

There is a little judder when watching 50Hz material, but you can more or less eradicate this with judicious use of the Intelligent Frame Creation system. Just make sure you don’t set this system too high, though, or else the image can start to look unnatural.

We were also impressed with the P42S30’s colour handling. Provided you avoid the set’s weird Normal picture preset (which leaves pictures looking really very muted), while you don’t get the sort of gaudy vibrancy you might see with an LCD TV, you do get natural, believable, and subtly rendered tones that only suffer from minimal amounts of colour striping. This makes the screen a particularly good friend of Blu-rays if you’re a film fan. 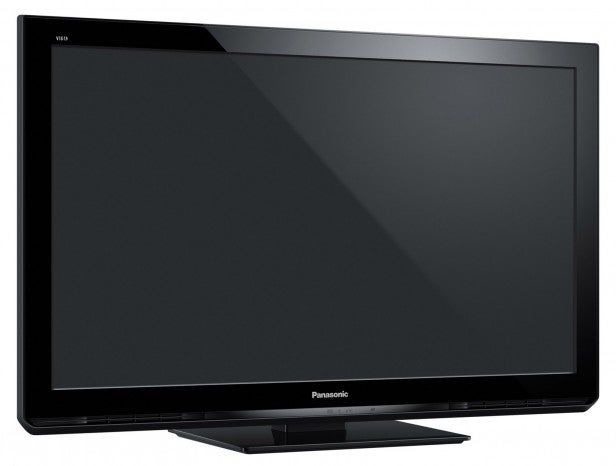 The P42S30 manages to carry a full HD resolution (something that isn’t actually a given in the 42in plasma world), which it puts to good use in reproducing high definition pictures with impressive levels of sharpness and clarity.

Standard definition pictures by comparison can look slightly soft. But this has the effect of hiding source noise, and anyway, if you really want your standard def images to look sharp regardless of how much noise comes with that, you can always ramp up the ‘power’ of Panasonic’s Resolution Enhancer feature.

With some acceptable if hardly outstanding audio keeping the P42S30’s enjoyable pictures company (although the soundstage does get a little brittle during loud action scenes), only one thing ultimately stops us from giving the P42S30 a 9 or 10 score. And that issue is that the P42S30’s pictures really aren’t very bright. So they could well look a bit too dark for comfort if you’re looking for a TV to place in a very light environment.

A provided Dynamic image preset improves things a bit in this respect, but at the expense of natural, balanced colours. So it should only be used on rare occasions, if at all.

Verdict
While the P42S30 isn’t as stand-out brilliant as so many other TVs in Panasonic’s 2011 range, if you can run it in a reasonably low-light environment it’s still better than you’ve a right to expect for its money.