It’s worth stressing here, too, that Panasonic’s new Hexa Processing engine lets the Panasonic P42GT60 deliver surprisingly effective anti-judder processing via Panasonic’s Intelligent Frame Creation/24P Smooth Cinema systems. We’re not saying you should definitely use this system, mind you; it can leave images looking too ‘liquid smooth’ to resemble a genuine 24p cinema experience. But we are saying that the processing engine is now powerful enough to deliver judder reduction without the image suffering heavily with such unwanted artefacts as flickering and shimmering – so long, at least, as you never venture higher than the system’s lowest power level. 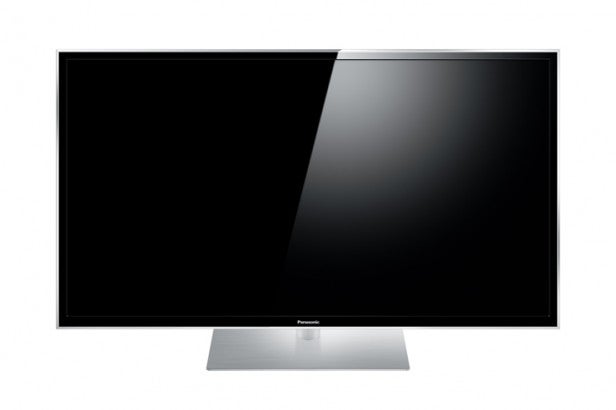 Yet more good news concerns the picture presets for the Panasonic P42GT60. The latest Normal preset is a much more useful out-of-the-box setting than we’ve seen from Panasonic before, leaving you only having to deactivate the set’s eco picture mode and noise reduction settings before you’ve got a truly enjoyable picture.

The two THX 2D presets are also a better ‘instant’ option for film fans than ever before – not least because these presets show an excellent understanding of the P42GT60’s panel’s minor weaknesses. In particular, the luminance level of the THX mode is perfectly judged to avoid the slight tendency you see with the other presets for dark but detailed parts of pictures to look a little fizzy and ‘alive’.

There are two significant ‘practical’ advantages of the Panasonic P42GT60 we should mention, too. First, its use of plasma rather than LCD tech means you can watch it from almost any angle without pictures suffering a significant reduction in contrast or colour saturation.

Second, the increase in brightness the P42GT60 enjoys vs earlier Panasonic plasmas, together with a greatly improved ambient light filtering system, mean you can watch this new screen in much brighter room conditions than any previous Panasonic plasma without the image losing dynamism and/or colour accuracy.

This latter fact should also give the GT60 range a far better chance of holding their own on harshly lit shop floors when trying to compete in such unhelpful conditions with LCD TVs.

Tearing ourselves reluctantly away from HD viewing to standard definition, the Panasonic P42GT60 still impresses. Its upscaling engine is superb, sharpening pictures up considerably while also suppressing source noise. Even better, watching a couple of standard def football games it was a huge relief to find only the slightest hint of the ghosting and fizzing noise around the pitch lines, which has been apparent during fast camera pans with so many Panasonic plasma generations before.

Given the P42GT60’s increased brightness, we fired up a 3D movie full of hope that we’d no longer feel frustrated by the brightness reduction in 3D mode that’s been so obvious with previous Panasonic plasma generations. And so it proved.

While there is still a clear dip in brightness when the 3D glasses (two of which are included free with the TV) kick in, 3D images still have enough punch to grab and hold your attention while also being able to deliver more shadow detail in dark areas and, as a result, a deeper and more accurate sense of depth. 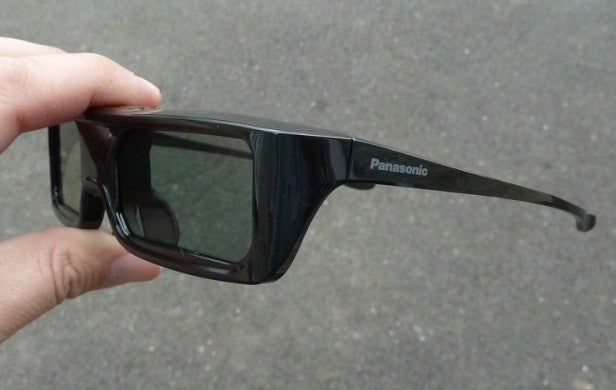 You also get a great sense of the full HD nature of the active 3D format when watching 3D Blu-rays, and 3D motion looks remarkably clean and judder-free – so long as you use the motion processing. Motion still isn’t shockingly bad if the purist in you refuses to contemplate the 24p Smooth Film motion processing options, but for us the slight ‘over-fluidity’ of 3D images with the motion processing engaged easily trumps the attention-distracting jitter you see with the Smooth Film mode turned off. This fact made us not as keen on the processing-averse 3D THX setting as we were on the 2D THX setting.

The single best thing about the P42GT60’s near-flawless 3D images, though, is their almost total freedom from crosstalk ghosting noise. This makes 3D much more immersive and much less tiring to watch than it is on screens which are rife with crosstalk.

After the frequently astonishing glories of the Panasonic P42GT60’s 2D and 3D pictures, the set’s audio is just a little disappointing. The mid-range isn’t quite as expansive as we’d like, leaving dense soundtrack moments sounding a little compressed and muddy. The set does, though, deliver a slightly richer bass line than many of its flat TV rivals, and proceeding seldom slide into harshness despite the lack of headroom the mid-range contains.

One final point to consider is the P42GT60’s potential as a gaming monitor. And we’d rate it as outstanding. For as well as its terrific contrast and motion handling proving perfect companions for your typical game, we also measured input lag at a very respectable 35ms for the most part. One or two of our measurements came in higher, at a much less helpful 62ms, but these moments were very much in the minority.

The Panasonic P42GT60 is an incredible achievement by Panasonic, taking its already formidable plasma technology to a whole other level. So much so that we have no hesitation in recommending it as something that anybody – not just serious movie fans with dark rooms – can fall in love with.