Alongside all this picture fine-tuning is Panasonic’s startling My Home Screen interface, designed to streamline and personalise the process of finding content across all the Panasonic P42GT60‘s myriad content sources – Freeview HD and Freesat HD tuners, AV inputs, multimedia on smart devices/networked DLNA computers, and online apps/video streaming services. 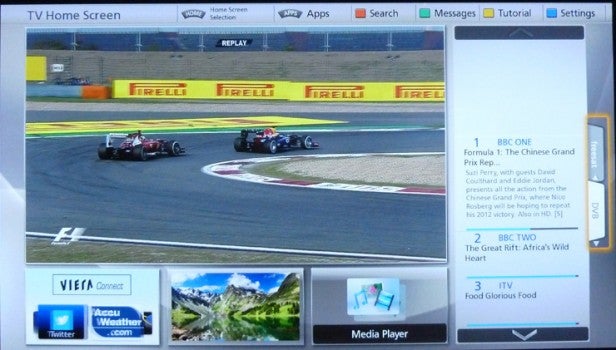 You can read our full Panasonic My Home Screen review for the full details, so here we’ll just say that it’s currently our favourite smart TV system, thanks chiefly to its simplicity (including in-depth explanations and tutorials) and flexibility. Particularly great is the way it allows you – and every member of your household – to create customised, personalised home screens containing direct links to all your preferred content.

The only issue is that Panasonic’s Viera Connect online platform is missing two or three key video content providers at the moment, including LoveFilm.

Also worth a quick mention here is the Viera Remote 2 app for iOS and Android devices, which does a great job of combining second screen playback of what’s showing on the TV with the facility to cast multimedia on your smart device to the TV screen. Plus, of course, you can control the TV via your touchscreen device or even by voice commands issued through your smart device’s mic. 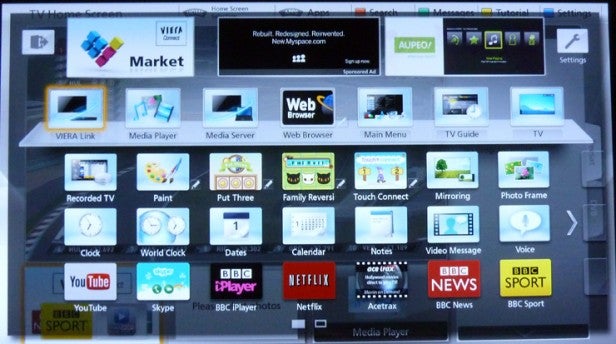 For most people excited by the thought of a new Panasonic TV, though, the main event of the P42GT60 will inevitably be its picture quality. So we’re very pleased to report that this is nothing short of stunning.

Even by Panasonic’s famously good standards, for instance, the P42GT60’s black level response is magnificent. Parts of pictures that should look black actually do; not grey, not blue, not green, but genuinely, naturally, pure black. Not surprisingly this makes the Panasonic P42GT60 gorgeously adept at handling the sort of very dark scenes that punctuate so many of our favourite films.

It’s not just the depth of the P42GT60’s black levels that makes it so stunning to behold with dark scenes, though. For plasma’s self-emissive pixel approach also means that it delivers pretty much flawless shadow detailing in even the very darkest corners, completely avoiding the hollowness that so often afflicts LCD TVs when they’re asked to reproduce an extremely dark sequence. 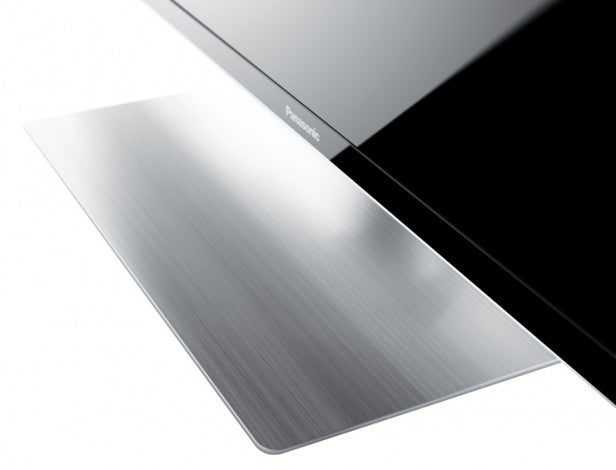 Plasma’s self-emissive nature also lets the Panasonic P42GT60 to give dark scenes a degree of dynamism seldom seen in the LCD world, since the fact that each pixel is responsible for its own light level enables bright parts of predominantly dark scenes to look just as potent and punchy as they would if the entire image was bright and vibrant. Even Samsung’s outstanding new LCD TVs have to sacrifice a significant amount of overall lighting when trying to reproduce very dark scenes, yet with the P42GT60 dark images look as full of dynamic range as they would at the cinema.

What’s more, they manage to do this while suffering not a trace of the backlight inconsistencies/clouding many LCD TVs still suffer with when asked to combine light and dark content in the same frame.

It’s important to add here that Panasonic has delivered a really significant jump in brightness output compared with its previous plasma generations, making huge inroads into tackling what has been the main chink in Panasonic’s plasma armour for years now.

As well as introducing a greater sense of dynamism to the portrayal of dark scenes, the Panasonic P42GT60’s newfound brightness also works wonders on bright fare, injecting a new level of punch to proceedings that looks much closer to the colour-rich aggression LCD has traded on so successfully for so long. 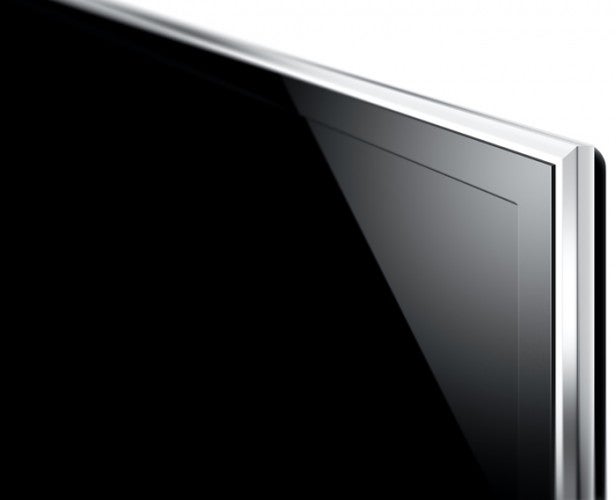 Before fans of plasma’s reputation for more subtlety and nuance start to worry about the P42GT60’s stronger colour and brightness, though, rest assured that Panasonic’s latest plasma retains some of the most subtly rendered and certainly most natural colour tones in the TV business. In fact, we’d argue that the enhanced dynamism helps the P42GT60 deliver a more natural palette than any Panasonic mid-range plasma before, with crisper whites and a more neutral balance between the dominant red, green and blue tones.  Not bad when you think that even Panasonic’s previous plasma generations have long being considered by the AV cognoscenti to be the last word in colour accuracy.

The P42GT60 is also a joy to behold when it comes to sharpness and detailing. Its plasma panel automatically gives it a huge edge over LCD models when it comes to avoiding resolution loss over moving objects. But going beyond that the set’s powerful colour processing and vastly improved sub-field driving system ensure that HD detailing is also allowed to appear unencumbered by colour banding/blocking or excessive judder.

Just as important is the way the Panasonic P42GT60 resists the temptation, even
with its non-THX presets, to over-egg the sharpness pudding, avoiding the
distracting granular, fizzy look HD sources tend to exhibit with, for
instance, Samsung’s plasma TVs (until you ramp down their brightness
and contrast settings).