Despite 4K/Ultra HD TVs still being so new the industry hasn’t even settled on a final name for the tech yet, we already seem about to encounter a true second generation 4K/Ultra HD screen in the shape of the forward-thinking Panasonic L65WT600B.

That it should be Panasonic leading this 4K leap is perhaps surprising given that the L65WT600B is the brand’s first ‘mainstream’ 4K screen (assuming you don’t consider its 2010-launched, £500,000 152-inch 4K plasma screen to be mainstream!). But the evidence from an in-depth hands-on we had with the Panasonic L65WT600B at Panasonic’s Bracknell HQ seems undeniable.

Note: This is not a full review but a preview. Our full review will come in the next couple of weeks. 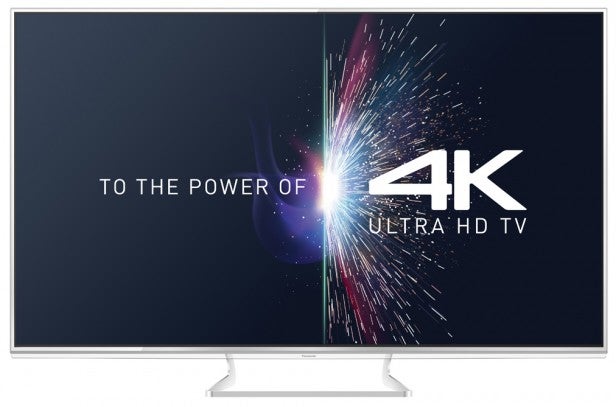 The main reason for the L65WT600B’s cutting edgness is its connections. Unlike any other TV on the market today, the Panasonic L65WT600B sports an HDMI 2.0 input – the new connection standard devised to deal with the huge data streaming demands of 4K video.

But that’s not all. In what may prove a very astute move, Panasonic has also included on its 4K TV a DisplayPort input, in recognition of the fact that while sources with HDMI 2.0 output ports are currently essentially non-existent, there are already PC rigs out there able to deliver full-spec 4K feeds via DisplayPort.

Given that we’ve already tested a bunch of 4K TVs, you might be wondering why these new connections on the Panasonic L65WT600B are such a big deal. But Panasonic’s engineers did a very convincing job during a series of demos and presentations of shouting HDMI 2.0/DisplayPort’s advantages from the rooftops. 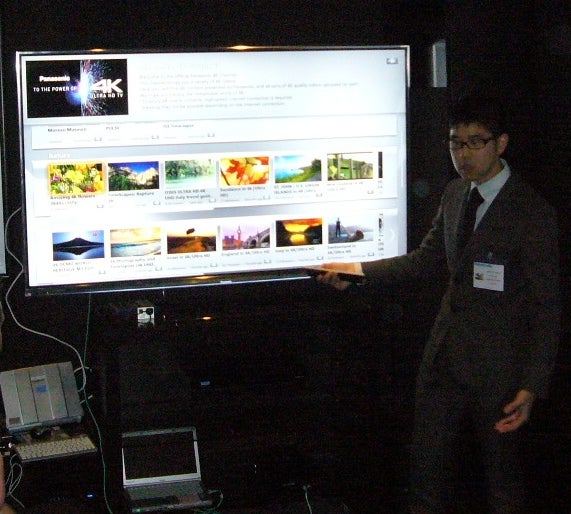 The first and initially most important point is that unlike the current HDMI spec sported by the other 4K TVs currently in town, the HDMI 2.0 port on the Panasonic L65WT600B enables the TV to receive 4K feeds at frame rates up to 60p, whereas you’re limited to 30fps with HDMI 1.4.

To show just how important this is, Panasonic let us play Kickstarter-funded game Project CARS on an L65WT600B in a 3840×2160 resolution at 60p frame rate. This turned out to be a rather foolish decision in terms of our racing capabilities (FPS games are more our bag, OK?!) but a very good one in terms of showing why high frame rates are so important for 4K. For the clarity of the motion on the screen was astonishing, with zero judder to interfere with the gorgeous experience of seeing so many pixels at work on your pictures. 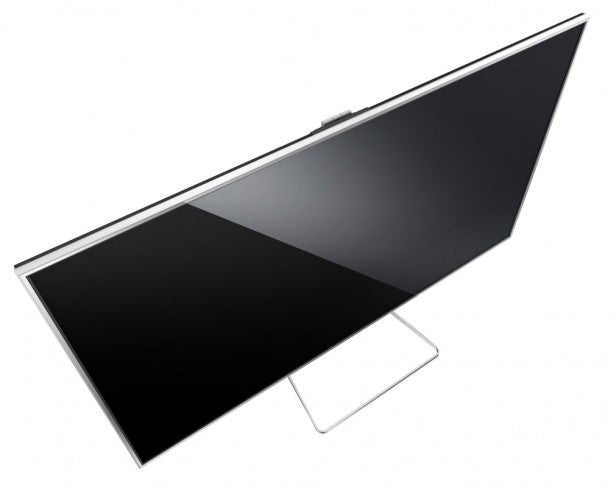 For the brief period of time where we could see some of the rival cars in the race before they disappeared over the horizon, we were also very struck by the intensity and definition of their paint jobs. And Panasonic’s engineers were keen to stress that this, too, is down to the new connections on its TV, since they make it possible to deliver high-frame rate 4K feeds using 4:4:4 colour subsampling.

Apologies if that last statement made your brain explode, but actually 4:4:4 colour sampling isn’t that hard to explain. It refers to the ability of a source and a screen to deliver full colour information for every single pixel in a picture, rather than only for a percentage – usually half or a quarter – of the pixels in a picture.

While it’s possible that current rival 4K TVs that only have v1.4 HDMIs will be able to handle higher 4K frame rates via firmware updates, Panasonic’s engineers were adamant during our meet that these screens will not also deliver full colour bandwidth. It’s just not possible given the 10.2Mb data rate limitation of HDMI 1.4. Panasonic’s HDMI 2.0 port, by comparison, can handle 18Mb.

Panasonic backed up its gaming demo with a simple but effective colour ‘circle’ test screen that showed quite clearly the difference in colour clarity you get with 4:4:4 colour subsampling – raising in the process interesting questions about just how much the HDMI group may be ‘fudging’ 4K’s picture quality potential by allowing other manufacturers to use reduced colour subsampling. 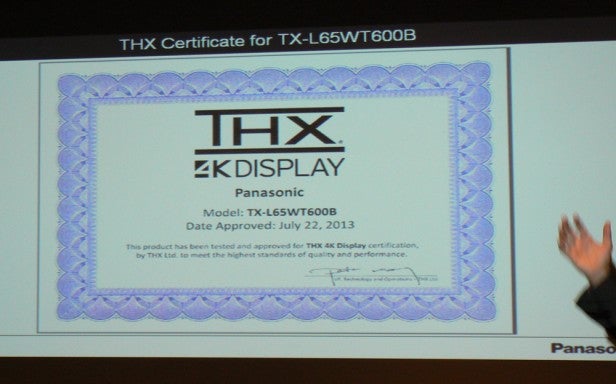 Moving away from the connections, the L65WT600B is also the first 4K LCD TV to earn the official endorsement of the independent THX picture quality assurance group, the first TV to sport a native 4K Internet browser, the first 4K TV to deliver on a single chipset a native 4K video pipeline for carrying H.264 streams up to 120Hz, and Panasonic’s first TV with a 4K Hexa-Processing system, which adopts a ‘database’ approach that sounds similar to Sony’s X-Reality engine.

Aside from some evidence of light blocking caused by Panasonic’s local dimming (which may well be improvable via the TV’s settings) we came away from our in-depth introduction to Panasonic’s 4K vision feeling hugely impressed. Keep your eyes peeled for a full review in the next couple of weeks.

Next, read our guide: What is 4K TV Ultra HD?