At
first glance a selection of our favourite dark sequences look distinctly
grey and misty where they should look black. To make maters worse,
there’s also a degree of inconsistency in the intensity and even colour
tone of the screen’s lighting in different parts of dark images.

Thankfully, though, the day is saved – in some ways – by Panasonic’s local dimming system, dubbed Adaptive Backlight Control in the Panasonic L55DT65’s menus. Switching this to its Max level instantly turns the previous disturbingly milky greys into a tone that actually looks pretty close to black. The impact is so great, in fact, that it’s almost as if you’re suddenly watching a totally different TV. 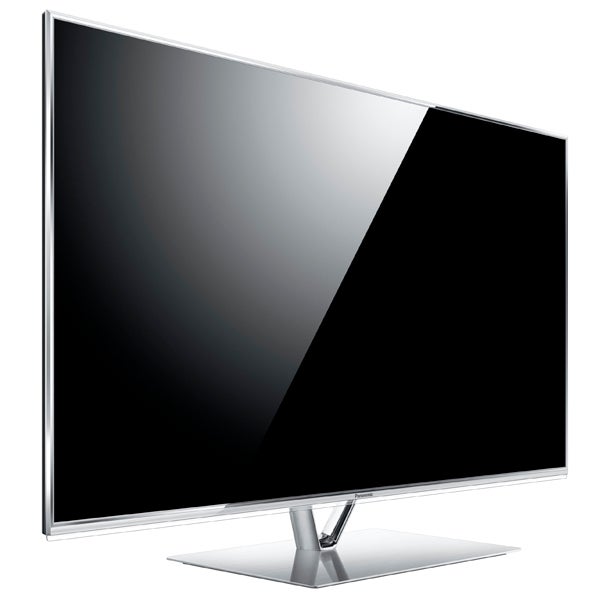 The impact of introducing the highest level of the set’s local dimming engine is particularly obvious in the black bars that sit above and below 2.35:1 (or similar) aspect ratio films. But its hugely beneficial impact is obvious in any dark content within the main image.

Also appreciated using the Adaptive Backlight Control feature is the image’s more dynamic, punchier appearance, as the local dimming allows bold segments of the picture to stay punchy and bright even while the lighting in a neighbouring segment has been significantly reduced to deliver a more convincing black colour.

Before we all breathe a massive sigh of relief and move swiftly on to crowning the Panasonic L55DT65 with a Recommended badge, however, there is also a downside to the Adaptive Backlight Control system. Namely that at its Max setting the picture tends to look quite unstable during dark scenes, as the system keeps adjusting both its local and overall brightness levels quite aggressively in its bid to keep the image’s contrast range and black levels at their optimum level as the content continually changes.

As you might imagine, this can be quite distracting at times, making you suddenly aware of the technology you’re watching rather than the film you’re watching on it. Reducing the Adaptive Backlight Control to its Min setting reduces greatly the obviousness of the flickering and brightness adjustments, but it also greatly reduces the screen’s black level depth.

It also has to be said that the Max backlight control setting leads to a pretty significant reduction in the amount of visible greyscale and shadow detail information in dark parts of the picture. So, while the Panasonic L55DT65 certainly exhibits a big leap in the right direction compared with last year’s equivalent model, it’s still frustrating that you have to sacrifice lighting stability if you want to achieve a convincing black level – a situation that might only be solved, we suspect, by either using a panel with a deeper native black level response next year, or by using more dimming ‘zones’, like Panasonic’s imminent WT65 models.

As with the L55ET60, the Panasonic L55DT65 is arguably at its best with 3D. Here the slight dimming effect of the glasses reduces the impact of the TV’s sundry contrast issues, while the set’s extreme brightness and colour-richness ensures that 3D images look wonderfully vibrant and engaging. There’s absolutely no crosstalk to worry about either, thanks to the use of the passive 3D system.

On top of this, 3D images look sharp and clean, and the sense of depth is substantial without becoming unnatural.  The Panasonic L55DT65 outguns the already enjoyable 3D efforts of its cheaper L55ET60 siblings, meanwhile, courtesy of its improved motion handling, which avoids 3D’s common judder flaw without leaving the image looking processed and unnatural. 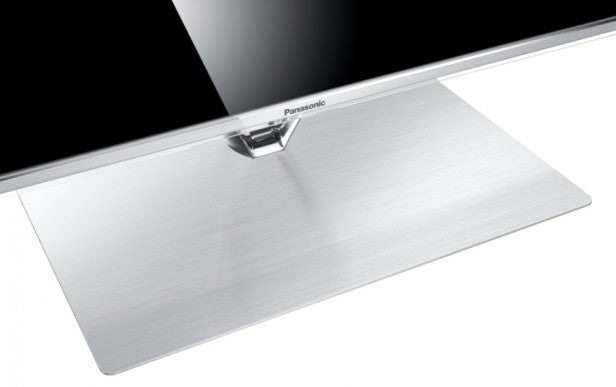 The usual passive 3D riders apply: slightly visible horizontal line structure over some bright footage, a rather jagged look to contrasty edges, and a slight loss of resolution versus the best active 3D systems. But the Panasonic L55DT65 is never less than an easy and eye-catching 3D watch.

Gamers considering a Panasonic L55DT65 will be reasonably pleased by our measured input lag of 42ms for the screen. This is lower than we’re accustomed to seeing from screens that use LG’s passive 3D TVs at their heart. We should point out, though, that this 42ms figure is an average derived from multiple measurements that ranged between a common 32ms and an occasional 62ms. We should also stress that to achieve these figures we turned off all the TV’s picture processing, including the Adaptive Backlight Control.

Turning our testing attention to the Panasonic L55DT65’s audio, it’s a touch disappointing. It sounds more or less identical to the L55ET60 in fact, meaning that while there’s a decent amount of detail in the soundstage and a clean middle range, bass sounds a little forced and harshness can set in during action scenes.

The Panasonic L55DT65 is mercifully a big improvement on its predecessor, and for a great deal of the time its performance is terrific. However, we’ve got to think that anyone investing so heavily in such a large TV will fancy some serious movie viewing from time to time. And when the TV is used for that, its inability to deliver simultaneously both a deep and a stable black level performance can cause some unwanted distractions.

Overall, then, while we can certainly declare the L55DT65 good, it’s not quite consistent enough to earn a Recommended badge.