As soon as we set eyes on the new flagship full HD LCD TV from Panasonic’s 2014 range, we could see it had a problem.

The thing is, Panasonic was showing the AS800 HD series (known as AS802 for the UK) not alongside other HD TVs but alongside the brand’s new UHD TVs: the AX800 series and the all-singing, all-dancing AX900 series.

It was thus immediately obvious that the 55-inch (47-inch and 60-inch models are also available) L55AS802’s HD pictures weren’t as detailed and crisp as those of the UHD TVs around it. But also the L55AS802’s colours weren’t as rich and dynamic — a result, no doubt, of the AS800 series ‘only’ having an Advanced Colour Spectrum panel while the AX900 and AX802s both feature Panasonic’s new Studio Master Colour panel designs, which offer next-level colour vibrancy and accuracy, especially when showing colours in dark scenes.

The L55AS802’s motion handling didn’t look as good as that of the 4K models either, as its 1800Hz motion processing caused more trailing and haloing processing artefacts around the football players in the brave demo footage Panasonic was showing.

Of course, though, in pure performance terms it isn’t really reasonable to compare a full HD TV with a UHD one. So let’s try and blot the UHD models from our field of view and give the AS800 another chance. 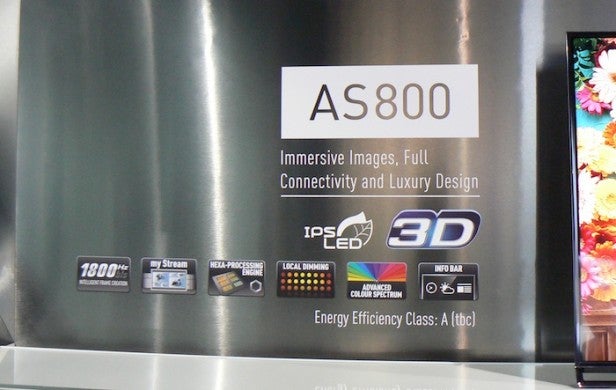 Considered in isolation, you realise that it’s a fine looking TV thanks to its glossy black, well-built frame, the way the screen tilts back slightly, and the way it’s moulded directly onto its low-sitting, full-width easel-style stand.

It’s a bit deeper round the rear than most modern TVs, but there’s a reason for this: it uses direct LED lighting, where the LEDs sit directly behind the screen. This approach almost always delivers better black levels and contrast than edge LED TVs, especially when, as in the AS800’s case, it’s partnered by local dimming, where clusters of the rear lights are controlled individually. 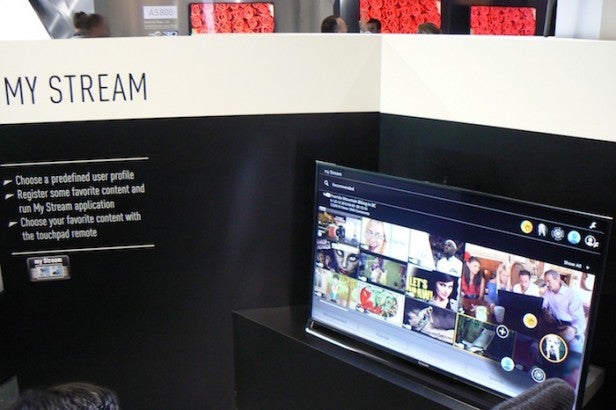 It must be said that only 32 control zones are supported on the L55AS802 versus 128 on the 55-inch and 65-inch flagship AX900 4K models, but any dimming is usually better than none.

The L55AS802’s BLS/frame interpolation motion processing system still delivers a high claimed 1800Hz-like effec, even though it’s not in the same ballpark as the 3000Hz figure boasted by the AX900 models.

Also crucial to the L55AS802’s appeal is its compatibility with all of Panasonic’s new Smart TV innovations, including the TV Anywhere system for streaming your TV content to smart devices outside the home; My Stream for aggregating content you might like into a single visually appealing content ‘ribbon’; and the brilliant new Freetime feature that lets you enjoy catch up TV for all the main UK TV channels (on Freesat as well as Freeview) via a simple ‘rewindable’ electronic programme guide.

Considered from a purely HD perspective, then, the L55AS802 has plenty going on to help it stand out from the HD TV crowds. And the time we spent checking out its picture quality while ‘blanking out’ the pictures coming from its UHD neighbours suggested that its image quality is likely to be strong overall by HD TV standards. 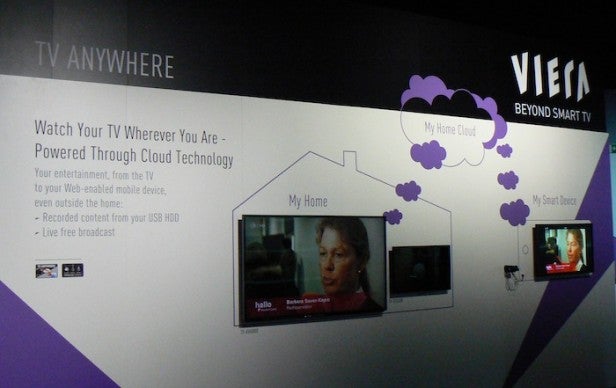 Even so, though, we’re worried the L55AS802 might struggle to find an audience.

We’re not saying this because there’s anything obviously wrong with it, but because – as with other brands’ high-end HD TVs – we feel it might get squeezed by the dropping prices and growing ranges of UHD TVs. In other words, will anyone want to buy a high-end HD TV when spending not much more could land a UHD/4K TV instead?

The lack of native UHD content might come to high-end HD TVs’ aid, but otherwise it might be that aggressive pricing will be what’s needed to get L55AS802’s shifting. Problem is, with so many other HD models sitting below the AS802 in Panasonic’s huge TV range this year it’s not clear at this stage how much room for pricing manoeuvre the L55AS802 might have…

We hope to be proved wrong when we get our hands on a AS802 to review properly, of course, but that’s where things stand right now.