What is the Panasonic TX-L50E6B?

The L50E6B is a 50-inch LCD TV from the lower middle part of Panasonic’s current range. It carries Panasonic’s latest My Home Screen smart TV platform, though it’s not geared up for 3D.

Considering it’s a relatively low-end TV by Panasonic standards, with an approachable £790 price, the L50E6B is a pretty attractive TV. For starters its frame is extremely slim, barely 1cm wide across its top and sides, and only expanding a little along the bottom. 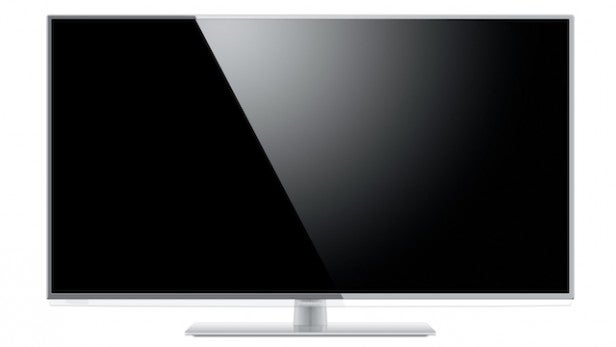 The metallic silver finish looks sweet too, as does the swish transparent wing attached to the bottom edge. Essentially the TV looks subtle and elegant when switched off, and makes sure your attention remains focussed on its pictures rather than its form when it’s turned on.

Connectivity is solid, with highlights of three HDMIs, two USBs and both LAN and integrated Wi-Fi for accessing Panasonic’s Viera Connect online service. A fourth HDMI would have been appreciated, but we guess what’s on offer will satisfy most of the relatively mainstream users likely to have the L50E6B on their radar.

Viera Connect is a fair online platform. It’s attractively presented for the most part, especially when you’re exploring it through Panasonic’s inspired My Home Screen interface (which we’ll come back to in a minute), and content levels generally are quite high. However, this content does not include as many video streaming/catch up services as we’d like, given that these are by far the most important features on any online TV platform.

The My Home Screen interface Panasonic introduced for its current TV range is excellent, making it easy to quickly get to the content you most like by allowing you and other members of your family to build – very straightforwardly – personalised home hubs containing icon-based access to only the services you want to populate it with.

There’s also an impressive degree of feature and control support via the Panasonic TV Remote 2 app (available for both iOS and Android devices), including the facility to share what’s showing on the TV with your smart device’s screen.

For a full exploration of My Home Screen and Viera Connect, check out our dedicated feature.

The L50E6B’s screen is, of course, a full HD one. However, it’s only got 100Hz processing to help motion out rather than the much higher ‘Hz’ figures quoted by models higher up Panasonic’s current range.

It’s also the most expensive TV in Panasonic’s current range not to support 3D playback. Though given the apparent lack of interest in 3D from Joe Public we could imagine the L50E6B’s lack of 3D actually looking like a strength to some people. Especially as dispensing with the third dimension has doubtless helped Panasonic keep the L50E6B’s price down.

Picture adjustments include a backlight setting, a series of themed and reasonably helpful picture presets, a Vivid Colour colour booster, an adaptive backlight control with which the TV self-adjusts its luminance according to an ongoing analysis of the image content, and separate standard and MPEG noise reduction circuits.

There’s no proper colour or white balance management though, which is doubtless why the set doesn’t join others in Panasonic’s range in being endorsed by the Imaging Science Foundation pro calibration group. 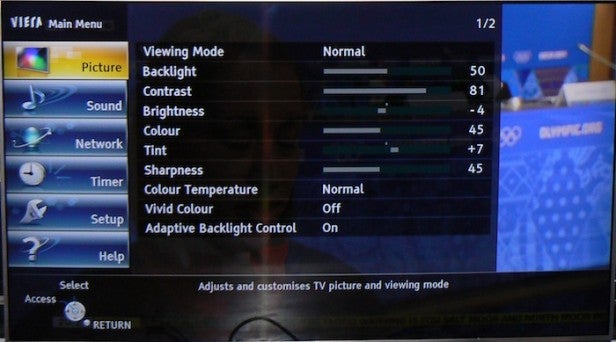 The L50E6B is pretty much a no-brainer to get up and running. Its onscreen guidance to initial installation is first class, and even extends to an interactive tutorial on the new My Home Screen interface that should awaken even the most technophobic users to the potential the system has to offer.

The lack of ‘heavy duty’ picture adjustments also means you only really have to worry about what noise reduction, backlight, contrast and adaptive backlight settings to go for. Based on our time with the screen the main things we’d suggest are that you keep the noise reduction options completely off for HD content, that you use the adaptive backlight feature on its low setting for movie viewing, that you set the backlight down to around its mid point for dark room viewing and around 70 for bright room viewing, and that contrast sits somewhere in the mid-80s.