The Panasonic L42ET60 is arguably at its best with 3D. Donning one of the two pairs of free 3D glasses causes a slight dimming effect that’s actually helpful in countering the TV’s slight contrast shortcomings. Yet the dimming impact of the passive glasses isn’t sufficient to stop 3D images from looking bright and colourful to an extent you don’t get with the rival active 3D format.

The L42ET60’s 3D pictures also look clean and crisp despite the slight reduction in detail you get with the passive 3D format – and actually, even this resolution reduction isn’t much of an issue in the relatively small forum of a 42-inch screen.

The 3D images are pretty much devoid of crosstalk ghosting noise so long as you keep your vertical viewing angle within around 13 degrees above or below the screen, and motion looks more natural than we often see on non-flagship 3D TVs.

With no flicker to disturb the 3D experience even if you’re watching in a bright room, the L42ET60 really is about as enjoyable a 3D watch as you’re likely to get for its money. 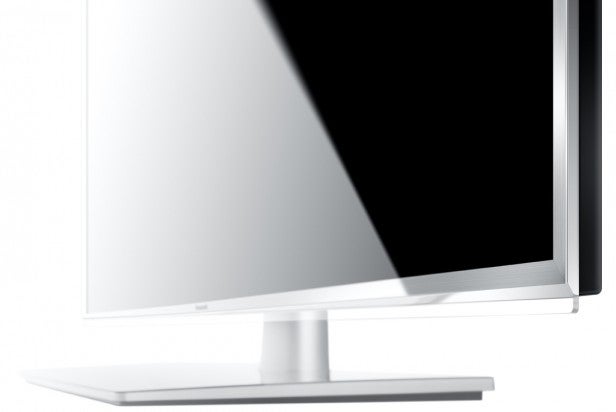 With a built-in subwoofer to support a reasonably open-sounding pair of main speakers, the L42ET60 sounds a little more satisfying than you might have expected given its ultra-slim design. Certainly voices retain both clarity and a believable tone even during action scenes, and there’s a decent sense of scale to the soundstage.

Trebles can sound a bit sibilant and shrill at times though, and while the bass from the subwoofer is welcome, it sounds constrained and muted when driven really hard by an action scene.

Switching the TV into its Game mode and turning off as much image processing as possible, we measured an input lag figure of 66ms on the Panasonic L42ET60. This isn’t disastrously high, but it is still roughly twice as high as we’d ideally like it to be, and as such could slightly reduce your performance when playing fast-reaction games.

One other little point to make is that it’s a pity Panasonic is still sticking with only a slightly modified version of its ‘old’ remote control with this mid-range model rather than trying to offer something more in-tune with today’s Smart TV world, like its Samsung and LG rivals do. 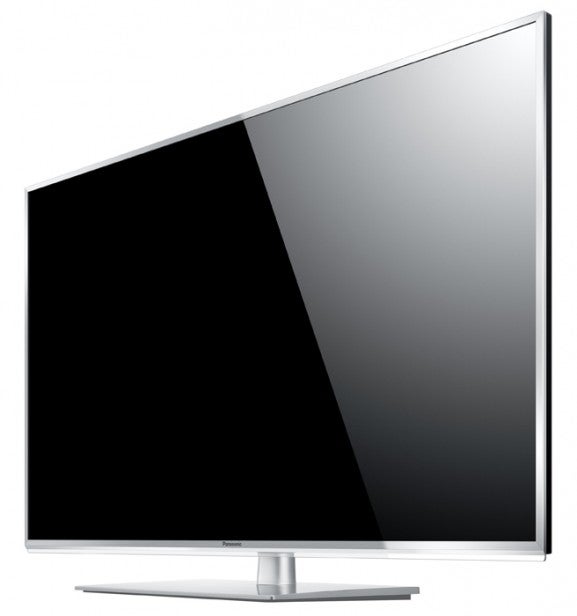 There is some pretty intense competition around at the L42ET60’s price point, including the excellent Samsung UE40F6400 (with its more content-heavy Smart TV system) and great value (though 3Dless) Sony KDL-42W653A.

Of the three, the Panasonic L42ET60 is the best bet for 3D. It’s noticeably better than the Samsung in this department, while the Sony doesn’t 3D at all. It’s the best looking TV, too. It’s hard to pick these three apart, then, though as the most expensive of the three at the time of writing the Samsung and Sony narrowly edge if 3D is low on your list of priorities.

If you like your pictures natural, your designs slim and shiny, and your Smart TV interfaces really easy to use, then the Panasonic L42ET60 is well worth seeking out despite its slight contrast fragility.