The 42-inch Panasonic L42ET60 is a £620 LCD TV with edge LED lighting from roughly the centre of Panasonic’s 2013 telly range. The T part of its name reveals that it’s 3D capable – indeed, it’s the cheapest 3D-capable series Panasonic offers this year – while it also delivers Panasonic’s latest Smart TV features, including the brand’s new My Home Screen interface. 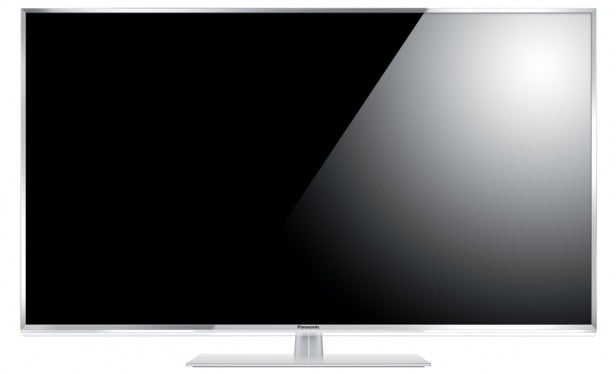 As with almost all of Panasonic’s LCD TVs for 2013, the Panasonic L42ET60 is quite a looker. There’s barely a whole centimetre of frame around three of the 42-inch screen’s edges, and its metallic silver finish looks posh and feels surprisingly robust for a mere mid-range model. The transparent wing that extends from the bottom edge adds a tasteful flourish too, while the minimalist stand looks cute without drawing your attention from the ‘main event’: the pictures.

The Panasonic L42ET60’s connections roster annoyingly exhibits Panasonic’s mystifying 2013 penchant for only providing three HDMIs rather than the four it’s tended to offer before. But you do also get two USBs, built-in Wi-Fi, a LAN port and even, unusually, an SD card slot to support a pretty expansive suite of smart/multimedia features.

These features include the streaming of photo, music and video files from networked DLNA computers. Plus, inevitably these days, you can use the Wi-Fi/LAN ports to connect the TV to the Internet, either via an open web browser, or Panasonic’s Viera Connect ring-fenced online area, featuring apps and content specially designed for a TV operating environment.

Viera Connect includes a decent spread of gaming, utility and streaming apps, though it would be great if Panasonic spent the rest of 2013 really striving to add Lovefilm, the ITV Player, Demand 5 and 4OD to its current video streaming offering.

Where Panasonic does steal a Smart TV march on its rivals, though, is with its My Home Screen interface. This does a brilliant job of helping even the most technophobic of users easily find their preferred content links, going so far as to let different household members set up personal hub screens containing only links to their favourite content.

The whole system is easy to use thanks to the use of simple tutorials and onscreen navigation reminders, and the Viera Remote 2 iOS/Android app you can use with the TV is also excellently user-friendly and intuitive. If Panasonic could increase its online video content it really would have a winning smart proposition on its hands. 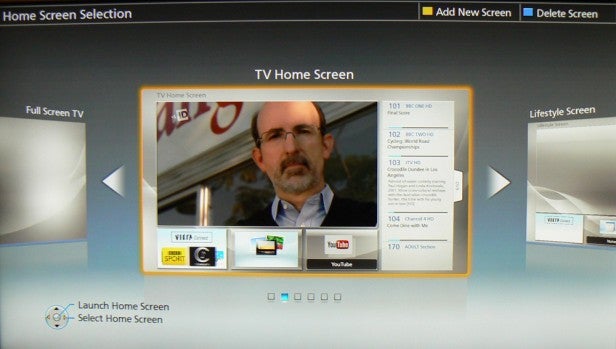 The Panasonic L42ET60’s screen specs include a 600Hz motion processing system (delivered via a combination of 100Hz source panel, backlight scanning and motion interpolation); an IPS panel design that delivers a wider viewing angle than you get with other types of LCD panel; and a 24p Smooth Film mode.

You don’t get Panasonic’s Hexa Processing engine or 1080p Pure Direct processing technologies, and there’s no local dimming application for the set’s edge LED lighting, but this is all fair enough for the L42ET60’s money.

For the most part the Panasonic L42ET60 is very easy to set up. The initial installation menus are comprehensive and well-explained, with a spoken-word tutorial at the end to guide you through the all-important My Home Screen interface.

It’s also easy to get good results from its pictures, partly because some of the picture presets are pretty useful, and partly because the Panasonic L42ET60’s images are good enough to be quite forgiving of many of the different settings.

The L42ET60 isn’t certified by the Imaging Science Foundation (ISF), but it’s still well stocked with picture fine tuners – including colour management, white balance and gamma controls. You don’t actually need to use these to get a mostly enjoyable picture from the set, but if you’re an AV enthusiast having the tools to align colours more closely with the key video standards will obviously be welcome.

Given the forgiving nature of the L42ET60’s pictures, the only recommendations we’d make are as follows. First, don’t use the Intelligent Frame Creation motion compensation system for HD 2D footage, and only use it on its minimum level for standard definition broadcasts and 3D.

Second, turn off all noise reduction systems when watching HD (and probably standard def too, actually). Finally, only use the Dynamic Backlight on its low power setting for reasons we’ll cover later.