Back in early April, we found Panasonic’s L32DT30 to be something of a revelation. For while we’d seen a few promising 3D LCD models, the L32DT30 was the first one that proved definitively to us that LCD can do pretty much as well with full HD active 3D pictures as plasma technology.

Yet we still couldn’t quite give the L32DT30 an overall score higher than an 8. First because 32in just didn’t seem big enough to make 3D look convincing, and second because its price (which was then £880) just seemed too high.

With a bit of luck, then, the L37DT30 will make it easier for us to show
Panasonic’s really quite innovative new LCD panel technology the love
it deserves. For as well as being a substantial 5in bigger, we’ve also
found the L37DT30 selling for £20 less than the best price available on
its smaller sibling at the time we reviewed that set. 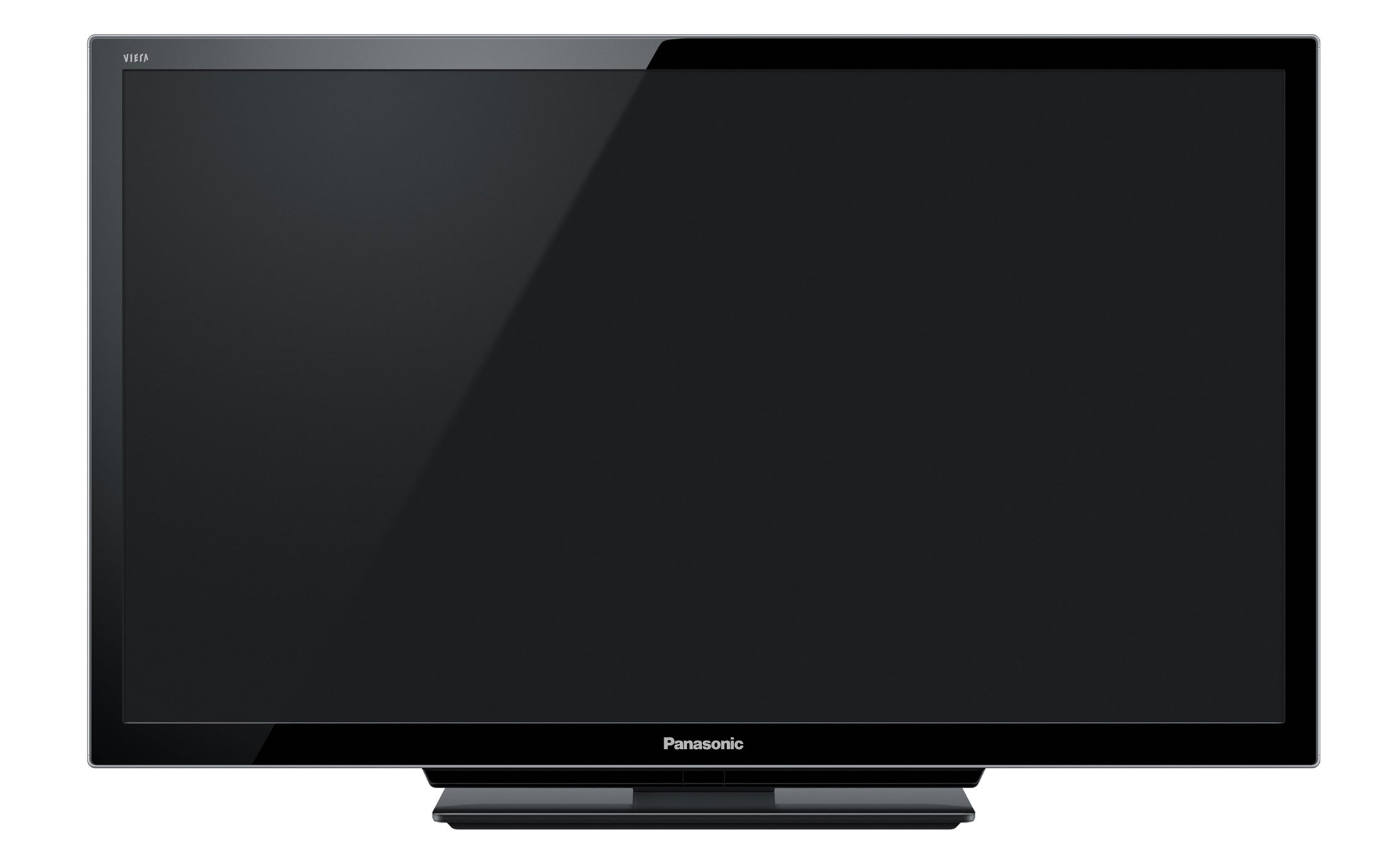 The L37DT30’s extra size starts to make a positive impact before we’ve even turned it on. For it allows you to better appreciate the subtle elegance of the DT30 design, with its exceptionally well built and slim black bezel, offset very pleasantly by a silvery metallic trim.

The flagship (LCD) nature of the L37DT30 is apparent in its connections too. For as well as four HDMIs there’s an abundance of multimedia support including a trio of USBs (where we’d usually only optimistically expect to find two), a LAN port, a D-Sub PC port, and an SD card slot.

The LAN port can be used to jack the TV into your network for either accessing files stored on a DLNA PC, or else it can provide your portal into Panasonic’s new Viera Connect online platform. More on this later.

If all this talk of LAN connections sounds a bit old-fashioned, then you can make the TV wi-fi ready as well. But you’ll need a separate USB wi-fi dongle which sadly isn’t included as standard with the TV and will therefore cost you an extra £75 or so if you go for Panasonic’s official solution.

The SD card slot and USBs can, obviously, be used for direct playback of a completely workable if not exhaustive selection of multimedia file types, including video formats as well as photos and music. Plus the USBs can be used for recording from the digital tuners to correctly formatted USB HDDs.

The plural use of tuners back there was no mistake, for in keeping with all of Panasonic’s high-level TVs, the L37DT30 has a Freesat HD tuner as well as a Freeview HD one.

The Viera Connect service mentioned earlier still feels a little like a work in progress if we’re honest. There are certainly plenty of good things about it, particularly its focus on meaty, video-laden services such as the AceTrax movie ‘store’, the BBC iPlayer, EuroSport, and YouTube.

But the surprisingly good quality games and intriguing health-related apps – with their associated optional extra hardware – we’ve seen at numerous trade shows are still nowhere to be seen, and the interface for accessing Viera Connect is already threatening to become cumbersome, even though the content level on the service isn’t currently all that high.

It’s also notable that there’s little evidence of any of the sort of small, limited-use ‘apps’ found in high numbers on 2011 LG and Samsung ‘Smart TVs’. Though some may feel that this is a blessing rather than a complaint! 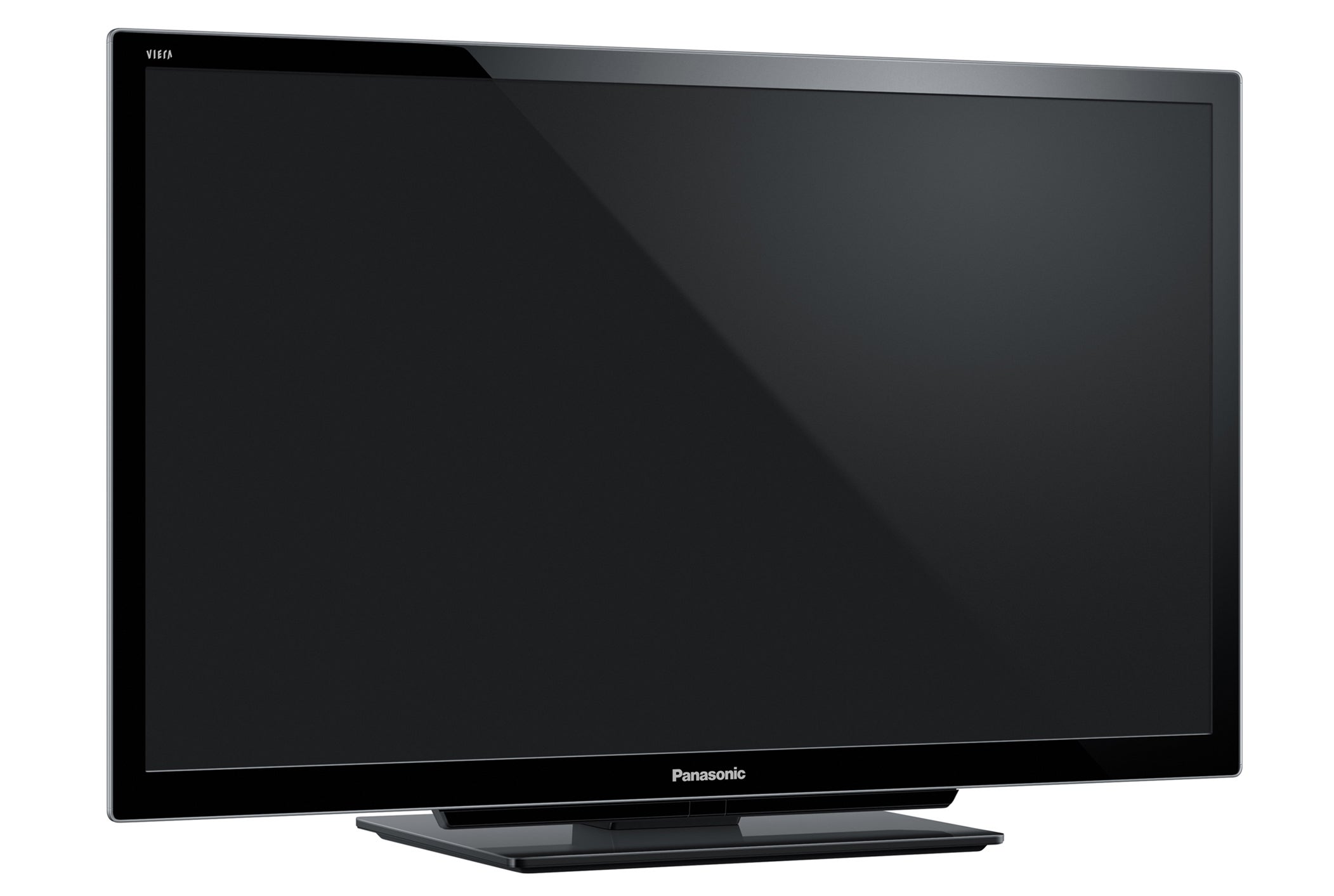 Having described the panel technology in the L37DT30 as innovative earlier, we should briefly explain what these innovations are. Their main focus is on making the IPS Alpha panel (with its inherently wider viewing angle) respond fast enough to changing images to deliver alternate-frame 3D pictures without them suffering with crosstalk ghosting noise. So, for instance, a new, more fluid liquid crystal material has been used. Also, Panasonic has reduced the space between the screen and the backlight, which again allows the image to be refreshed more quickly. As if all this wasn’t enough, the L37DT30 claims to be 400Hz, via a combination of a scanning backlight and genuine 200Hz refresh rate.

Panasonic has caught the Imaging Science Foundation (ISF) bug in the past year or two, and so it’s no surprise to find its flagship LCD TV carrying ISF endorsement, complete with two ISF picture setting memory slots for use by the pro calibration group should you pay them to come in and optimise your screen’s performance.

Among the tools that have appealed to the ISF are a pretty good colour management system, and a degree of gamma control.

One last point to cover before finding out how the L37DT30 performs concerns its 3D glasses – or lack thereof. For normally the set doesn’t ship with any of Panasonic’s 3D glasses included in its price. You have to buy them separately. However, at the time of writing, two pairs were being included for the price quoted at the top of this article by www.hispek.com.

As hoped, it doesn’t take long watching 3D on the L37DT30 to feel that the impressive 3D efforts of the smaller L32DT30 were no fluke, and that the technology that makes such 3D standards possible is definitely more at home and appreciated on the L37DT30’s larger screen.

The lack of crosstalk is again startling, with no other LCD TV we’ve seen to date – aside from the L32DT30, of course – managing to suppress the ghosting problem so effectively. There’s not really any crosstalk at all during bright scenes, and although some dark scenes can show up a touch of ghosting around very bright objects, this is only true on a few very tricky scenes – like the lantern sequence in Tangled – which also happen to cause some degree of crosstalk on every 3D TV, even plasma ones.

The L37DT30 makes good use of LED lighting’s innate light output advantage over plasma, too, to deliver 3D images that retain plenty of brightness even with Panasonic’s shuttering 3D glasses on.

Colours aren’t quite as rich looking as those of some other 3D TVs, most notably those from Samsung and LG. But this is, as we’ll see, a general – and not necessarily bad – characteristic of the panel, rather than being a specific 3D issue.

The 37in screen also does a better job of allowing you to see all the minute detailing in full HD 3D Blu-rays – though as noted in our review of the LG 42LW550T, passive sets of a small to medium size can look more ‘HD’ with 3D Blu-rays than you might imagine.

With the L37DT30’s impressive motion handling abilities ensuring that resolution isn’t lost in 3D when there’s a lot of action going on, there’s no doubt that it delivers the premium LCD 3D performance to date. 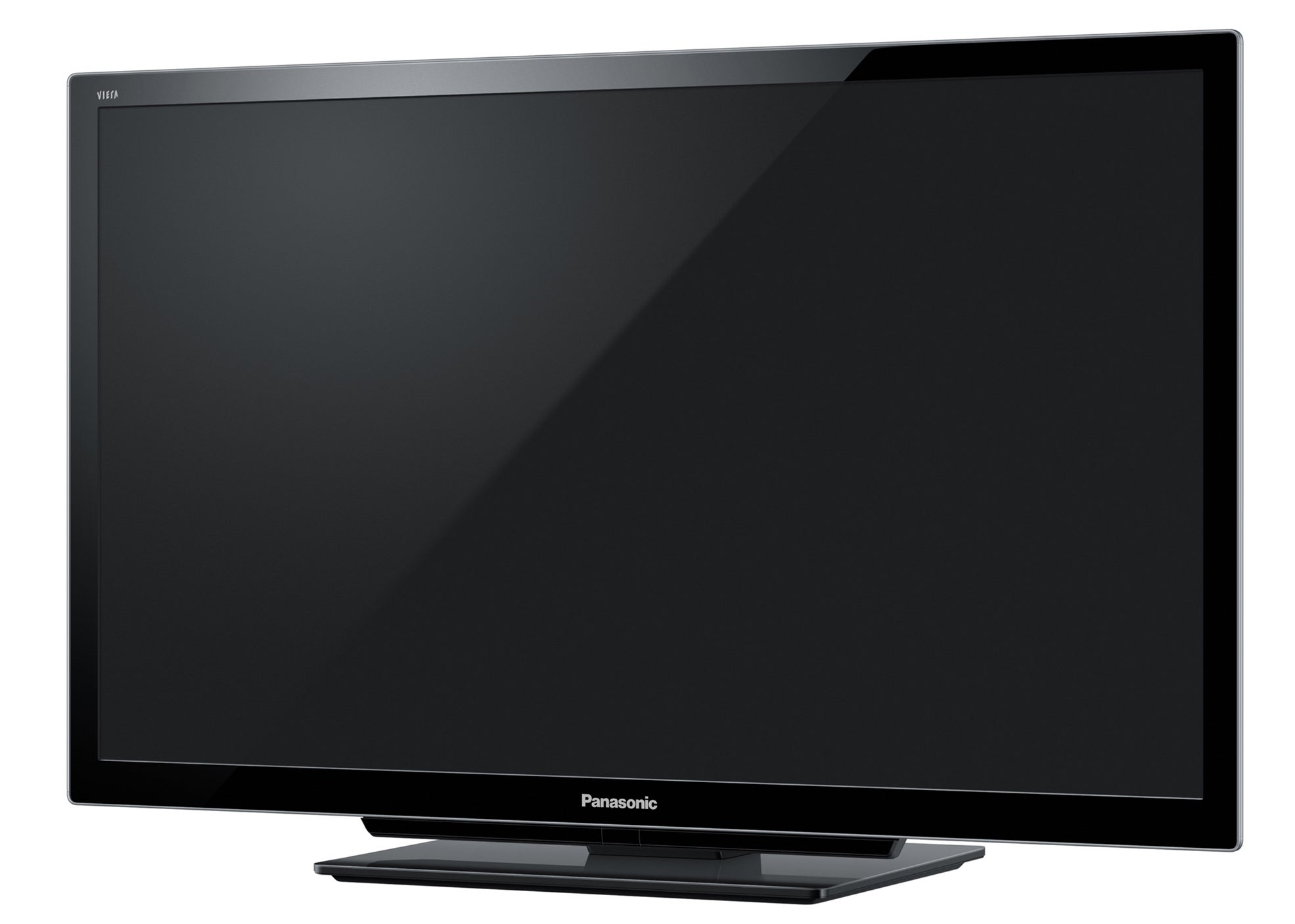 The screen’s 37in size also helps it produce a greater sense of sharpness and clarity when watching 2D HD sources, and emphasises the striking clarity of its motion handling. In fact,
bright 2D HD scenes look quite superb on the L37DT30, especially as the general clarity is underlined by some outstandingly subtle colour delineation. As noted, saturations aren’t as intense as on some rival models, but that certainly doesn’t make them less believable. Arguably the opposite is true, in fact.

However, while the L37DT30’s 37in size proves helpful in emphasising the range’s strengths, it also brings extra attention to its one significant shortcoming: contrast. As noted with the L32DT30, if you turn off the set’s local dimming function – which happens automatically if you select the set’s True Cinema preset – then the set’s black level response really doesn’t look very good at all, with really quite striking grey clouding over dark scenes.

Turn the local dimming feature on, and the set’s black level response instantly improves dramatically. Which is great. The problem is that the much better black levels come at the expense of backlight consistency, as the local dimming engine – which is working with an edge LED lighting system – causes ‘clumps’ of extra brightness to appear around any bright objects that happen to be appearing against dark backgrounds.

This isn’t a regularly annoying issue while watching normal TV, as this favours predominantly bright, colourful content. But with most films we tried, there were at least a few scenes where the continual brightness adjustments and the lack of light consistency within a single frame were impossible to ignore.

In a bid to finish on a bit higher note, we should draw attention to the L37DT30‘s reasonably – if not profoundly – clean and open soundstage; the fact that the L37DT30’s pictures retain their colour and contrast from a slightly wider viewing angle than normal LCD TVs; and best of all, an input lag using the screen’s Game picture preset of under 30ms, which makes it a great bet for console gamers.

If you’re looking for what’s currently last word in smallish 3D TV performance, Panasonic’s L37DT30 is it. Especially as the wearing of active shutter glasses ‘dims away’ the contrast flaws noted with 2D viewing. However, these contrast concerns do undermine the set’s 2D performance enough to stop us from being able to raise the L37DT30 to the 9 overall score level we’d hoped for.