If there’s one word that sums up Panasonic’s 2012 so far, it’s “pragmatic”. For the Japanese brand has not only given LCD technology as much weight in its latest range as plasma, it has also set aside its previous stridently-voiced distaste for passive 3D and launched no less than five passive sets of its own.

The smallest of these passive sets, the 32in Panasonic L32ET5, is the subject of our attentions today. And this immediately presents us with a potential problem.

The thing is, as we’ve argued before – such as in our recent review of the Sony 32HX753 – we just don’t really “get” 3D on a screen as small as 32in. For us, 3D only really becomes effective when it’s big enough to fill as much of our field of view as possible. And even in a small living room 32in is unlikely to be enough to remotely dominate anyone’s line of sight. 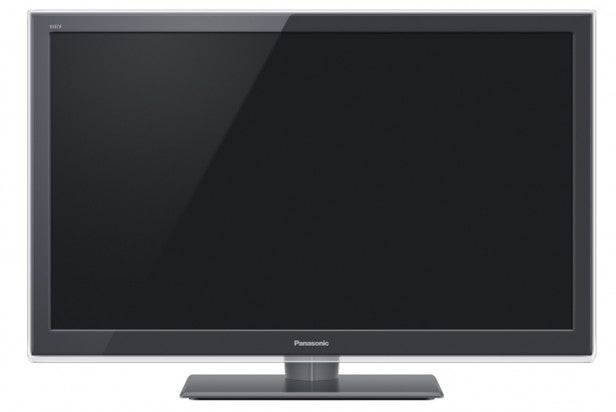 That said, we’re willing to cut passive 3D 32in sets like the Panasonic L32ET5 more slack than we are active ones. For starters, the TV’s passive nature means that it ships with no less than four pairs of glasses included as standard, whereas all but the most high end sets in Panasonic’s active 3D range come with no glasses included at all.

Making sense
This matters because it immediately makes the L32ET5’s 3D approach a better financial fit for the sort of relatively casual user likely to be buying a 32in TV, since they don’t to cough up potentially hundreds of pounds extra for optional active 3D glasses.

Anyone seeking to watch 3D on a 32in TV is also unlikely to be bothered much, meanwhile, by the passive format’s slightly less detailed images versus active ones. And finally, having four pairs of 3D glasses included from the off syncs rather nicely with the set’s potential as a second-room gaming TV, allowing groups of friends to play 3D games together without any further expenditure required. 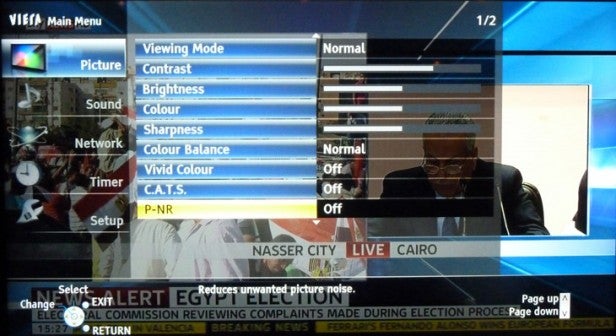 The passive format also fits well with smaller screen sizes because it tends to make 3D images to look brighter than the active 3D format does, and brightness is almost always an issue with relatively small-screen TVs. Furthermore, passive 3D tends to support wider horizontal viewing angles and is easier to watch in bright light (due to its freedom from flicker), features that again chime perfectly with the relatively casual way in which a 32in TV is likely to be used.

The LG connection
Having defended the Panasonic L32ET5’s 3D abilities, though (without yet getting into its actual 3D performance), their passive nature does mean that Panasonic has had to use LG-sourced panels at the L32ET5’s heart, rather than panels it has produced itself.

This isn’t necessarily a bad thing; LG has produced some likable TVs of its own already this year. However, LG-sourced panels generally lead to one aggravating flaw that you don’t get with Panasonic’s totally home-grown models, namely input lag figures of around 100ms. Unexpectedly, though, the L32ET5 somehow bucks this annoying trend by delivering a vastly more acceptable input lag figure of just 38ms.

Despite having an LG panel at its heart, the L32ET5 is very much still a Panasonic TV. Its onscreen menus are the same as those of other Panasonic TVs, and the set’s picture processing system and features are all entirely Panasonic’s own work.

The panel is claimed to deliver a “300Hz” system, delivered via a combination of 100Hz and a blinking backlight. Plus you get Panasonic’s Intelligent Frame Creation motion processing and Clear Cinema vertical resolution booster. 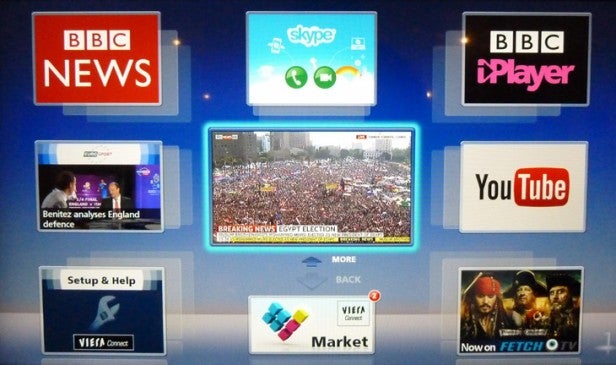 Gaming is unusually well supported too, especially via Gameloft’s surprisingly console-like Asphalt 5 and Let’s Golf 2 titles, which are leagues ahead of the games available on any other Smart TV platform to date.

The volume of video and app content is still off the pace of some of Panasonic’s Smart TV rivals, though. Certainly we’d love to see the likes of Demand Five, 4OD, the ITV player and, especially, LoveFilm appearing on Viera Connect sooner rather than later.

No multitasking
Please note, too, that Viera Connect on the Panasonic L32ET5 doesn’t benefit from the impressive multi-tasking system you get with Panasonic’s flagship TVs this year, on account of the L32ET5 not having dual core processors.

The L32ET5 gets its picture quality campaign off to a good start with its 3D performance. For starters, pictures look brighter and more richly saturated than almost any active 3D pictures we can think of. Also, the colours look impressively natural thanks to the evidently much greater colour neutrality of the passive glasses you get with the TV.

These glasses are light and comfortable, and that there’s no shuttering mechanism in them makes them much more comfortable to look through over extended periods of time. 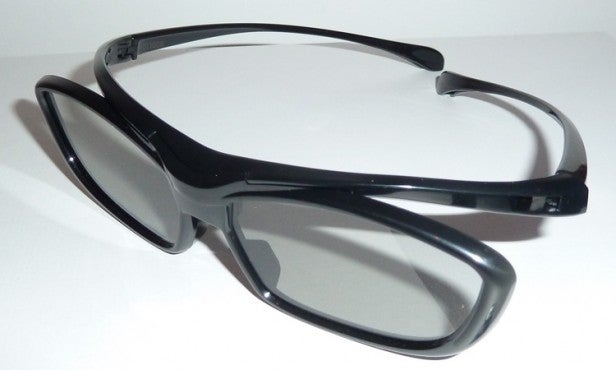 Pictures look sharp meanwhile, especially as a) the set’s motion processing is unusually effective at removing judder from 3D images and b) the 32in screen size helps reduce the obviousness of the usual passive 3D complaint whereby you can make out jaggedness in edges and faint black lines across very bright parts of pictures.

Viewing angle limitation
The Panasonic L32ET5 also delivers on passive 3D’s big advantage of showing practically no crosstalk ghosting noise. There’s a big condition attached to this latter comment though, since the freedom from crosstalk only applies if you have your head level with the screen. If your head is as little as 10 degrees (it seemed to us) above or below the screen, crosstalk suddenly increases exponentially. This is a common problem with passive LCD, but the relatively small size of the L32ET5 makes it much more difficult to avoid than it is with larger passive sets.

Still, provided you can avoid this viewing angle problem, the fact that the brightness and colour richness of the L32ET5‘s 3D images aren’t joined by any really obvious backlight consistency problems ultimately makes them a great success considering how small a screen they’re appearing on.

Sadly the Panasonic L32ET5’s 2D pictures aren’t quite as successful, for one all too predictable reason.

To start with, all seems well. Bright, colourful footage of the sort you tend to get while watching normal TV looks good. Images look punchy and bright even if you avoid the rather over-aggressive Dynamic preset, thanks to plenty of light output from the screen and a likably dynamic and surprisingly nuanced colour palette (considering how affordable the set is).

Impressive 2D clarity
The set’s clarity and sharpness with 2D HD material impresses too, especially as the inbuilt motion processing manages to reduce motion blur and judder without generating too many unwanted side effects – so long, at least, as you avoid the processing’s “Max” setting.

The main problems come when you turn to dark movie scenes. For these tend to expose a shortage of black level depth from the panel that leaves dark corners looking distinctly grey and pretty low on shadow detail. Colours during dark scenes lose some of their accuracy, too. 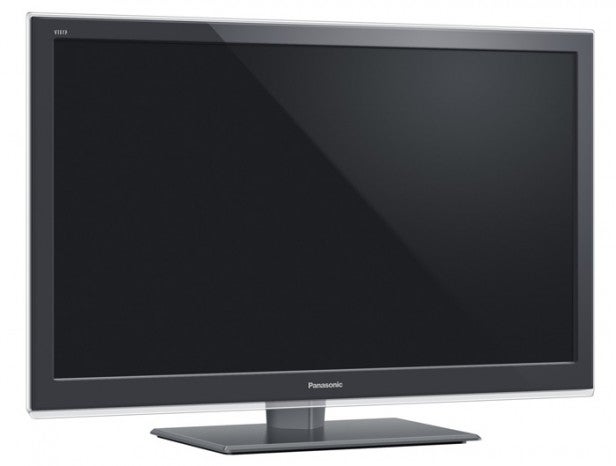 This issue hadn’t been as obvious with 3D thanks to the slightly darkening nature of the passive 3D glasses, but it’s certainly apparent in 2D. Especially if the light levels in your room are relatively low. Not for the first time this year we’re left ruing Panasonic’s decision not to put a dedicated backlight control on its 2012 LCD TVs.

Black level woes
Uninspiring black levels are hardly uncommon with edge-lit LCD TVs, though – especially those which don’t employ any sort of local dimming technology. But they’re exacerbated somewhat on the L32ET5 by some trace evidence of backlight inconsistency. Certainly there’s a quite large area just to left of centre on our test sample that looks marginally brighter than the rest of the image. Though to be fair, the key word in that previous sentence is “marginally”, as for most of the time you won’t see the inconsistency at all.

Another slight issue is that standard definition pictures aren’t upscaled to HD quite as cleverly as they are by some of Panasonic’s higher-level sets. But the noise left/created by the upscaling system is thankfully hidden quite nicely by the set’s small dimensions. So again, it’s only a minor point. 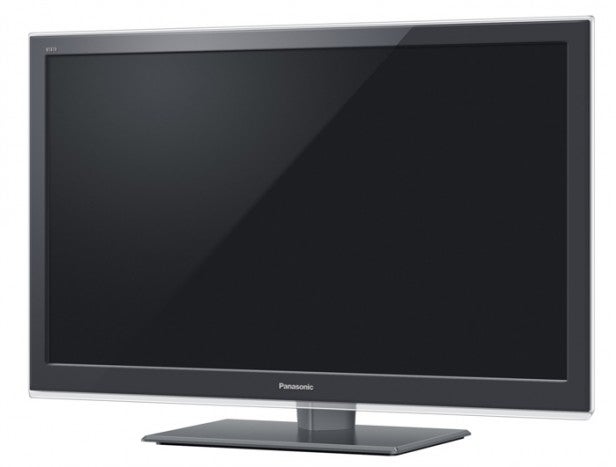 The sound accompanying the Panasonic L32ET5’s picture is pretty solid for a small LED TV. It can achieve volumes without distortion beyond those of most of its similarly priced 32in rivals, and the mid-range has quite a pleasant, open tone. It’s only during extremely potent audio sequences that the set reveals a predictable lack of deep bass and a few slightly harsh tones in the upper register.

Verdict
For most of your viewing time, the Panasonic L32ET5 is a very enjoyable TV. It’s especially well suited to relatively casual, bright-room viewing conditions – precisely the sort of situation, in other words, that a 32in TV is most likely to find itself in these days. For that reason, we’ve opted to give Panasonic’s set an overall score of eight.

However, we haven’t added a Trusted Reviews Recommended badge to this score for the simple reason that its underwhelming lack of black level response makes it a flawed option for serious film and, possibly, game fans.