Although Panasonic has recently introduced a handful of TVs to its LCD range that use traditional CCFL lighting, for the most part the brand is a devout follower of edge LED technology. So much so that it has even introduced edge LED backlighting to some of its smallest TVs: the 19in L19E3B, and the 24in L24E3B we’re looking at here.

We’re not entirely sure why Panasonic felt the need to come up with a new screen size at this relatively lowly level of the market. Maybe they just wanted to offer something unique. Or else it might have something to do with maximising the amount of screens that can be cut out of the latest sizes of LCD ‘mother glass’. 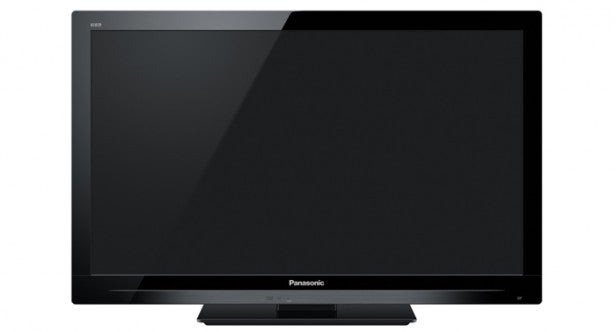 Deeply fascinating as all this speculation might be, though, it doesn’t really help us find out if the L24E3B is actually any good. So let’s get down to business by considering the L24E3B’s very pleasant design. At first the standard black frame looks fairly straightforward, despite being given a little ‘ooh-la-la’ by a grey section in the middle of the bottom edge. Look closer, though, and you see that the bezel is quite trim by small TV standards; the set’s rear is exceptionally slim; and the build quality is exemplary.

Facing straight out of the L24E3B’s rear (a potential issue if you’re thinking you might want to wall hang the set) is a fair-to-middling array of connections. Two HDMIs provide the highlight, but multimedia hounds will also appreciate the provision of a D-Sub PC input and an SD card slot, through which you can play photo (JPEG), music (MP3 and AAC) and Video (AVCHD/SD-Video/Motion JPEG/MP4 [Xacti]) files. Some people might have preferred a USB port to the SD slot, but we guess many digital recording devices do now use SD as standard.

The most surprising socket on the L24E3 is a LAN port, raising hopes that this might enable the TV to connect to networked PCs and the Internet. Sadly, though, this doesn’t prove to be the case. In fact the LAN is only there as mandatory support for the L24E3B’s integrated Freeview HD tuner.

The Freeview HD tuner is itself a great find on a small TV though, and joins with the edge LED lighting in helping explain why the L24E3B sits at the higher end of the small TV cost scale. The only pity is that the EPG the set uses for organising the channels uses Gemstar, meaning there are adverts on it. Not really what you want when you’re trying to read and navigate so much information on a single small screen.

The L24E3B’s feature count largely runs out after this. There’s no access to Panasonic’s Viera Connect online service, and picture adjustments are restricted to a handful of presets (including a Game mode), a Vivid Colour feature, a noise reduction system, and Panasonic’s C.A.T.S system – which is in reality just a fancy name for the now pretty much standard eco-friendly feature whereby a TV can adjust its brightness output in relation to the amount of light detected in the room. 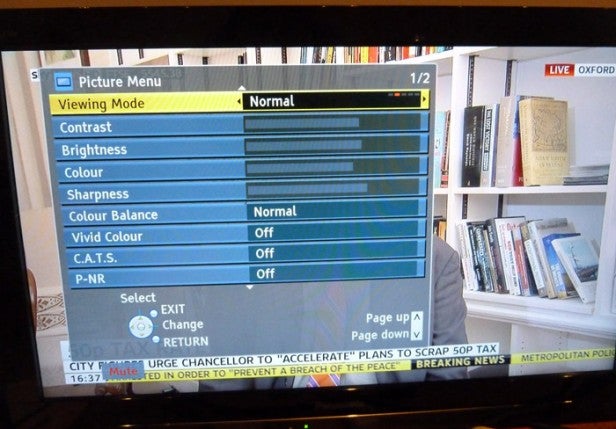 In most ways, the L24E3B’s picture quality is very good. Particularly startling right away is the at-times spectacular amount of fine detail visible in HD pictures, especially if your viewing distance brings you quite close to the screen (as is the case with us when gaming). This quickly gives the lie to the notion held by some that you can’t really appreciate the benefits of a full HD panel when you’re talking about a screen that’s only 24in across.

The detailing extends to the presentation of colours too, which appear exceptionally finely-nuanced for a set of this size, avoiding the striping and blotching issues common with small-screen TVs. This same subtlety also ensures that the L24E3B avoids the plasticky look to skin tones commonly witnessed on second-room TVs. 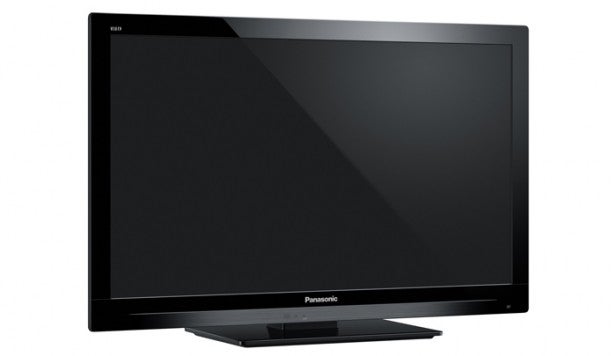 A further common area of failure for small TVs is contrast. But the L24E3B really isn’t bad at all here, as it seemingly has no problem combining impressively deep blacks with punchy whites and vibrant colours – even within a single frame.

Actually, its black levels look more or less on a par with those of the larger models in the E3 range, countering the usual situation where small models in a range typically take a pretty heavy contrast cut. It’s important to stress here, too, that dark scenes on the L24E3B are not badly affected at all by backlight ‘pooling’ and inconsistencies.

We do, though, have a couple of issues with the L24E3B’s pictures. The first of these is that the set suffers quite obviously with LCD’s common problem of motion blur. According to Panasonic’s own Moving Picture Resolution scale – which it’s keen for the industry as a whole to adopt – it only manages 300 lines of motion resolution, resulting in moving objects looking a touch laggy and low on detail.

To be clear, the L24E3B isn’t exceptionally bad in this regard. In fact, its motion handling can be considered still slightly above average compared with much of its competition. But it does still sometimes distract you from what you’re watching, and so needs to be mentioned.

The other area where the L24E3B could be better is colour saturation. For all their subtlety, tones lack a little punch by usual edge LED standards. To be fair, this state of affairs is preferable to the common small screen approach where saturations are pushed too hard at the expense of tonal accuracy and finesse. But again, we noticed that colours weren’t particularly rich, so we have to mention it. 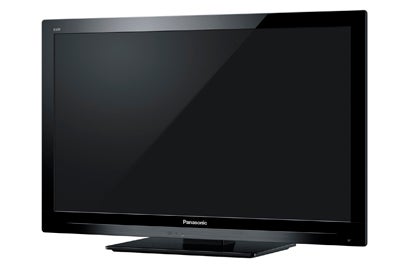 With its small screen size and super-slim rear, the L24E3B doesn’t exactly promise to rock the house with its audio quality. And certainly there are numerous problems, such as a near-total lack of bass, a tendency for vocals to get lost in a busy mix, and a rather squeezed mid-range. However, treble sounds clear without becoming hissy or excessively harsh, and the screen avoids the ‘phutting’ and buzzing noises we might have expected. So there are at least some small mercies to be thankful for.

The final thing to report on is input lag. Which was rather odd, actually, as during our tests the amount of lag using the Game preset shifted between around 40ms and a mere 6ms. If you take the average of the results we got, though, you end up with a figure of only just over 20ms, which represents a very good effort indeed.

It would have been nice to find the L24E3B adding DLNA network capability given its rather elevated price by small screen standards. But it still ultimately manages to justify its cost by producing a picture quality which, while not perfect, is still in a whole different league to that of the vast majority of its small-screen rivals.