Sometimes we just don’t get TV model numbers. Take the upcoming Panasonic TX-85X940 4K/UHD TV, for instance. Unveiled at the current IFA technology show in Berlin, surely the combination of this TV’s vast 85-inch screen and the fact that the last three digits of its name are higher than those of the imminent X902 models we’ve talked about before make it Panasonic’s flagship TV for 2014? Weellll…

The 85X940 is unquestionably the biggest of Panasonic’s 4K TVs for this year. But it’s certainly not the most gorgeous, with the slightly chunky frame around its vast screen and rather wide, style-free desktop stand creating a look reminiscent of Panasonic’s rather unglamorous big plasma TVs. The one good thing is that the set’s build quality seems bulletproof – again like the brand’s beloved plasma TVs.

The biggest surprise concerns the 85X940’s picture specification. For instance, while it employs direct backlighting with local dimming, the number of separately dimmed zones is smaller than it is on the X902 series. So we’ve got a bigger screen/fewer dimming zones scenario that could result in obvious light control flaws. 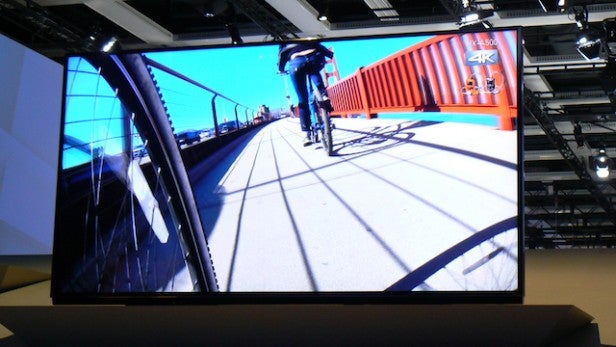 The X902 models enjoy a 3000Hz Back Light Scanning panel design, meanwhile, while the X940 only gets a 2000Hz system. Obviously there’s always something of the dark arts about these sorts of motion figures, but the difference here is strong enough to suggest motion could be quite a lot less clear on the 85X940 than it is on the X902s.

Before anyone gets too despondent, though, the 85X940 does boast some strong features too. It’s still got Panasonic’s new Studio Master Drive panel, for instance, delivering a wider colour gamut with subtler colour toning. The Studio Master Drive is also designed to ensure that the improved colour response applies to dark scenes as well as bright ones, potentially overcoming a very common and damaging LCD weakness.

The 85X940 is driven by the same Quad Core Pro 5 processing engine as the X902 series too, promising superior motion processing and enhanced colour resolution, as well as fast response times from its Smart Viera engine and My Home Screen interface.

The set’s picture quality and calibration flexibility are both good enough, in fact, to have secured the set the endorsement of the independent THX quality assurance organisation.

After the debacle of the Panasonic’s X802 series, with its initial – but now thankfully about to be fixed by firmware upgrade – inability to play 4K HEVC streams of the sort employed by Netflix, it’s a relief to find that the 85X940 will have no problem handling what remains at the time of writing the UK’s only mainstream 4K source. It’s also got HDMI 2.0 and DisplayPort connections for 4K playback up to 60 frames per second.

Attempts to assess the 85X940’s pictures under the bright IFA lights yielded mixed results. Helpfully Panasonic had positioned an 85X940 near a couple of X902s, and against these it has to be said that the giant set didn’t look nearly as rich in contrast – possibly as a result of the diminished local dimming capabilities causing evidence of ‘haloing’ around bright objects when they appear against dark backgrounds. 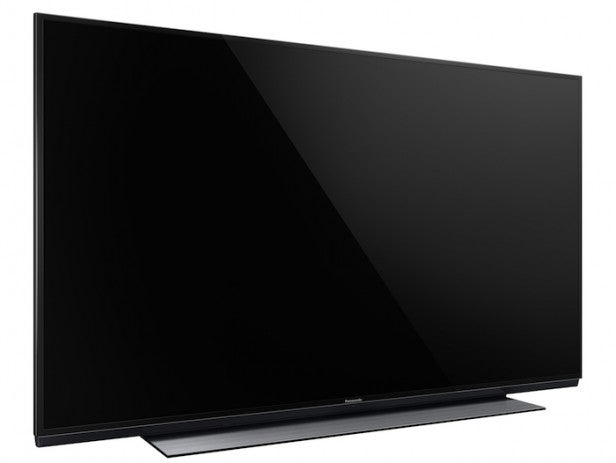 There’s also a touch less clarity to the 85X940’s motion handling, which stands in contrast to the innate sharpness of the 4K detailing. However, we’re making comparisons here with the potentially ground-breaking picture quality of Panasonic’s potentially plasma-beating X902 series. Considered more reasonably against more regular UHD TVs the 85X940 looks pretty promising. The amount of detail, texturing and colour finesse exhibited with the native UHD pictures – including lots of football action – fed into the 85X940 on Panasonic’s IFA stand looks spectacular, and this is a much more dominant feature of its pictures than the slight motion blur mentioned previously.

While we’d argue passionately that 4K resolution is even worthwhile on tiny screens, it’s nonetheless true that it’s when you get to screens as big as the one on the 85X940 that the 4K format starts to deliver its greatest impact, removing the usual pixellation and jaggedness you get with non-4K sources at this sort of size.

The sense of detail is enhanced, too, by outstanding colour resolution, which helps objects look more three dimensional and life-like. Colours look explosively punchy as well, despite the size of the screen that needs to be illuminated and the fact that the screen was positioned in a particularly light-polluted part of Panasonic’s IFA stand.

We have to admit we found the 85X940’s flat screen quite refreshing after the deluge of curved screens dominating most other brands’ stands, and finally it seemed to us that the 85X940’s pictures could be viewed from a wider angle than some rival 4K TVs we’ve seen – aside from the blooming around bright objects looking a little more pronounced when viewing off axis.

In short, despite the 85X940 initially disappointing by boasting a reduced level of specification versus the X902 series, in the end its exuberant size and pictures look like a potentially winning combination – especially if Panasonic gets the pricing right when the set launches in the next couple of months.