Compared with the outstanding efforts of Panasonic’s CX802 flat TVs, the 65CR852’s pictures are something of a disappointment.

Things look fine and dandy when you’re watching relatively bright scenes, but issues with the screen’s backlight make it impossible to get dark scenes looking as natural and convincing as they do on Panasonic’s equivalent flat TVs.

The main problem is that Panasonic hasn’t achieved the same deep black colour in dark scenes or the same degree of backlight uniformity with this curved screen that it has with its flat ones. With the screen set up to deliver the optimum balance between shadow detail, black level depth and white/bright colour punch, dark scenes showed some fairly obvious general greyness, as well as some areas of quite pronounced backlight clouding, particularly towards the corners. 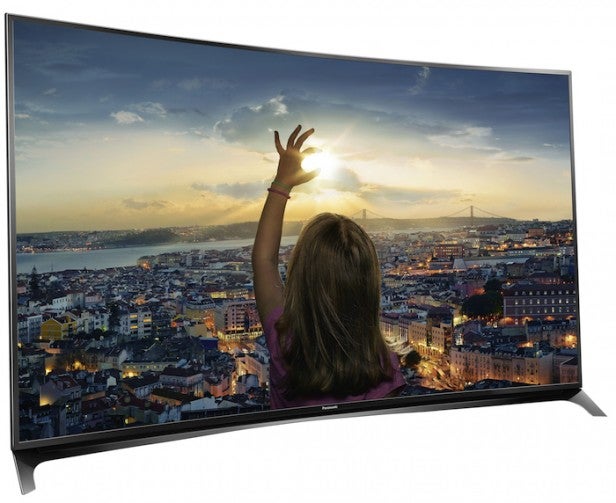 Controlling backlighting is always more difficult with a curved TV than a flat one, and Panasonic doesn’t seem to have mastered it as well in its debut curved screen as Sony and Samsung have.

As noted in the Set Up section, you can subdue the obviousness of the clouding (though you can’t remove it completely) and greatly reduce the sense of greyness by setting the TV’s Adaptive Backlight feature to its Max level and reducing the backlight for dark room viewing to below 35%. Unfortunately these settings also result in rather muted whites and colours, some brightness instability during dark scenes, and a feeling that dark areas have become too dominant.

The distinct lack of brightness once you’ve set the 65CR852 up to maximise its black level uniformity and depth raises questions over how effective the TV will be with high dynamic range content once the necessary firmware update has gone live. While the screen can potentially achieve HDR-friendly levels of brightness, running the screen at the necessary level of luminance will likely cause the return of the significant backlight clouding problems.

The 65CR852’s backlighting remains a constant frustration, it’s important to stress that in many ways the TV’s pictures are exceptional – thanks in the most part to the redoubtable efforts of the 4K Pro system.

Ironically 4K Pro’s prowess is particularly evident during the same dark scenes which cause the 65CR852’s backlighting so many headaches. The amount of subtle detailing and colour resolution on display is outstanding; in fact, the set’s ability to render even the smallest amount of light and colour in the picture helps dark scenes enjoy a sense of depth and space that’s unprecedented in the LCD world except for Panasonic’s own CX802 TVs. This alone could have made the 65CR852 a movie buff’s dream were it not for the slightly limited black level depth and clouding issues.

The 65CR852’s huge processing brain is just as effective when it comes to eking out every last morsel of subtlety and nuance from your sources’ colours. This is particularly helpful with native 4K content, as it ensures the sense of clarity and detail delivered by all those extra pixels never gets reduced by ugly patches of blocky or stripy colour reproduction. Bright 4K UHD footage never looked anything less than gorgeous throughout my tests.

The 65CR852’s 4K Pro system proves its worth, too, with its upscaling of non-4K sources. It sensibly goes for naturalism and subtlety over the over-aggressive sharpness-boosting of some 4K upscaling engines, though at the same time upscaled pictures always look markedly higher in pixel density and detail than their straight HD originals. It’s great to see a brand confident enough to go for accuracy and authenticity over showboating in its 4K upscaling process.

While the 65CR852’s motion processing doesn’t deliver quite as much sharpness as the best efforts of Sony and Samsung, it’s still effective enough on its lowest power setting not to leave moving objects standing out like a soft thumb against the clarity of relatively static elements in the 4K frame while also, crucially, not generating excessive unwanted processing side effects. Purists will prefer not to use Panasonic’s motion processing, though, so it’s good to find that with 2D the screen’s native motion clarity is pretty respectable. 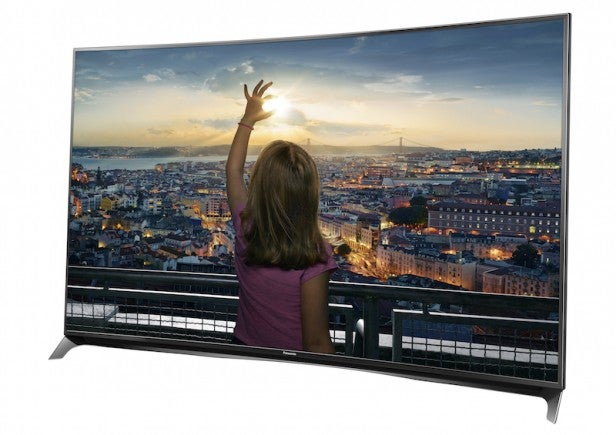 One last aspect of the 65CR852’s picture performance to consider is the impact of its curved screen. On the upside, the 65CR852 is more successful at suppressing distorted onscreen reflections that are one of my biggest bugbears about curved screens. Also, if you’re sat in the sweet spot, so that the 65CR852’s screen pretty much fills your field of view with its edges curving gently into your peripheral vision, then the curved screen can give you a slight extra sense of immersion.

However, I was surprised how much I found myself missing the controversial (as you can’t turn it off) depth enhancement processing Samsung uses on its curved TVs; without any similar processing images didn’t seem to fit quite so naturally into the 65CR852’s curved screen. There are also geometry issues for anyone having to watch the TV from an angle of any more than 30 degrees, and as noted already, the curved screen seems to have caused Panasonic a few backlight control issues not nearly so evident on Panasonic’s equivalent flat TVs.

Used as the main TV for the review period
Tested for more than a week
Tested using industry calibrated tools, discs and with real world use
Tested with broadcast content (HD/SD), video streams and demo discs
Previous
Panasonic TX-65CR852 Review Next
3D, Sound and Conclusions Review