Unexpectedly the 65CR852 is pretty much a total bust where 3D is concerned. Its 3D images suffer excessive amounts of crosstalk ghosting noise, which diminishes the sense of sharpness, gives you a headache as your eyes keep trying to bring the ghosted parts of the image together, and runs completely counter to the idea of 3D giving you a more immersive experience.

The 65CR852’s crosstalk problems are among the worst I’ve seen, and stand in stark contrast to the relative clarity and immersive properties of the Panasonic CX802 sets in 3D mode.

This is a real shame, as the 65CR852’s colour handling, brightness and contrast with 3D is excellent. Plus images look impressively detailed from 3D Blu-rays in areas where there isn’t any crosstalk. Ultimately, though, the crosstalk is so pervasive that it’s really the only thing about the 65CR852’s 3D performance you end up remembering.

The 65CR852 produces a soundstage that does the scale of its images proud. The speakers are powerful enough to go decently loud without distorting, enabling you to enjoy a good sense of immersion and clarity during action scenes without vocal tracks becoming overwhelmed or muddied.

Panasonic’s set manages to integrate a bit more bass into its audio performance than LCD TVs typically do too, and the soundstage the speakers create expands a decent distance beyond the physical confines of the TV’s bodywork.

Gamers will be please to hear that I recorded only around 40ms of input lag (the time it takes for a screen to render images received at its inputs) from the 65CR852. This is a low figure by the standards of the 4K UHD TV market and as such shouldn’t significantly damage your skills.

One other thing to mention here is that the 65CR852 ships with two remote controls: a standard one and a smart one. The standard one is pretty good in its old-fashioned way, with a decent layout that includes a dedicated Netflix button.

The smart one is a big improvement over Panasonic’s previous smart remotes, thanks to the way it uses a much larger rectangular (rather than circular) touch pad area and more effectively streamlined and placed buttons. The touch pad is a bit sluggish with its response, though, making tracking the cursor from one side of the screen to the other a rather longwinded process. Which made me wish it offered the sort of point and click functionality now provided by LG and Samsung smart remotes. 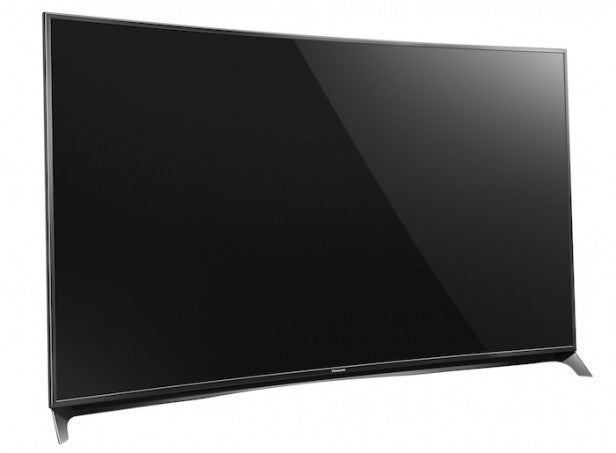 I can imagine a market for the 65CR852. The sort of movie fans who like the look of curved TVs and who used to lap up Panasonic’s plasma TVs will find much to love in the focus on detail, subtlety and accuracy delivered to great effect by the brand’s new 4K Pro processing system – especially in the context of the screen’s beautifully expressive native 4K UHD resolution.

However, if you’re yet to be convinced by the supposed merits of curved TVs then the fact that the 65CR852 costs more and performs worse than its flat CX802 siblings is hardly going to win you to the curved TV cause.

When you consider Panasonic’s flat TVs deliver a comfortably superior performance while also typically costing £100-£200 less than their curved counterparts, it’s ultimately hard to recommend the 65CR852 to anyone but the most curve-obsessed AV fan.