The 65CR852 is Panasonic’s first stab at a curved TV. And a pretty uncompromising stab it is too. The TV features a 65-inch screen, a native 4K UHD resolution and Panasonic’s top-end picture processing solution. At £3,200, though, it’s between £100 and £200 (depending on where you shop) more expensive than its flat 65CX802 counterpart. So does the curve bring enough to the table to justify the extra outlay?

As usual, the curved shape of the 65CR852 gives it instant curb appeal – as well as giving your living room a high-tech talking point. The frame’s deep grey, vaguely metallic-looking frame is attractive enough, but it doesn’t set the curved shape off quite so handsomely as the frames around Samsung’s curved models. 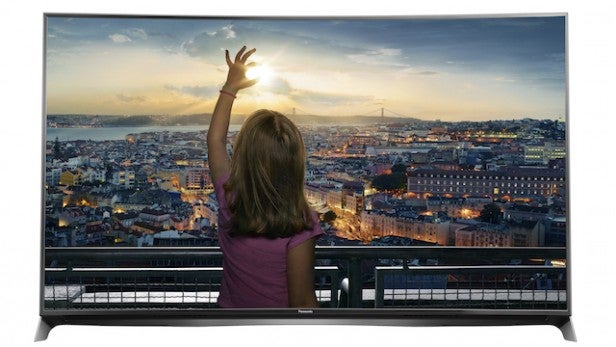 Connectivity is solid, but not great, for a flagship TV, thanks to the fact that it only carries three HDMIs. I expect today’s top-end models to carry four. It’s on message with its multimedia ports, though, which include three USBs, Bluetooth connectivity, and the now-inevitable built-in Wi-Fi for streaming files from networked DLNA devices or going online through Panasonic’s new Mozilla Firefox OS portal.

As discussed in my Firefox OS review, turning to Mozilla for its 2015 smart TV interface was a masterstroke move by Panasonic, giving it a gorgeous-looking, effortlessly customisable, brilliantly uncluttered and supremely focussed content interface that genuinely challenges LG’s webOS platform for the ‘best smart TV service’ crown.

Panasonic has covered the key app bases too. Netflix and Amazon services are on hand to provide 4K streaming content, and handily the long-awaited Freeview Play system has finally gone live. This doesn’t do anything truly mind-blowing, but it does package its on-demand and catch-up services in an attractively simple interface. The highlight is an electronic guide that goes back in time for catch-up stuff as well as forwards for scheduling. There’s also a good amount of info on the Freeview programming being shown and a reduced-size TV picture in the top right of the screen.

The Freeview Play platform currently carries the BBC iPlayer, the ITV Player, All 4, Demand 5, BBC News and BBC Sport, and I found it so useful that I quickly moved its access icon onto my Firefox homepage.

Aside from the curved screen and native 4K UHD resolution, the big feature of the 65CR852’s pictures is Panasonic’s high-end 4K Pro video processing engine. The engine is designed to let Panasonic’s LCD TVs edge closer to reproducing pictures that look exactly as their creators intended. 4K Pro has tendrils in just about every part of the TV’s picture quality.

With colour it uses advanced 3D Look Up Tables usually found in professional-grade broadcast monitors to deliver a far greater range of colour tones with extreme accuracy. It also uses techniques learned from Panasonic’s plasma days along with 10-bit driving to deliver more greyscale gradations and colour tone accuracy in the darkest parts of the picture. 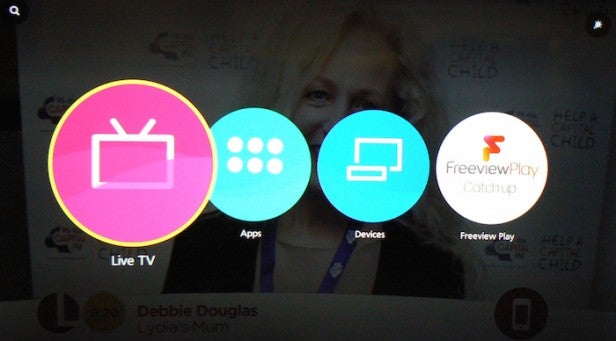 The 4K Pro processing is its Dynamic Range Remaster system is another unique component. It works in tandem with the 65CR852’s high brightness panel to reintroduce image luminance usually lost in the digital compression process.

The 65CR852’s high brightness panel uses direct lighting, where the LEDs are positioned directly behind the screen, along with local dimming, where different parts of the screen can be illuminated separately. This is my favourite lighting configuration for LCD TVs, as it almost always delivers easily seen contrast benefits. The 65CR852’s direct lighting/local dimming configuration should come in particularly handy when it comes to showing high dynamic range (HDR) content once Panasonic has rolled out a firmware update later this year.

The 65CR852 is also as notable as Panasonic’s CX802 series for the amount of picture calibration tools it carries. Every part of its processing is adjustable, plus there’s a full colour management system, as well as extensive gamma and white balance controls. It’s no surprise that the 65CR852 has ‘Professional’ video preset slots an Imaging Science Foundation (ISF) expert could use to calibrate your TV if you want to pay them for the privilege.

The 65CR852 doesn’t have the THX modes sported by Panasonic’s flat CX802 models. This is either because Panasonic didn’t present the CR852s to THX for assessment or because something about the 65CR852’s curved screen (given that its other specifications seem pretty much identical to those of the CX802s) has prevented it from passing THX’s stringent tests. 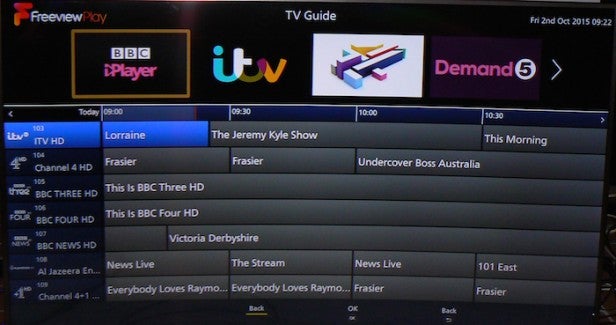 Wrapping up the 65CR852’s key features is its 3D playback – though the set doesn’t ship with any free active shutter 3D glasses. At least the fact that the 65CR852 requires active rather than passive glasses proves it doesn’t use one of the IPS LCD panels that had such a negative impact on parts of Panasonic’s 2014 TV range.

With the 65CR852 your set-up efforts are largely dictated to you by the need to work round some flaws with the 65CR852’s backlight system. While you can have as much fun as you like with the TV’s noise reduction, colour management gamma controls and all the other subtle stuff, the manual backlight and Adaptive Backlight adjustments are ultimately so important to your experience that they start feeling like the only adjustments that really matter.

For dark room viewing I’d recommend setting the backlight to below its 30 level and the Adaptive Backlight feature to its Max setting – even though this latter setting causes a few issues described in the picture quality section.

You shoulds also turn off all noise reduction circuitry for native 4K and good quality HD content, and either turn off the Intelligent Frame Creation/24p Cinema motion compensation settings or only leave them on their minimum power level if you want pictures to keep looking natural. The only exception to this motion processing advice is 3D, where images can benefit from the mid-level motion processing setting due to the appearance of a little extra judder with 3D content.