Although there are areas where the 55AX630 clearly – and understandably – falls short of the outstanding image quality exhibited by the AX802 4K series, it’s actually very accomplished for such an aggressively priced 4K TV.

Unable as usual to resist starting out with some native UHD content – a combination of the Netflix streams and various 50/60p footage we’ve got collected onto a couple of servers – we could clearly and instantly appreciate that we were watching native 4K content rather than ‘mere’ HD. The image looks more detailed, denser, deeper and more utterly devoid of visible pixel structure than even the best HD picture.

Colours look reasonably crisp and natural, too, and benefit from the sort of subtlety only possible when you’ve got a 4 x HD pixel count to play with. 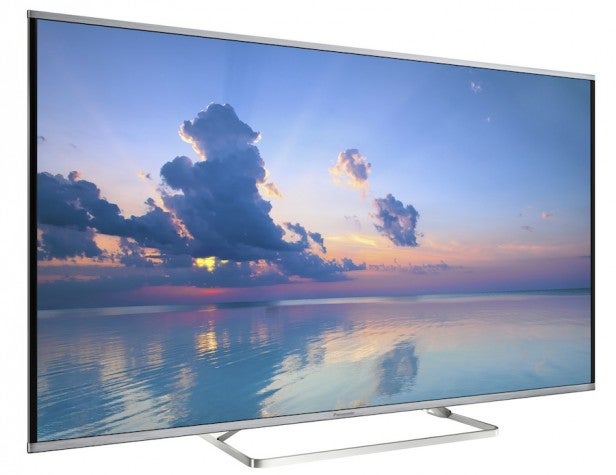 Dark UHD content quickly reveals – at least after a little tweaking of the picture settings – that the 55AX630 is a very tidy contrast performer. Parts of the picture that should look black only suffer with a very gentle grey wash, and there’s no sign of backlight inconsistency or clouding at all, even in the corners. We didn’t experience the sort of light blocking around bright objects that can accompany many sets which, unlike the 55AX630, apply local dimming to their edge LED lighting arrays.

It’s great to see that you can give black levels a noticeable boost via the dynamic contrast system without causing the sort of over-aggressive and distracting light ‘jumps’ often witnessed with TVs that have a less adequate native contrast performance than the 55AX630.

The Panasonic manages to deliver its very respectable black levels without crushing out much shadow detail, ensuring you don’t experience that hollowness in dark areas witnessed with rather too many LCD TVs this year. This is an especially important strength with 4K TVs, as any detail lost from UHD images is particularly obvious and tough to take.

Also notable during the 55AX630’s native UHD playback is the cleanliness of its picture reproduction; there’s no sense of excessive grain, stressy object edges, crawling dots or other signs that would reveal a TV trying too hard to show off its 4Kness. Instead images look balanced and immersive – just the way they should.

We’d worried the 55AX630’s upscaling might take a hit, given the absence of the Hexa processing engine. But while its upscaled images don’t look as sharp as those of Panasonic’s AX802 series, they do still feel like an upgrade from HD. They don’t betray obvious signs of processing noise and nor do they feel laggy or over-sharpened.

In other words, they still look so natural that you forget you’re looking at video that’s essentially had a computer create four times as many pixels as there were in the original image. This is arguably the most pleasant and welcome surprise about the 55AX630’s whole performance.

As hinted earlier, though, you can’t spend this little on a 4K TV without a few strings being attached.

The biggest of these strings is the relatively subdued look of its colour palette versus the gorgeous dynamism of the AX802s and other TVs we’ve seen this year which use wide colour gamut panel designs. Don’t get us wrong, we’re not saying the 55AX630’s colours don’t still look good. But sit it alongside one of its AX802 siblings and you’ll be struck immediately by how much bolder and more expressive the more expensive set’s colour performance is.

Another area where the 55AX630 falls short of its costlier sibling is sharpness. Both native UHD and upscaled HD sources look slightly softer, slightly less crisp. 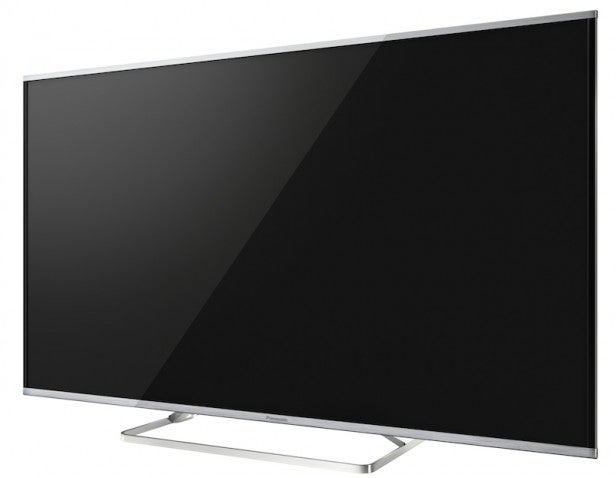 It’s also clear that the 55AX630 isn’t as good at retaining clarity over motion as the AX802 series. For instance, when watching football the individual blades of grass you can see on the pitch blur into a green mass when the camera starts to pan. But the native 100Hz system also ensures that this issue isn’t as bad as might have been expected on such an affordable 4K screen.

This does all mean, of course, that the 55AX630 doesn’t deliver quite as much 4K impact as the AX802s. As we’ve already said, though, you do still feel the 4K difference – just not quite as acutely.

The 55AX630 is also not as adept at upscaling standard-definition sources as the best, more expensive, 4K TVs around, leaving more noise in the wake of its upscaling process, and also losing a little more colour accuracy during the conversion. But then we’d imagine that anyone coughing up for a 4K/UHD TV would be pretty heavily tooled up with HD sources.

Used as the main TV for the review period
Tested for more than a week
Tested using industry calibrated tools, discs and with real world use
Tested with broadcast content (HD/SD), video streams and demo discs
Previous
Panasonic TX-55AX630 Review Next
3D, Sound and Conclusions Review