The 55AX630 gives us as a tantalising glimpse of the shape of 4K things to come. Not because it does anything especially innovative technically, but because it’s a 55-inch 4K/UHD TV from a big brand that’s on sale for just £1300. Yes, you read that right: £1300. So is this the 4K TV world’s first bona fide bargain?

The 55AX630 looks reasonably good, thanks to its combination of shiny metallic top and bottom edges and gloss-black sides. Its open-framed metal stand is easy on the eye, too, drawing minimal attention away from the screen when it’s switched on. 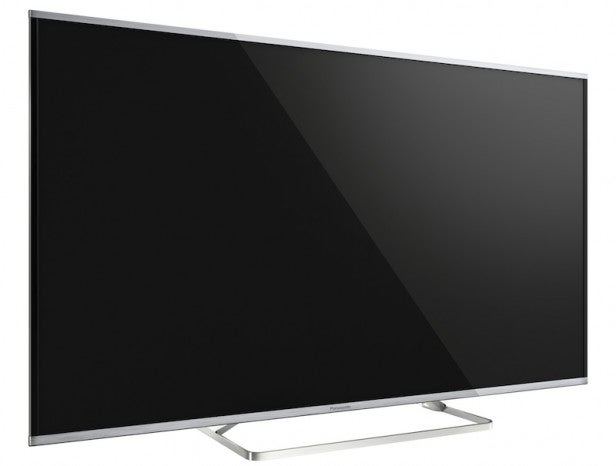 The only signs of its cheapness are that it’s chunkier around the back than many of the latest TVs, and is more plasticky than Panasonic’s more premium sets. Although this is all no more than you’d expect.

The 55AX630 is solid where connections are concerned. There are only three HDMIs rather than the four we might ideally have found, but happily and unusually all three are built to the v2.0 specification, meaning they all support 4K at 60/50p and the latest HDCP 2.2 copy-protection protocols.

Elsewhere the set carries both built-in Wi-Fi and LAN network options, an SD card slot, and two USB slots – for recording to USB HDD from the set’s Freeview HD tuner or playing back video, music and photo files from USB storage devices. The SD support is very welcome, given that nearly all digital cameras now use SD cards. In fact, it’s one of life’s little mysteries why there aren’t more TV brands providing direct SD support on their sets.

Obviously the 4K/UHD resolution is the same 3840 x 2160 pixels. It’s interesting, too – as well as a relief given IPS’s ongoing contrast problems – to find that the 55AX630 uses a non-IPS panel. That fact is revealed even before you turn the TV on, by its use of the active 3D system rather than the passive system used by IPS TVs.

It’s a shame Panasonic doesn’t provide any free 3D glasses with the TV, but we guess we can understand this move given the drive to make the 55AX630 affordable and the apparent dearth of interest in 3D.

Elsewhere, the 55AX630 does not join the AX802 series in boosting its contrast performance with any local dimming system for its LED lighting. We’ll have to be on the look-out for more motion blur, too, as the AX630 series ‘only’ provides a pseudo 1200Hz system versus the 2000Hz claimed by the AX802 models. Though it should be stressed that this 1200Hz engine is built on a foundation of a native 100Hz panel, which is actually an impressive find on such an affordable 4K TV.

More price-focused cutbacks come in the colour department, as it turns out that – potentially very significantly – the 55AX630 doesn’t benefit from one of the wide colour gamut Studio Master Colour panels used so brilliantly in the AX802 models. This will inevitably result in a less expressive and dynamic colour palette.

The 55AX630 also steps down from the AX802 series by not employing Panasonic’s powerful Hexa Processing system, raising the prospect of less effective processing benefits and more unwanted processing side effects.

The 55AX630 does get a dual-core processing ‘brain’ like the AX802 series, though, which should hopefully help its menus and Smart features stay zippy despite their impressive flexibility and sophistication.

We’ve covered Panasonic’s smart features in depth in a previous feature. So we’ll limit ourselves here to mentioning the highlights of TV Anywhere, which lets you access the TV’s tuners and USB recordings on smart devices from anywhere in the world; the Freetime 7-day-back Electronic Programme Guide catch-up system; and Panasonic’s friendly, customisable My Home Screen interface. All of which adds up to one of the best smart TV systems around.

One last thing worth adding about the 55AX630 is that it’s joined in the AX630 range by both 48-inch and 40-inch models – the latter being the smallest 4K TV in town.

The 55AX630 is exceptionally easy to install, thanks to well-explained and well-structured onscreen guidance and even voice tutorials for some of the more sophisticated features such as setting up your own customised home screens. 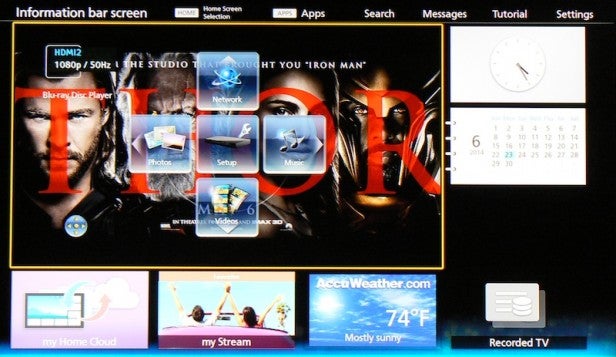 It’s not too hard to get the 55AX630 looking at its best, either. Especially as some of the presets are thoughtfully calibrated.

The main tips we’d suggest are these. First, if you’re trying to watch an HD or UHD film in a dark room, we’d suggest setting the contrast to around 80, the backlight to between 40 and 45, all noise-reduction systems off completely, and the motion processing system on its Low setting. You may want to turn off the Vivid colour option if your tastes lean towards the Rec 709 video standard, but we have to admit to finding its extra punch a guilty pleasure…

With 3D we’d strongly recommend using a slightly toned-down version of the dynamic picture preset if you want to make sure images still look punchy, and unusually we’d recommend that you set the motion processing to Max with 3D, as despite the 55AX630 not having HEXA processing it still manages to do a good job of removing 3D motion judder and flicker without creating severe unwanted processing side effects.