This glinting metallic finish is emphasised further still by hairline brushed finishes and diamond-cut edges. The screen’s rear is extremely trim too, keeping the TX-50DX802 firmly in line with the current fashion of ultra-slim TVs.

Video: Trusted explains how to pick your next TV

Neither my description nor any photos can do justice to the full glory of the DX802’s so-called Freestyle design, which in the flesh looks much more refined and elegant than you might imagine.

If you’re not a fan of the easel though – I did hear one or two event attendees describe it as potential “Marmite” – then it is possible to remove the stand and hang the TV on the wall instead. For me, that stand is so charming and distinctive that I can’t really imagine anyone not wanting to use it.

As you might have noticed from the DX802’s pictures, its easel-like mounting isn’t its only unusual design feature – its audio is provided by an external sound bar. This connects to the TV via a single cable, and is designed to either sit on your table top between the TV’s wide-mounted legs or be wall-mounted via simple mounting points on the speaker’s rear.

The speaker tech squeezed into this external sound bar is impressive. Panasonic rather brilliantly calls it a “12 Train Prismatic Speaker”, reflecting the fact that it contains two tweeters, four squawkers (mid-range drivers) and six woofers. It’s capable of running in standard or pseudo-surround modes, and clearly fires much of its sound forward for a more direct, powerful audio experience.

It’s perhaps a little odd then that the speaker remains the same, whether you opt for the 50-inch or 58-inch DX802; certainly, it feels slightly better suited to the 50-inch model, under which it fits quite snugly. But the sound bar’s matching silver finish means it will be an attractive addition regardless of the set with which it’s partnered.

The DX802’s pictures are created using an edge LED lighting array with local dimming, rather than the direct LED system found in the DX902s. As a result, the set isn’t capable of hitting the specifications required to earn it the new Ultra HD Premium badge of honour, unlike the DX902s.

Panasonic wouldn’t be drawn on exactly where the DX802s fall short of the Ultra HD Premium recommendations, but my guess would be that the edge LED system can’t reach the 1,000-nit brightness requirement. 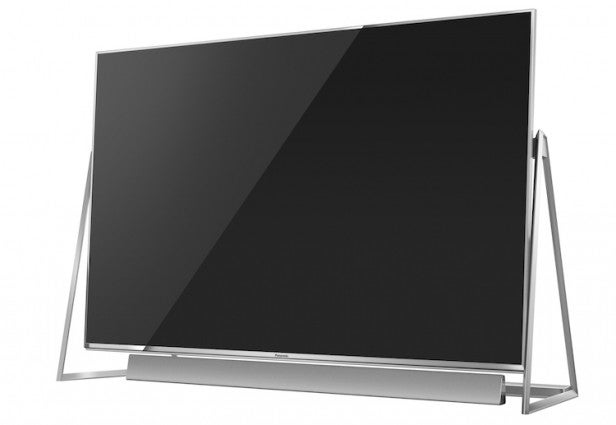 While this might trouble some, from what I’ve seen of the new breed of HDR TVs so far, edge LED TV technology really struggles to hit 1,000 nits convincingly. So Panasonic’s more subdued brightness compromise might actually help, rather than hinder, its performance.

Also included is Panasonic’s latest 4K Pro video processing system, designed to deliver pictures that look exactly as the director intended them to look. This claim continues to be a key part of Panasonic’s TV philosophy/marketing message for 2016.

It’s well worth adding here that the DX802 TVs join the DX902 in being certified for its picture quality by THX.

First impressions of a TX-50DX802 in action suggest that this could be a real success story for Panasonic. Especially since the model will retail for around £1,600; the 58-inch model will go for £1,800.

Starting with that extravagant external speaker, its power, detailing and impact dwarf anything I’ve heard before from a Panasonic LCD TV. In fact, it’s one of the most potent TV sound systems I’ve heard from any brand – period.

It isn’t only about raw power, though. Its sound stage remains cohesive and controlled even at high volumes, and there’s a great sense of balance between the treble and bass ends of the audio spectrum. As a result, you’ll achieve plenty of intricate detail and decent amounts of bass without either overwhelming the other.

Turning to the pictures I witnessed on a TX-50DX802, I was particularly impressed by its backlight performance. The screen looked spectacularly bright, despite not sporting that Ultra HD Premium badge.

It delivered gorgeously rich colours and explosive levels of brightness with the 4K HDR short film that was showing for much of the time. This film was specially created for Panasonic by Marco Polo director of photography Vanja Cernjul, and on the DX802 it did a dazzling job of selling HDR’s charms. 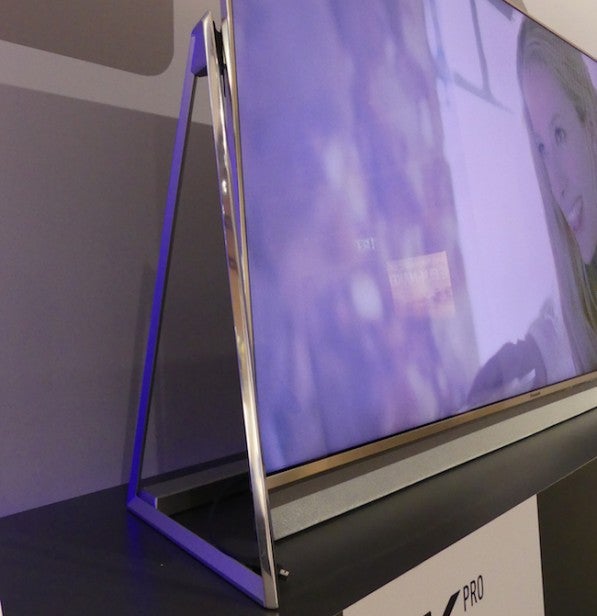 What was really spectacular about the 50DX802’s high brightness output, though, is that on first look there was no sign of the heavy backlight “blocking” or general black level wash-out issues that I’ve seen HDR cause on other HDR-capable edge LED TVs in recent demos.

Even in a scene containing particularly bright highlights – such as car headlights, or the moon – that appear against dark backdrops, I saw only the faintest trace of backlight “haloing” or banding artefacts around the bright objects. The screen’s black-level response looked both impressively deep for edge LED technology and also pretty stable, despite the varied demands of Cernjul’s mini-movie.

Colours look only a little short of radiant, with the panel’s high brightness giving full expression to the extended colour range without making tones look unnatural or “flared out”. The degree of subtlety in the colour rendering really helps sell the screen’s native 4K resolution too, leaving images looking  exquisitely detailed and crisp.

Note that I was only able to assess the TX-50DX802 in a fairly bright showroom environment – hardly ideal for spotting potential issues with backlighting, in particular.

However, on the evidence of what I’ve see so far, the TX-50DX802 and its 58-inch sibling have the potential to become some of 2016’s most desirable TVs.