While there are many moments where the TX-50DX750’s pictures impress in a way you really wouldn’t expect for £1,300, the set is ultimately a little frustrating – something I feel is likely to be the case in a few other 2016 HDR-capable TVs too.

I kicked off my testing with 4K HDR playback from a few clips I have on USB plus, much more excitingly, a selection of Ultra HD Blu-rays played on one of Samsung’s new K8500 UHD Blu-ray players. First impressions were spectacular. 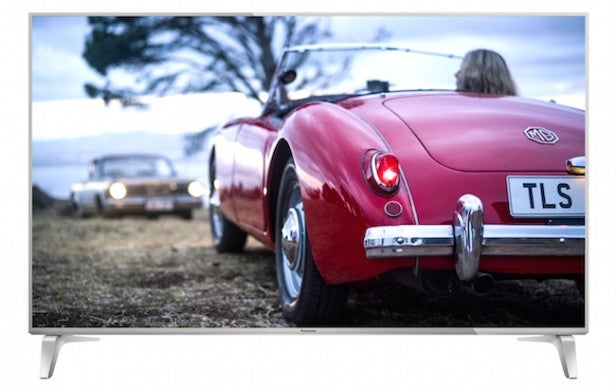 Even though its screen is incapable of hitting 1,000 nits, the TX-50DX750’s HDR pictures look spectacularly bright and dynamic compared with the standard dynamic range TVs we’ve been used to for so many decades. Whether it’s the animated joys of The Lego Movie or the Biblical spectacle of Exodus: Gods And Kings, you never doubt for so much as a second that you’re watching the next generation of home video in action.

Colours pop with a new level of intensity and bright highlights look so radiant that you feel you’re watching the real world through a window rather than a TV screen. The range of luminance from the screen’s darkest to brightest parts is far more extreme. It does no harm to the glories of the HDR experience that the colour and brightness is partnered with the clarity and pixel density you get with a native 4K-resolution panel.

By comparison, the same scenes on a normal SDR Blu-ray without the TX-50DX750’s HDR remastering tools active look almost painfully flat and drab.

With the TX-50DX750 unable to hit the full 1,000-nit brightness output used in the mastering of the first Ultra HD Blu-rays, Panasonic’s processing has to slightly “downscale” the images coming in from the discs to suit the abilities of its screen. But it does this remarkably well, avoiding typical pitfalls such as crushed blacks, hollow-looking peak whites and colour imbalances.

So far, so very good. So what’s the frustration I mentioned earlier?

Well, HDR relies on high brightness levels for much of its impact. Yet while LCD TVs that use edge LED lighting are capable of pumping out far more brightness than a screen that uses OLED technology, they aren’t able to partner that brightness with much local control.

In the TX-50DX750’s case – especially since it appears to be using a vertical backlighting array, where the LEDs are arranged along the TV’s top and/or bottom edge rather than down its sides – the intensity of bright highlights in dark HDR scenes can be accompanied by some fairly distracting stripes of light around them that run all the way down the picture. 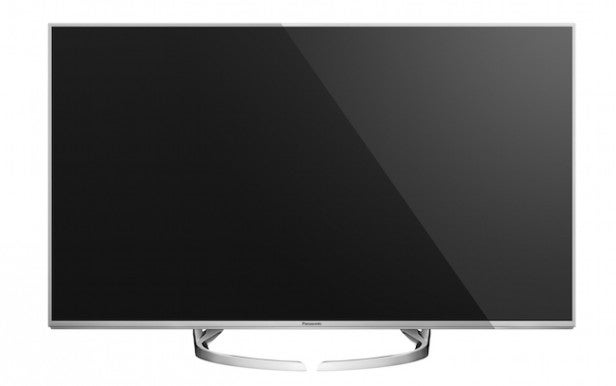 Using local dimming does at least ensure that the TX-50DX750 doesn’t have to adjust the brightness – and thus damage the backlight uniformity – of the entire screen just to illuminate a bright highlight or two in a dark HDR scene. However, since the local dimming is rather crude relative to what may be possible with direct-lit LCD screens, it causes its own striping distractions.

And even despite the local dimming, there are times when you can clearly see the whole brightness level of the image jump up and down as the brightness content of the image changes. The only way to tackle this is to turn off the Adaptive Contrast feature – but, unfortunately, doing that seriously damages the overall black-level response.

I guess you could argue that the TX-50DX750’s backlight distractions with HDR are a small price to pay for the stunning, more real-world dynamism HDR delivers. Especially when Panasonic’s processing ensures that HDR effects always look natural and organic rather than forced and stretched.

It’s also true that the backlight issues aren’t as much of a distraction if you’re watching in a bright room and/or if what you’re watching was shot in a 16:9 aspect ratio and so doesn’t appear with black bars above and below the picture.

Ironically, though, all 10 of the Ultra HD Blu-rays I have feature aspect ratios wider than 16:9, so there wasn’t a single HDR film I watched on the TX-50DX750 where I wasn’t thrown out of the action at least a few times by sudden, over-aggressive backlight activity. 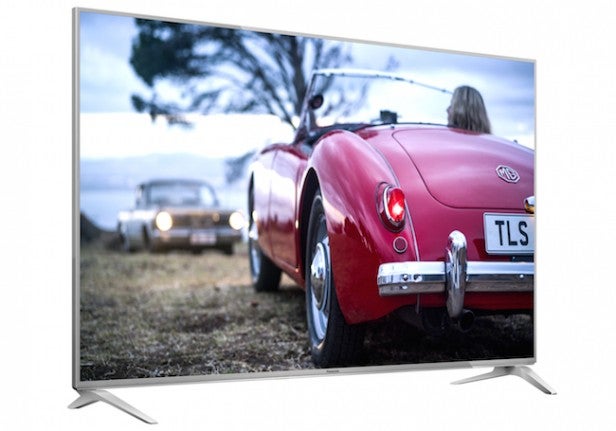 With non-HDR content, the TX-50DX750 is much more consistently excellent. They key point here is that you can drop the TV’s backlight to as low as 30-40% with standard dynamic range (SDR) sources, which is low enough to ensure that all backlight issues disappear and leave you with deep, even black colours that still, impressively, contain bags of subtle shadow and colour detail.

Panasonic’s Studio Master HCX engine also works wonders with SDR in terms of delivering subtle, beautifully balanced colours, and when it comes to upscaling HD content to the screen’s 4K native resolution. HD sources really do end up looking close to 4K thanks to the way the Studio Master HCX engine is able to process out noise and process in startlingly accurate new picture data.

The TX-50DX750’s SDR pictures may have looked even better if they weren’t being produced by a backlight system designed with HDR in mind. But the quality of Panasonic’s processing and quest for naturalism carry the day, resulting in SDR pictures I’d happily recommend to anyone. Especially considering the TX-50DX750’s price.

Used as the main TV for the review period
Tested for more than a week
Tested using industry calibrated tools, discs and with real world use
Tested with broadcast content (HD/SD), video streams and demo discs
Previous
Panasonic TX-50DX750 Review Next
3D, Sound and Conclusions Review