In the context of some huge leaps in picture quality from rival brands – and the memory of one or two Panasonic TV clangers from 2014 – we were worried that the CX802 series wouldn’t have enough firepower to keep up. Happily, these worries have proved entirely unfounded. The TX-50CX802 produces pictures that are, at times at least, the best we’ve seen from an LCD TV.

The most remarkable achievement of the TX-50CX802 – especially in light of the contrast flaws of 2014’s AX902 series – is the depth of black levels it can reach. If you follow the guidelines laid out in the Setup section of the review, you’ll be ogling black levels that are the deepest and, crucially, most uniformly delivered we’ve yet seen from an LCD TV. 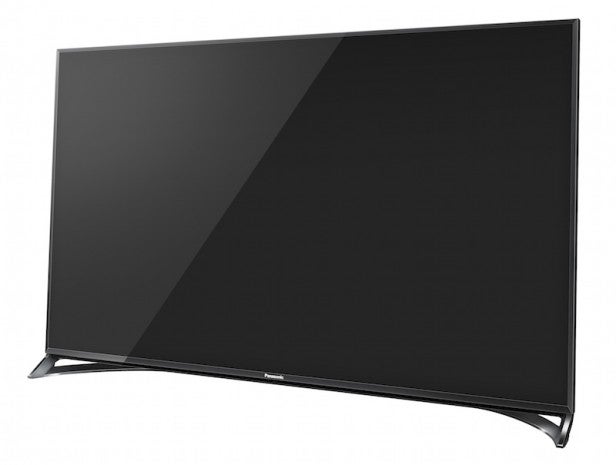 There’s no hint of greyness in either the main image or the black bars above or below the image; everything that should look black just looks beautifully rich. The fact that Panasonic has achieved this, while also delivering the bright parts of predominantly dark images, makes it hard to believe you’re watching an LCD TV over a plasma. Except, of course, that this LCD is delivering more resolution than a 50in plasma would probably ever be capable of.

Completing this remarkable sense of watching a screen that’s using self-illuminating pixels, rather than external lighting, is the TX-50CX802’s ability to pick out even the most subtle details in dark areas. Where most LCD TVs would display an expanse of darkness, with 2D at least, the TX-50CX802 is capable of revealing the subtlest traces of light.

The TX-50CX802’s exceptional handling of detail also means it’s up there with the best when it comes to reproducing subtle colour tones when watching very low-lit content. This helps to ensure the TX-50CX802 is exceptionally good at retaining its sense of 4K, even during dark scenes.

This consistent 4K appearance is also helped by the TX-50CX802’s motion processing, which is able to remove almost all stutter and blur from images. And it does this without generating unwanted distractions such as flickering or edge halos. So long as you don’t use the highest power setting for Panasonic’s motion processing, it even manages this feat without leaving movies looking too soap-opera like. 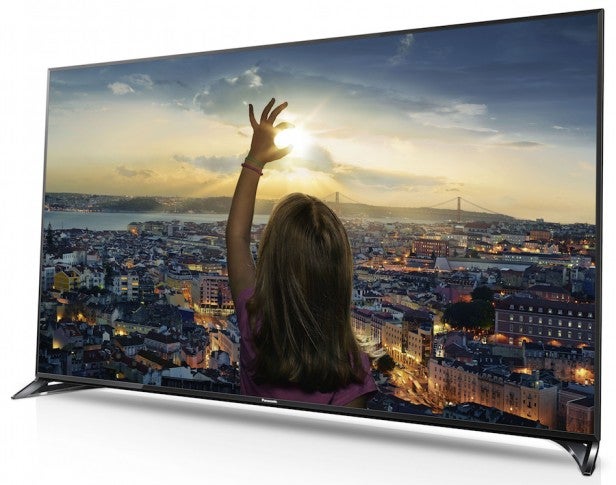 Light handling is supported by similarly remarkable colour accuracy. The Wide Color Phosphor technology and pro-level colour-lookup table both make their presence felt in an expanded colour palette with some exquisite tonal and blend subtleties.

These two strengths really help to unlock the full potential of native 4K content, underlining the finesse made possible by quadrupling the number of pixels in the image and delivering a lovely “window on the world” purity with good-quality 4K content.

The combination of more pixels and enhanced colour handling also helps the TX-50CX802 deliver on that key 4K strength of enhanced image depth, as horizons appear further away and objects take on a more three-dimensional appearance even when the TV’s running in 2D mode.

Although a native 4K source is required in order to unlock the TX-50CX802’s many strengths, the set’ performs brilliantly even when upscaling non-4K content to its 3,840 x 2,160 pixels. Panasonic’s latest processing system seems exceptionally good at recognising noise in a non-4K source – as well as distinguishing between unwanted noise and intentional grain. This results in it creating pixels that look far more a natural part of the image.

The upscaling system is even good enough to render standard-definition sources watchable, avoiding both smudgy noise and over softness commonly seen when 4K TVs try to work with such content. We’d advise against opting for standard-definition sources if you own any 4K UHD TV, but it’s good to know that the TX-50CX802 won’t make a pig’s ear of such content if you really have no choice.

The TX-50CX802’s main picture weakness is that once it’s been calibrated to deliver its optimal black-level response, images don’t look especially bright. Particularly when compared to Samsung’s SUHD TVs.

However, this won’t be a concern for those who like watching movies with their curtains drawn and their lights dim. Also note that Panasonic’s new high-end TV is capable of displaying a more engaging picture in a bright room if you sacrifice some of the black-level bliss. In fact, it might be an idea to set up separate day and night settings to overcome any issues.

This does, however, raise a degree of concern over how well it might cope with HDR content once it arrives. Certainly, we don’t believe it will be able to hit the same brightness peaks of Samsung’s latest high-end TVs. Obviously, brightness shouldn’t be the only concern when considering HDR images, but it remains a part of the HDR spec nonetheless.

As part of or testing, we did try feeding the TX-50CX802 some HDR movie clips of Life Of Pi and Exodus: Gods And Kings, but it was clear from the washed out pictures returned that the set’s HDR management isn’t yet running correctly. Panasonic representatives confirmed this with us, adding that the brand doesn’t yet have a date for when the necessary HDR firmware update might go live. 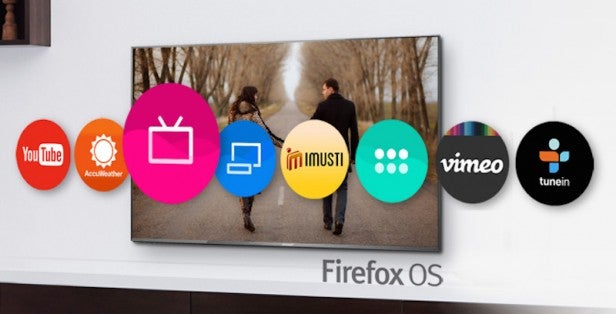 One other issue we experienced with the TX-50CX802 is that under extreme conditions – when a full white logo sits in the middle of a black screen, for example – you get a vague sense of a light “rectangle” stretching vertically up the image. This occurs even after the picture is at its optimum setting for dark-room viewing.

This is an odd discovery on a TV that’s using a direct LED lighting system, and suggests that the number of individually controlled LED backlight zones perhaps isn’t especially high.

On occasion, we also noticed that using the contrast-boosting controls to deliver the finest black levels resulted in momentary flashes of light “stepping”. This results from the backlight controls trying to catch up with the rapid change in the image’s light content.

These latter two issues mean that while Panasonic can certainly deliver incredible black-level response and peerless colour finesse from its latest LCD technology, it isn’t quite up there with Samsung and Sony when it comes to manipulating backlighting on the fly.

However, no TV is perfect. And in fact, a well-set-up TX-50CX802 gets closer to perfection than the majority of its peers. This is especially true if you were a fan of the picture on plasma TVs.

Used as the main TV for the review period
Tested for more than a week
Tested using industry calibrated tools, discs and with real world use
Tested with broadcast content (HD/SD), video streams and demo discs
Previous
Panasonic TX-50CX802 Review Next
3D, Sound and Conclusions Review