The TX-50CX802’s 3D performance is, like it’s 2D performance, easily the best Panasonic has achieved since pulling the plug on its plasma TVs. In fact, it’s one of the best 3D performances I’ve seen from any LCD TV full stop.

Levels of detail and clarity are exceptional from the set’s active 3D system. Colours look natural and are rendered with enough subtlety to enhance the sense of 3D, and the screen’s awesome contrast performance helps it deliver a huge sense of depth and perspective.

For the most part motion is handled well too, with less aggressive juddering and stuttering than we’d usually see. Best of all, Panasonic has made real headway with the crosstalk ghosting noise; it’s now so low-level that you’re unlikely to even notice it. The only exception is subtitles, which can suffer double ghosting – although not to a level where you can no longer read what they say. 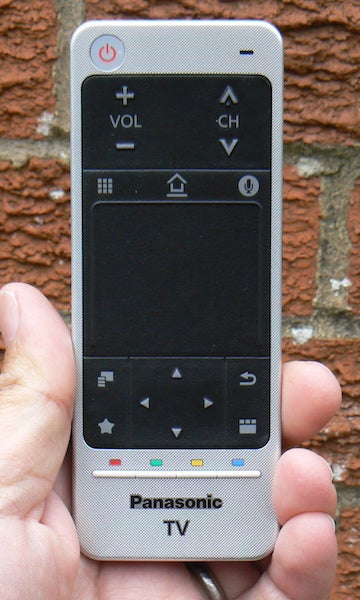 We have two issues with the TX-50CX802’s 3D images. First, they don’t look especially bright when compared to pictures from the latest Samsung and LG 3D TVs. Second, the backlight can suffer a few problems with very dark content in 3D mode, resulting in uniformity errors and some shadow details disappearing from the picture. These are issues that are hardly ever seen in 2D playback.

Overall, though, 3D pictures are so good that it’s a real shame the TV doesn’t ship with any 3D glasses as standard.

The TX-50CX802 is a pleasingly potent audio performer. Voices sound rich, powerful and natural. The sound stage is detailed, dynamic and reasonably widespread – without losing cohesion. There’s also an open feeling to the mid-range that helps the set produce plenty of volume without distortion, or the soundstage starting to sound cramped.

Unfortunately, the 50CX802 doesn’t deliver the same sense of attack during action scenes that the very best TVs do, and nor does it achieve a particularly profound depth of bass. It either just ignores the deepest bass sounds or else renders them in a rather boxy, unconvincing way that leaves them sounding separated from the rest of the soundstage.

The TX-50CX802 produced an input-lag measurement during our tests of around 38ms when using its Game setting. While not quite as low as figures recorded from recent Sony and Samsung UHD TVs, Panasonic’s measurement is only a few milliseconds off the pace, which didn’t amount to any obvious performance issues during our gaming time with the screen.

Also note that the TX-50CX802 ships with two remote controls: a “standard” one and a “smart” one. Although the standard remote is more generous in size, it’s effective in that there’s a dedicated Netflix button and key buttons are placed in prominent positions around the navigation “circle”.

The smart handset is much improved over previous Panasonic second remote controls. It features a new curved design that feels extremely comfortable in the hand, and the touchpad at its heart is larger than the small, circular one employed on previous Panasonic smart remotes.

Using your voice to control basic TV features is also possible with the smart remote. The voice-recognition system works pretty well: it recognises your words fairly accurately for search, and it doesn’t try to be over ambitious in the sort of functionality it offers.

If you’re a serious film/picture quality fan – especially if you’re looking for an LCD TV that delivers a plasma-like experience – then the TX-50CX802 is a revelation. It delivers gorgeously natural pictures, which are detailed and rich in contrast – so much so, that at times it’s hard to believe that you’re watching an LCD TV.

Samsung’s SUHD models – especially the JS9500 series – are markedly more aggressive with their pictures, while Sony’s X9405C models combine their also-excellent images with the best audio available from a mainstream television. While more understated, however, the TX-50CX802’s charms will be no less engaging and unique to the right kind of viewer.

The TX-50CX802 is yet another superlative 4K TV for 2015. Sure, it isn’t as aggressive in its approach as some rivals, and we haven’t yet been able to test it with HDR. However, its detailing, colour accuracy and black-level response combine to create a picture that finally earns Panasonic the same imperious picture-quality status with LCD that it once enjoyed with its best plasma TVs. And you get all this for a competitive price.