The 50CX680 is capable of delivering exceptional pictures for its price tag.

Leading the way is superlative black level performance. Dark picture areas look punchy and dynamic with scarcely a hint of any tell-tale low-contrast grey mist or – if you’ve been careful with the backlight setting – any backlight inconsistencies and distractions.

Even better, the blackness looks impressively natural in the sense that there’s no sign of the glowing sensation you get with LCD TVs that have to try too hard to produce a deep black colour. There’s also precious little sense of the hollowness you get if a screen is crushing lots of shadow detail out of dark areas in its bid to produce convincing blacks.

More proof of how natural and unforced the 50CX680’s black level response and contrast is can be seen in the way it manages to deliver bright areas of predominantly dark pictures with much more brightness than you would normally expect to find for so little money.

Good black level reproduction usually contributes to good colours, and this trend holds good with the 50CX680. Colours combine a good level of dynamic range and vibrancy with the sort of deft blending, subtle toning and impressive naturalism that tends to separate the heroes from the zeroes in the TV world. So much so that it’s hard to believe that the 50CX680 isn’t equipped with the full version of Panasonic’s 4K Pro technology, nor that it’s as cheap as it is.

We also appreciate the flexibility of the 50CX680’s colours, which can either get – with a minimum of effort – to levels close to the established industry standards, or else can be set to look strikingly dynamic without warping the picture’s overall colour balance.

It’s with the subtlety and flexibility of its colours that the 50CX680 arguably makes it biggest – though certainly not its only – argument for spending a bit more on it than you would for even good budget TVs like the recently tested Hisense LTDN50K321UWT.

The 50CX680 also goes beyond its price point when it comes to getting plenty of impact from its native 4K resolution. Its 50-inch screen isn’t massive by 4K standards, but the sheer volume of pixels combines with the finesse of the screen’s light and colour handling to produce a picture that’s clearly more detailed and crisp than any HD one. 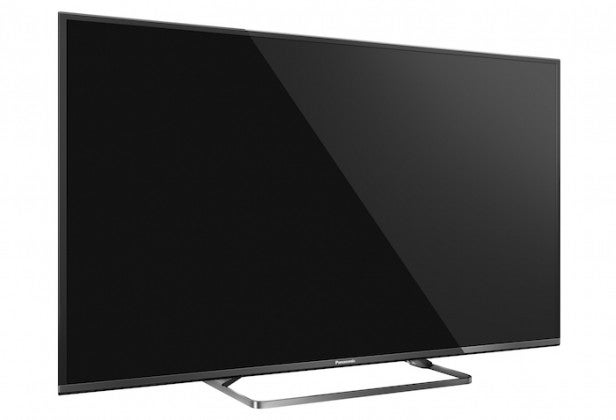 What’s more, while the 50CX680 is, as you’d expect, at its absolute best with native 4K content, it also does a superb job of converting HD sources to the screen’s Ultra HD pixel count, suppressing noise at the same time as it adds detail.

Put all the strengths of the 50CX680’s picture together and there are times when a sensibly set up 50CX680’s pictures enjoy an almost painterly beauty, humbling the images of many TVs costing much more.

Good though it is, the 50CX680 isn’t completely oblivious to its relative affordability. Aside from the sundry slight backlight clouding flaws you need to work around, the screen is also not the best at handling motion. With no motion processing engaged pictures look pretty juddery when there’s a lot to handle, yet none of the motion interpolation systems do a totally convincing job of sorting this issue out. The Mid and Higher Intelligent Frame Creation/24p Smooth Film modes get rid of almost all the judder and resolution loss, but also cause some quite distracting processing glitches.

The Low setting is the most effective overall in that it throws out the least amount of unwanted side effects, but can still leave motion – camera pans, at least – looking a bit jerky and unnatural.

It’s in these motion handling issues that the CX680 most falls short of Panasonic’s CX700 series, giving reason to find the extra £50 or so required to step up to the 50CX700.

One final picture issue is that the 50CX680’s screen is rather reflective of objects and light sources in your room, which can prove a distraction during dark scenes in particular if you haven’t got your room’s lighting under control.

Used as the main TV for the review period
Tested for more than a week
Tested using industry calibrated tools, discs and with real world use
Tested with broadcast content (HD/SD), video streams and demo discs
Previous
Panasonic TX-50CX680 Review Next
Sound and Conclusions Review