The 50CX680 is a 50-inch 4K UHD TV from the lower end of Panasonic’s current range. This means it doesn’t get the full suite of 4K Studio Master processing tools found higher up the range, and so presumably won’t be able to fly quite so close to achieving Panasonic’s target of reproducing pictures that look exactly like their director intended.

It still boasts a ‘Super Bright’ panel and Panasonic’s Studio Master Colour processing, though, as well as Panasonic’s excellent Firefox OS operating system powered by a Quad Core processor. All of which makes its £699 price look potentially great value.

SEE ALSO: The Best TVs You Can Buy

The 50CX680’s design is strikingly minimal. There’s only a centimetre or so of black frame around the top, left and right edges of the screen, and this only expands slightly for the dark metallic silver bottom edge. The desktop stand, meanwhile, is essentially just a trim rectangular metal frame that’s barely visible when you’re looking at the TV straight on.

What there is of the 50CX680’s chassis certainly isn’t unattractive, though, and it’s decently well built, setting it apart from the majority of budget TVs out there.

Connectivity is fair enough for such an affordable 4K UHD TV. There are only three HDMIs when ideally there would’ve been four, but they’re all built to the 2.0 specification and support the HDCP 2.2 protocol required by 4K sources. This means they should be able to handle anything the next generation of sources can throw at them – except HDR (high dynamic range), which the screen isn’t capable of displaying anyway.

There are also three USBs and integrated Wi-Fi for multimedia playback, with the network connections supporting DLNA streaming from networked devices and access to Panasonic’s walled garden of online content.

This online content has swelled considerably this year thanks to Panasonic introducing a new smart operating system based on the Mozilla Firefox platform. Unlike the Android smart TV OS introduced to Philips and Sony TVs this year, though, the Firefox one does a great job of understanding that the needs of TV users differ greatly from the needs of PC, tablet and smartphone users.

Its interface is colourful, attractive, logical and fantastically uncluttered, as well as supporting simple customisation so that you can easily set up your own home screen containing just the apps you want. 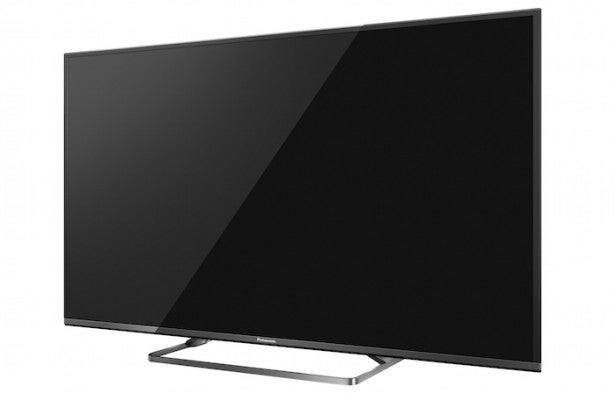 It’s a relief, too, to find the TV supporting the 4K versions of the Netflix and Amazon streaming apps, given that these are still your main sources of 4K content – until Ultra HD Blu-ray rolls into town early in 2016.

Also greatly appreciated is the TV’s Freeview Play system, which packages the catch-up services of the BBC iPlayer, ITV Hub, All 4 and Demand 5 into one easy-to-use interface built around an electronic programme guide that can be scrolled back seven days as well as forwards.

All in all, as discussed in our separate Firefox OS review, it gets closer than any other brand’s smart TV platform to giving LG’s webOS a run for its money.

The 50CX680’s pictures are generated on a VA-type panel – rather than one of the usually disappointing IPS panels that found their way into some of Panasonic’s 2014 TV range – using an edge LED lighting system with local dimming. Panasonic’s Studio Master Colour system is on hand to provide a wider colour gamut, and the use of a highly transmissive LCD panel means that it can deliver more brightness than the usual LCD of its type without consuming significantly more energy.

This is all strong stuff to find on such an affordable 4K TV, despite the lack of 4K Pro processing. Arguably the only significant disappointment is the TV’s pseudo 200Hz motion playback system. This is a big downgrade from the pseudo 800Hz system found on the CX700 models offered exclusively via Currys.

We’ve mentioned already that the 50CX680 doesn’t support HDR, but there’s one other thing it won’t play: 3D. This likely won’t be a deal breaker for many people these days, though.

You need to exercise a little care with the 50CX680’s pictures if you want to get the best out of them. But as we’ll discover presently, the results make the effort worthwhile.

The most important thing is to reduce the backlight to below its 50 level for any dark room viewing. Around 45 is probably the best balance between punch and black level consistency. Any higher and you can see a few backlight issues – jets of light sneaking in from each corner, faint blocks of light around very bright objects caused by the local dimming arrangement, and numerous areas of subtle clouding. Go much lower than 40 and pictures start to lose more of their enjoyable punch than most users will likely feel comfortable with. 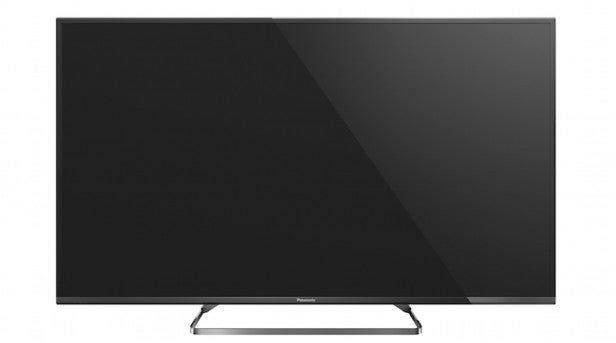 We’d also suggest setting the contrast to about 83 to limit noise and stop pictures looking a touch over-extended, as well as turning noise reduction and the Ambient Sensor off. Set the Adaptive Backlight to Low or, perhaps, Mid if you’ve followed the backlight and contrast advice.

It’s worth saying that the 50CX680’s True Cinema preset offers an unusually good dark room picture set up right out of the box if you’re not fond of tinkering with things yourself, except that it leaves the blur-inducing noise reduction circuitry engaged.