The 50CS520 is a bit of a shock to the system. In a year where pretty much every TV we’ve tested so far has been 4K UHD this and HDR that, and with price tags to make your eyes water, what Panasonic has given us here is a seriously affordable full HD TV. And while it may lack the headline-grabbing innovations and glamour of this year’s flagship TVs, the 50CS520 is in reality exactly the sort of TV that will likely still find its way into many UK living rooms. So let’s hope it still delivers plenty of quality despite the pressure now being applied on the HD market by the arrival of 4K.

The 50CS520 is fairly attractive in a no-nonsense kind of way. Its frame is impressively slim, and the combination of a shiny sliver bottom edge and dark grey for the other sides is appealing. The barely-there stand is easy to put together and subtly enhances the design if you’re not wall-hanging the TV. 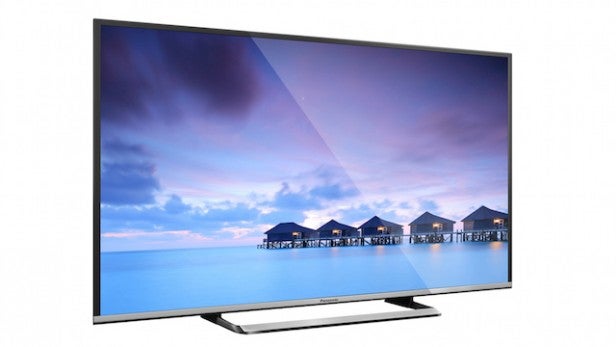 The set’s build quality is nothing to write home about –
plastic dominates over metal or glass – but it doesn’t look cheap from a viewing distance.

The 50CS520’s connectivity shows more obvious signs of cost cutting, though, as there are only two HDMIs and one USB port when in previous years we’d have expected an extra one of each from a non-budget HD TV. To be fair, though, the CS520s aren’t the top HD series in Panasonic’s new range, and the step-up CS620 models do carry one extra HDMI and USB port if you need them.

The 50CS520’s 50-inch screen is illuminated by edge-mounted LEDs, and while there’s no form of local dimming control (which is perfectly understandable on a £520 50-inch TV) there is a pretty effective adaptive contrast engine that subtly adjusts the general backlight output in response to the image content you’re watching.

The set is capable of emulating a 200Hz motion response too, and employs one of Panasonic’s new Bright Panel Plus screens to deliver a supposed dynamism boost over the equivalent screens from last year.

When it comes to smart features, the 50CS520 is a mixture of good and bad. On the downside it doesn’t get Panasonic’s new Mozilla Firefox OS; that’s saved for TVs notably higher up Panasonic’s range. Instead it gets the same my Home Screen smart system sported by last year’s Panasonic TVs. It has to be said my Home Screen is now looking seriously dated following the advent of Samsung’s Tizen, LG’s webOS and, to a lesser extent, Sony’s Android smart systems.

However, while it may look (and sound, once the ‘robot lady’ voice kicks in!) old-fashioned, ‘my Home Screen’ remains one of the most friendly and, crucially, customisable smart interfaces seen to date. You can even set up different, easy to access home screens for different family members in a hassle-free way – a trick no other smart TV platform has been able to deliver as convincingly.

The 50CS520 also carries the Freetime platform, giving you access to catch up TV services for all the key UK broadcast channels and Freetime’s excellent back- as well as forward-scrolling electronic programme guide for easier discovery of on-demand content. The addition of Freetime (accessed via the Guide button) is particularly welcome in the 50CS520’s case since Panasonic’s my Home Screen platform doesn’t offer catch-up apps for ITV,  Channel 4 or Channel 5. 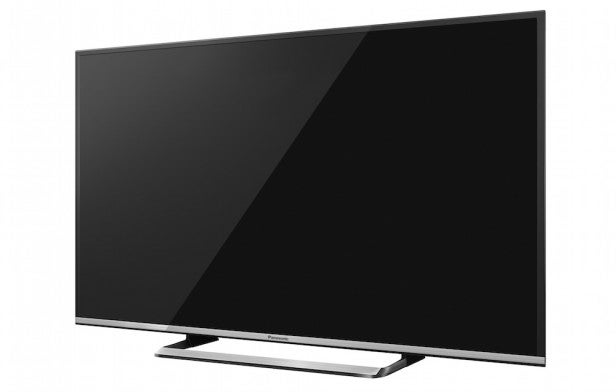 Wrapping up the discussion of the 50CS520’s features is actually something it doesn’t have: 3D. If you want 3D you’ll need to step up to the CS620 series.

Panasonic can usually be relied on to deliver plenty of set up flexibility with its TVs, and the 50CS520 doesn’t disappoint. As well as a solid series of presets, there’s a custom mode from where you can adjust just about anything.

Highlight customisation options include a colour management menu (though rather annoyingly this covers most of the screen while you’re using it, making it hard to see pictures behind); white balance fine tuning; the ability to tweak both the gamma and black expansion elements of the dynamic contrast system; and the inevitable suite of adjustments for the TV’s MPEG and standard noise reduction elements.

There’s a vivid colour setting that AV purists will likely turn off while most other people will likely prefer on, and there’s a 1080p Pixel Direct mode for purer playback of Blu-rays. Helpfully the menus adjust themselves depending on what sort of source
content you’re watching when you hit the menu button on the remote. 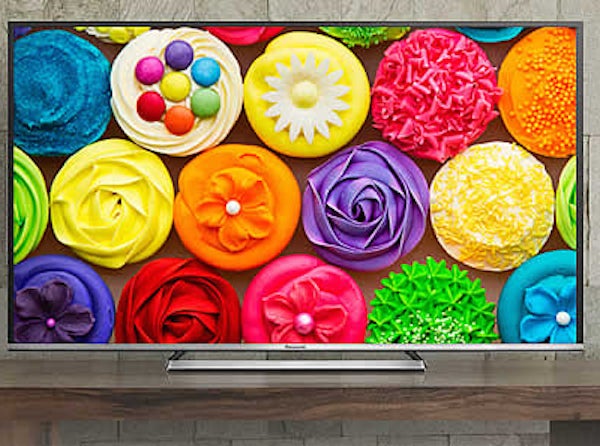 The most important changes we’d suggest you make are to ramp the backlight way down to below its 20% setting when watching films in dark rooms (for reasons we’ll get into in the picture quality section of the review), the contrast should never be set higher than around its 85% level to keep a lid on picture noise and turn off the NR circuits while watching any decent quality HD material.