The picture qualities that make the Panasonic TX-50AX802’s 2D performance so outstanding remain predominantly valid with
its 3D pictures too. Having seen a number of passive 3D TVs in recent
times, the first thing that struck me about the 50AX802’s active 3D
pictures was how gorgeously detailed and sharp they look compared with
the reduced resolution of the passive system. It’s great, too, to see
small bright objects and curved edges appearing without a trace of the
jaggedness that’s part of the passive experience.

The extra pixel
density and detail that come with active 3D on a native 4K screen
really helps to make the 3D world feel more real, tangible and, as a
result, immersive. With this in mind we can’t wait to get our hands on
one of the 50AX802’s bigger siblings, so that the 3D can really fill our
field of view. 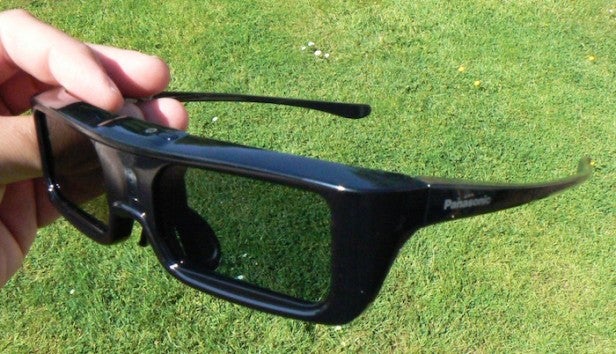 Motion is also handled well in 3D thanks to the
extra processing power in the Panasonic TX-50AX802, with 3D’s tendency to suffer
judder being comfortably contained without leaving the picture looking
too processed.

The intensity of the 50AX802’s colours remains
clear to see even with Panasonic’s latest active 3D glasses on, and we
were really pleased to note, too, that there’s less of a brightness drop
off during 3D viewing than we became used to seeing from Panasonic’s
plasma TVs.

The Panasonic TX-50AX802’s exceptional contrast performance proves
helpful, meanwhile, in helping the screen delineate an excellent sense
of depth and 3D space, and it’s great to see that this sense of depth –
along with the extreme levels of detail – aren’t badly affected by
active 3D’s crosstalk ghosting problem.

We’re not saying there’s no
crosstalk at all. There is a little around bright objects in the extreme
foreground or background. But its occurrences are irregular and subtle
enough not to become a dominant, distracting factor.

The
50AX802 delivers a fairly potent audio accompaniment to its excellent
pictures. Vocals sound clear, the mid-range is wide and open enough to
deliver a good sense of scaling during the ebbs and flows of action
movies, and treble detailing is superb. 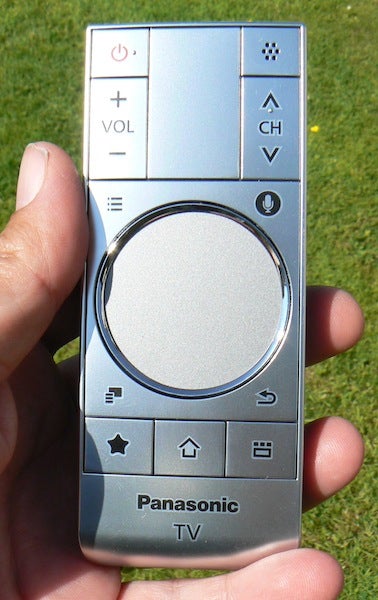 There’s even a
presentable stab at injecting some bass into proceedings. However, at
high volumes treble details and shrill voices can start to sound a bit
fragile, distorting quite distractingly at times.

There’s also no
denying that the 50AX802 (like most other TVs!) is no match for the
spectacular audio delivered by the large forward-firing speakers of
the Sony X9005B 4K TVs.

The Panasonic TX-50AX802 ships with two remote controls: a ‘standard’ full-sized handset
containing a full set of buttons, and a second smaller handset with a
much-reduced button count and a small circular touchpad.

The full-sized
handset (picture in the gallery above) is rather lovely, boasting a gorgeously heavy metallic finish
that feels great in your hand and elegant backlighting to support use in
a darkened room.

The touch pad remote is also attractively
finished, but we just didn’t get comfortable with it. Especially the way
you have to tap it to select options.

If you’re a serious gamer,
you’ll be interested in the 50AX802’s input lag measurement. Our
measurements recorded a typical figure of just under 40ms, which is one
of the lowest figures we’ve seen from a 4K TV and shouldn’t majorly
impact your gaming abilities. Excellent. 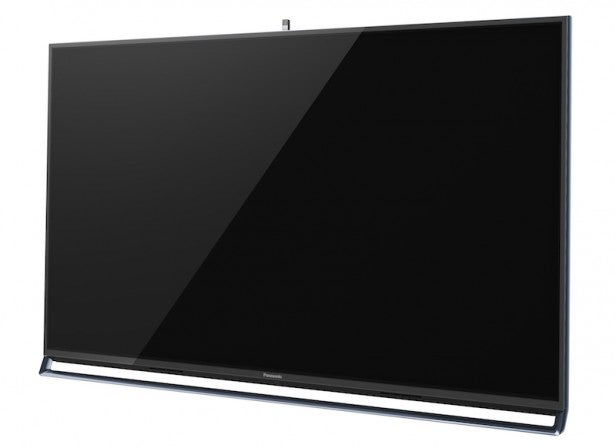 The Panasonic TX-50AX802’s picture quality is nothing short of outstanding and its smart
functionality offers some brilliantly thoughtful features.

During our initial review of the 50AX802 we nonetheless felt unable to give the set an unqualified recommendation due to its then seemingly terminal lack of Netflix 4K support. However, now that Panasonic has managed after all to bring Netflix 4K to the 50AX802 those qualifications melt away, leaving us able to give Panasonic’s 4K star the ‘two thumbs up’ it now richly deserves.

Now Panasonic has fixed the 50AX802’s initial lack of Netflix 4K support, the set can be considered a dazzling success – and one which proves without question that 4K isn’t just worthwhile on super-sized screens.