Exclusive to the Currys/PC World group, the 48AS640 is a £749 48-inch TV from roughly the middle of Panasonic’s 2014 LCD TV range. Key features include the Freetime catch up TV system, a dual core processor driving the smart menus and picture processing, and 3D delivered by the full HD active shutter system. This latter fact reveals right away that the 48AS640 is using a ‘VA’ style of LCD panel rather than the IPS type used for much of the rest of Panasonic’s 2014 range. We’ll discuss why this matters later.

The 48AS640 is one of this year’s prettier TVs. The silver, gently metallic finish applied to the top and bottom edges of the bezel contrasts handsomely with the black of the left and right sides – and all sides impress with their striking slenderness.

The set’s rear is pretty trim too for a mid-range model, and although the build quality feels slightly flimsy while you’re man-handling the TV onto its stand, it doesn’t look overtly plasticky from a typical viewing distance. 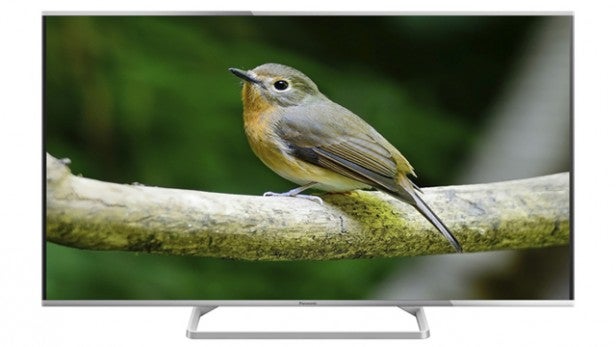 Connections are satisfactory with their highlights of three HDMIs, two USBs and integrated Wi-Fi. In a perfect world an extra HDMI would have been awesome, but three should get the job done for your typical UK household.

The 48AS640’s Network/smart features are excellent. The highlight for us is Freetime, where you can access the catch-up services of the key UK broadcast channels via a brilliantly simple Electronic Programme Guide that can be scrolled back through time as well as forward.

Also excellent are TV Anywhere (which lets you use your phones and tablets to watch your TV’s tuner no matter where in the world you are), and the personalisable My Home Screen smart interface. For much more detail on Panasonic’s latest – excellent – smart system, check out our dedicated review.

The 48AS640 only sports a single tuner, which is slight shame as it limits the set’s second-screen options. The AS640s are also the last series in Panasonic’s 2014 range where you don’t get a Freesat tuner alongside the Freeview one.

Elsewhere, though, the 48AS640’s specifications look strong. Motion handling should benefit from a startlingly high 1200Hz-emulating motion engine driven by backlight scanning and frame interpolation. The panel is a full HD one, there’s 3D playback of the active variety (with two pairs of glasses included free), and there’s a decent selection of picture calibration tools (including colour management).

As mentioned in the opening paragraph, the 48AS640 uses a VA-type LCD panel rather than an IPS one. This is significant because we’ve become increasingly disillusioned with IPS technology this year, finding its slightly wider viewing angle support insufficient recompense for the fact that it struggles to deliver convincing contrast. 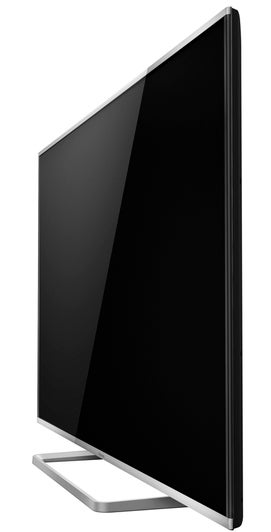 One final feature worth highlighting is that the AS640 series ship with two remotes. A small, button-light ‘smart’ remote with a circular touchpad is offered alongside the normal full-sized, heavily buttoned remote.

Since we’re not wrestling with an IPS panel, it’s not that hard to optimise pictures on the 48AS640. We’d personally turn off the ambient sensor and just set up your own preferred daytime and night-time settings, and while you can get away with a backlight setting of around 60 for daytime TV viewing you’ll probably want to shove it below 40 when watching films, for reasons discussed in the picture quality section.

Also, as ever, you should turn off all noise reduction systems when watching HD.

Contrast shouldn’t ever sit higher than around its 80 level if you want to stop pictures looking noisy, and finally on balance we chose to leave the Adaptive Backlight switched on, as it doesn’t cause many distracting light ‘leaps’.