The first of Panasonic’s new range of flat TVs arrives with quite a weight of expectation on its shoulders. For the brand scored critical successes pretty much across the board with its previous ‘Viera’ TV range, regardless of whether a particular model used LCD or plasma technology.


The TX-32LZD80, as you would expect given its 32in screen size, is an LCD model. But this is pretty much the only way in specification terms that it’s similar to its 32LXD70 predecessor.


The single most significant difference comes with its native resolution. For the 32LZD80 is that rarest of things, a 32in LCD TV with a full HD pixel count. This is the first time that Panasonic has managed to squeeze 1,920 x 1,080 pixels into such a small screen, in fact. 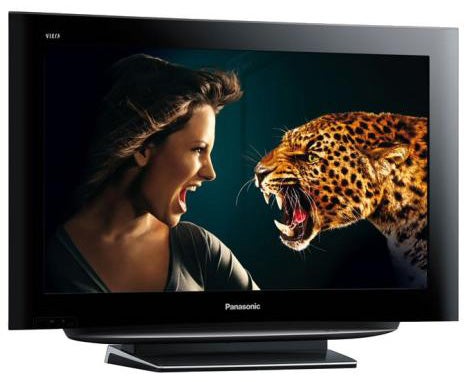 The 32LZD80 also differs from most previous Panny LCDs in having three HDMI inputs, all built to the latest v1.3a specification. This means they’re all capable of handling the Deep Colour/x.v.YCC colour format now produced by JVC and Panasonic HD camcorders, as well as HDMI 1.3’s auto lip-synching functionality if any sources ever support it.


Another connection trick of the 32LZD80 that was once exclusive to only the top echelons of Panasonic’s flat TV range (the 32LZD80 actually sits fairly low down in the new pecking order) is a built-in SD card slot, via which you can play your digital still photographs straight onto the TV screen.


Elsewhere Panasonic has refined its proprietary image processing system into ‘V-Real 3′ from the previous, already excellent V-Real 2. At the time of writing, though, I have to say that the only information I have from Panasonic on exactly how V-Real 3 improves on V-Real 2 suggests that they’ve ‘redesigned every V-Real device’ and ‘combined technologies that were originally developed to produce the HD camcorders that relay the excitement of the Olympic Games with technologies that were created by the Panasonic Hollywood Laboratory (PHL) for moviemaking.’ Er, right then.


Sorry about the gratuitous Olympics mention back there, but I guess if you’ve coughed up as much to be an ‘Olympic Partner’ as Panasonic doubtless has, you’ve probably earned the right to drop the Olympic name as often as you feasibly can!

Anyway, getting back to the matter at hand, my more prosaic take on Panny’s flowery V-Real 3 words would be that its new improvements make pictures look more natural via improved noise reduction, colour and possibly contrast algorithms. If I can drum up any more specific info on V-Real 3 in time for the next Panasonic review we do, rest assured I’ll tell you all about it.


Having mentioned contrast just then, now seems like as good a moment as any to mention that Panny has refined its dynamic contrast system for the 32LZD80. Now the system of automatically dimming the TV’s backlight output during dark scenes is claimed to deliver a seriously potent contrast ratio of 10,000:1.


Other features of note on the 32LZD80 include full 1080p/24fps compatibility and the option to deactivate overscanning from the picture so that 1080-line sources can be presented on a purer, pixel for pixel basis.


It’s worth adding, too, that the screen is built using ‘IPS Alpha’ technology, designed to deliver a much wider genuine viewing angle than ordinary LCD TVs can offer. 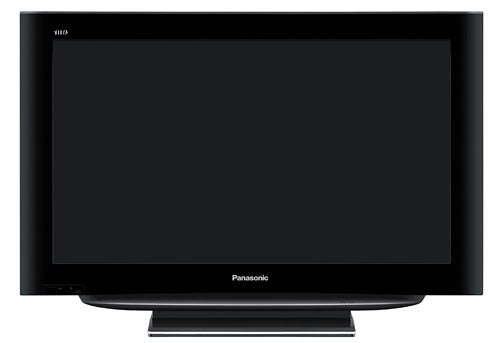 Before getting into how this exciting-sounding new TV performs, there is one feature it doesn’t have that we hopefully won’t miss too much: 100Hz processing for reducing LCD technology’s customary problems with motion blur.


In most ways the 32LZD80’s pictures live up to the high expectations its specifications – and Panasonic’s heritage – have built up in our minds. For instance, the V-Real 3 engine works wonders at keeping video noise of every type out of the picture. HD images thus look terrifically polished, without the slightly ‘gritty’ look they can take on with lesser TVs.


Perhaps an even finer demonstration of the V-Real 3 system’s talents, though, can be seen in the superb way that standard definition pictures from the onboard digital tuner survive the journey up to the TV’s full HD pixel count. Rare indeed are full HD TVs that manage to make standard definition sources look this clean and natural.


The 32LZD80 also deserves credit for its colours. For instance, I can’t remember a 32in TV that’s done a better job of making the tricky ”Blade Runner” Blu-ray’s skin tones look realistic, or portrayed the subtle colours of the futuristic, neon-lit city walls so accurately – all without any ‘striping’ of colour blends.

Sadly, though, at least some of the good work we’ve just described is undone by a single depressing – and slightly unexpected – weakness: an uninspiring black level response.


If you stick to the relatively contrast-light fodder of daytime TV, you probably won’t notice this issue. But the pitch blackness of parts of J F Sebastian’s flat in ”Blade Runner” gets reduced to a misty greyness by the 32LZD80’s inability to get as dark as we’d like it to. Even using the ‘Cinema’ preset doesn’t make a significant difference. Darn. 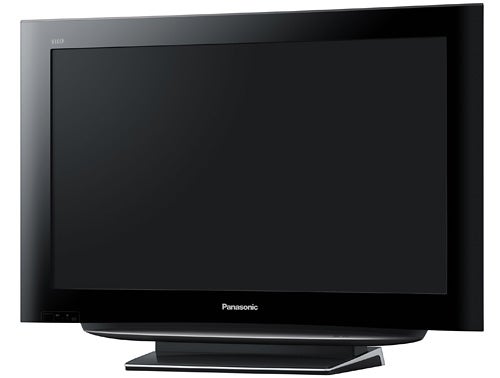 I also felt that the 32LZD80’s colours, while natural, weren’t especially vibrant, and that HD pictures weren’t as pin sharp as expected given the panel’s full HD resolution – though if this is the price you have to pay for the noiseless finish to images I described earlier, I guess it’s fair enough.


We’ve previously been critical of the audio talents of sets at the lower reaches of Panasonic’s LCD ranges. But the 32LZD80 marks a big improvement, managing to squeeze much more power and dynamic range out of its speakers, and getting solid help from one of the more respectable ‘3D sound’ processors around, BBE’s ViVA system.


The 32LZD80 seems to have all the right things in all the right places spec-wise, performs well in many ways, and is a decent price all things considered. Yet I can’t help but feel a touch disappointed that on the evidence here Panasonic doesn’t seem to have advanced its black levels much at all since its past LCD generation.


Oh well – maybe the brand’s upcoming bigger LCD models will fare a little better. And heck, even if they don’t, there are always Panny’s new plasmas to look forward to!