Who’d have thought that one day a technology originally developed for CRT TVs (remember those?) would play a key role in the world of the flat TV? Nope, us neither. But that’s exactly what seems to be happening with 100Hz.


Originally 100Hz was developed to counter the flickering effect common with CRT TVs, using processing to double the usual 50Hz PAL image scanning rate. But now with flat TV – or, more specifically, LCD TV – it’s increasingly being used as a way to tackle motion blur, whereby objects smear and lose resolution as they move across the screen. The thinking (in oversimplified terms!) is that by doubling the number of frames that appear per second, you can put back in some of the resolution lost by LCD pixels struggling to react in time to changes in the image content. 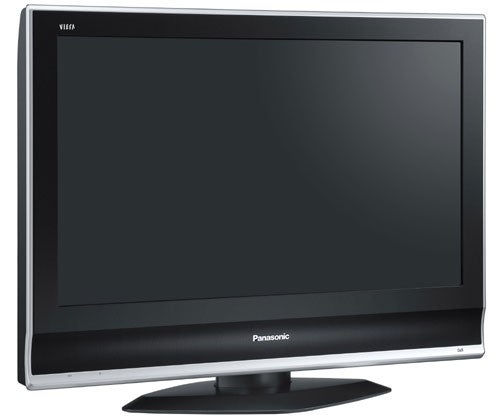 If you’re wondering by now what the hell happened to the review of Panasonic’s new 32in LCD TV you thought you were supposed to be reading, don’t worry. We haven’t lost the plot. It’s just that the 32LXD70 is Panasonic’s first attempt at a 100Hz LCD TV, so we thought we’d kick off by ‘setting the scene’, as it were.


The home for this 100Hz debut is a very attractive one, combining a solid-feeling black bezel with some subtly understated silver trim around the outer edge – a major aesthetic improvement over the rather cheap silvery look of Panasonic’s previous LCD range.


Connections are up to the demands of today’s HD world, too, including as they do two HDMIs, a component video input, and a PC input. The RF input connects to a digital tuner, too, which is supported by a Common Interface slot for adding pay TV services to the core Freeview channel package.

With a native resolution of 1,366 x 768 joining the aforementioned HD connectivity, the 32LXD70 is inevitably HD Ready. Rather more interesting among its quoted specifications is a claimed contrast ratio of 8,500:1, which is simply vast by LCD TV standards. Inevitably this isn’t a ‘pure’ contrast ratio, but one achieved by automatically reducing the backlight output when a dark scene is detected. But we’ve seen these systems working increasingly successfully in recent times, and Panasonic claims that with its latest IPS Alpha LCD panel design it can now get its backlight down to only 1/7th of the minimum brightness achievable on its previous LCD TVs.


The IPS Alpha panel we mentioned back there is also significant in that it apparently permits a wider viewing angle than any LCD panel design before it, as well as delivering significantly reduced response times and a wider colour palette compared with normal LCD panels. 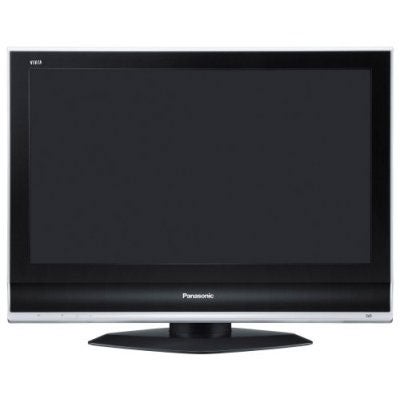 We should say, too, that the 100Hz processing is part of a much wider processing engine, dubbed V-Real 2. Other key elements of this system include: full 1080p processing, meaning that the TV will both take in 1080p sources and upscale lower resolution sources to 1080p; various ‘pre-emptive’ noise reduction tools that scan the image for potential trouble spots and deal with them before the picture is actually put on screen; and a colour management tool that apparently gives extra richness to reds and blues.


We’ve been impressed by Panasonic LCD TVs in the past – but the 32LXD70 definitely lifts things to another level. And yes, much of the extra quality on show appears to be down to the new 100Hz system.


Spinning rapidly around in one of the dark rooms on the Higher Ground level of the Xbox 360 Halo 3 Beta, for instance, produces far less of the smearing and resolution loss we’re used to seeing with LCD screens (though it doesn’t stop me getting blasted by pre-teen American freaks all the time…).

Similarly, as Tom Cruise charges about a Berlin factory trying to rescue his old trainee in Mission: Impossible III, his pumping limbs look surprisingly crisp. Even better, the processing Panasonic has used to achieve its 100Hz effect seems to throw up no significant nasty side effects – something that cannot be said of the 100Hz-esque attempts of one or two new rivals, as we’ll be detailing in upcoming reviews…


Some of the 32LXD70’s extra motion clarity could also be down to the IPS Alpha panel at its heart. Certainly the panel design is responsible for the fact that unlike the vast majority of its rivals, Panasonic’s 32LXD70 can be watched from almost any angle without losing great dollops of colour or contrast. 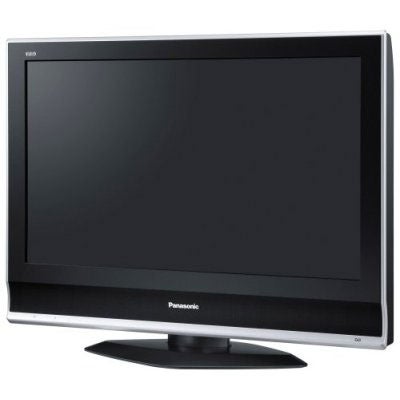 Talking of contrast, here too the 32LXD70 improves greatly over Panny’s previous LCD efforts. With the auto backlight adjustment system in play, dark movie scenes like those that make up so much of Alien are far less troubled by LCD’s traditional greyness than usual, while also retaining enough shadow detail to encourage you to keep scanning dark backgrounds for signs of the troublesome xenomorph.


Colours are outstanding, too. The lush island habitat of Test Drive Unlimited simply blazes off the screen, but the set is also equally at home showing the eminently more natural colour tones of, say, Cash in the Attic…


The extra clarity afforded to the picture by the 100Hz system is built on by the 32LXD70’s impressive talent with showing fine detail, as, for instance, every leaf seems visible in the trees around Bond’s mountain recuperation home on the Casino Royale Blu-ray disc.


You don’t have to be watching high definition to appreciate everything the 32LXD70 has to offer, though. For in fact the twin benefits of its 100Hz engine and 1080p processing also have a hugely beneficial effect on its standard definition performance, which is as crisp and clean as we’ve ever seen from an LCD TV.


In a perfect world, the 32LXD70’s black levels might be a touch deeper still, its auto backlight adjustment would be fractionally more subtle or quick-reacting, and its speakers would deliver a bit more frequency range, especially at the bass end.

But in the real world where we all live and, more importantly, shop, the simple facts of the matter are that the 32LXD70 is not only Panasonic’s finest LCD TV yet, but one of the finest yet to appear from anyone.