Way back in May we got to grips with Panasonic’s TX-32LXD60, finding it a mighty fine picture performer let down only by connectivity issues and some flimsy sound. So you’ll forgive us if we admit to a tingle of excitement at the arrival of Panny’s supposedly ‘cleverer brother’ to the 32LXD60, the 32LXD600.


It’s quickly apparent that the 32LXD600 isn’t just cleverer than the 60 model; it’s also better looking. The rather uninspiring, plasticky grey of the earlier model is here replaced by a much more pleasant matt black bezel, offset to great effect by an anything-but-plasticky silver strip along the bottom, and an elegant little tabletop stand.


The 32LXD600’s fascia also immediately reveals a key feature plus: the addition of an SD card slot. This slot isn’t just there for playing back digital photos from SD cards either; it can also record TV shows in MPEG4 for playing back later on, say, a portable video device. Neat. 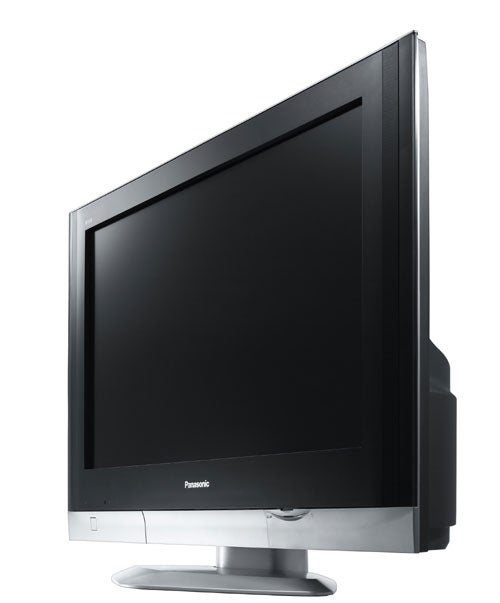 If we were being picky, we might say that it would have been more pro-social of Panasonic to follow the lead of, say, Philips and also provide support for card formats other than just SD. But given Panasonic’s vested interest in SD card technology, we guess that was probably never really likely to happen…


Another substantial step forward for the LXD600 over the LXD60 is the inclusion among its rear connections of a D-Sub jack for attaching a PC. The 32LXD60’s singular lack of any PC support was arguably the blackest mark against it, so it’s a relief to find that put right here.


Also improving connectivity is the provision of three Scarts where the 32LXD60 only had two. Elsewhere it’s a case of business as usual, as we discover two HDMIs, a component video input and a CAM slot for introducing subscription digital TV sources to what’s clearly a built-in Freeview tuner.

The HDMIs warrant closer attention, for they’re HDAVI compatible. Which is Panasonic’s fancy name for the fact that they permit enhanced communication with other Panasonic HDMI source equipment. So the TV could be used, say, to activate a few functions on a connected Panasonic DIGA DVD recorder.


Again, if we were to be churlish we might gripe that it would have been nice if this system worked too with gear from brands other than just Panasonic. But them’s the breaks, we guess. And at least Panasonic has delivered some level of HDMI intercommunication, which is more than can be said of any other brand we can think of.


Anyway, getting back to the matter in hand, the 32LXD600’s list of features beyond those already covered is just about long enough to satisfy. The set is HD Ready, of course, with a native resolution of 1,366 x 768 and compatibility with the 720p and 1080i (but not 1080p) HD formats joining the necessary HDMI and component connectivity. 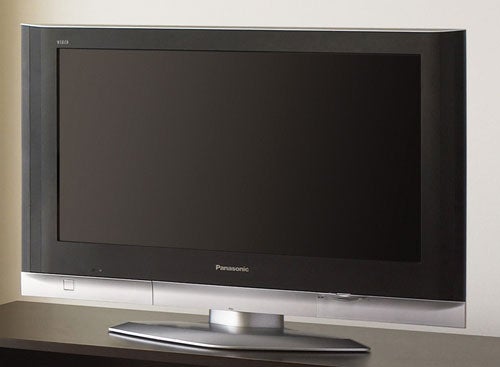 The digital tuner, meanwhile, is supported by an unusually well presented 7-day electronic programme guide, from which you can set recording events simply by selecting a desired programme from the listings.


Perhaps the set’s single biggest feature, though, given how well it worked on the 32LXD60, is its V-Real picture processing engine.


We won’t go into every element of V-Real in detail again as we did that in the 32LXD60 review, but essentially it incorporates: extra detailing for standard definition pictures; separate processing of the red, green and blue elements of each pixel for enhanced image definition; auto adjustment of the backlight brightness in response to the light levels of the picture content at any given time; an Active Contrast system that boosts the picture’s luminance output without negatively impacting black levels; and a new colour engine allegedly capable of delivering unprecedented greyscale and colour toning finesse.

One final feature of the 32LXD600 we must mention as it’s the last key distinction between it and the 32LXD60 is its audio system. The rather underpowered speakers of the 32LXD60 are here replaced by a new ‘Advanced Smart Sound Speaker System’, which uses separate twin passive radiator woofers to boost bass and reduce the lower-register burden on the main speakers.


Given that they use identical technology, it comes as precisely zero surprise to find the 32LXD600’s pictures every bit as excellent as those of the 32LXD60. Which means they particularly stand out from the 32in LCD crowd thanks to some mighty fine black levels. These impress on two levels. First, dark areas of the picture look genuinely black, rather than greyed over or blue in tone as is still fairly common with LCD. And second, dark areas possess plenty of the sort of subtle greyscaling that stops them looking empty and flat.


Colours are pretty much sensational too, again hitting the spot on two levels: their impressive richness and brightness, and the naturalism of their tones, even where skin tones are concerned.

The two strengths above make the 32LXD600 a particular friend of HD Xbox 360 games. But where the 32LXD600 really becomes special is in how adaptable it is to every other source, too. HD video feeds, for instance, look absolutely superb, as the colour and black level talents are joined by terrific sharpness and fine detail resolution – all accomplished with practically no video noise.


Perhaps most remarkable of all, though, is the way the 32LXD600 handles standard definition. DVDs and even ordinary digital tuner pictures all look absolutely excellent; sharp, free of motion blur, noiseless, and wonderfully natural in colour. Shaving a single mark off the picture score is some slight, occasional jerkiness during camera pans. But otherwise the 32LXD600’s pictures are pretty much spot on.


As, we’re happy to say, are its sonics. That ‘Smart’ speaker system completely transforms the 32LXD600’s audio from the thin, rather lifeless effort of the 32LXD60 into one of the most powerful, clear, bass-heavy and wide soundstages we’ve yet heard from a 32in TV.


The 32LXD600 really is a dazzling TV. It fixes pretty much all the shortcomings of the already very good 32LXD60, and does so for what in the circumstances is a surprisingly affordable price.


Panasonic already occupies the high ground in the plasma world. Now, with the 32LXD600, it’s taken up residence there in the LCD world too.