We might as well get right down to business and say that the 32AS600’s pictures are a real disappointment – if not a total surprise.

The main issue is a significant lack of contrast that leaves dark scenes looking very grey – so much so that as well as shadow detail getting crushed out, leaving dark corners looking hollow and empty, colours during dark scenes tend to look muted and flat. This means, too, that some subtle colours like skin tones can look a bit unnatural. 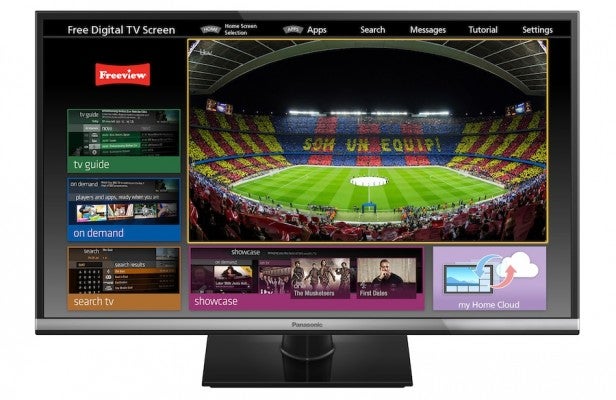 There’s another problem with the lack of black level response too, namely that it makes dark scenes feel out of kilter with bright ones. It’s common for Blu-rays to jump from a very bright, colourful scene to a very dark one, and whenever that happens on the 32AS600 it really jolts you as you go from the actually quite excellent depth, brightness and colour richness the TV manages with bright content to the underpowered, problematic dark scenes.

Since the 32AS600 doesn’t employ a local dimming system you don’t have to worry about the rectangular light ‘blocks’ around bright objects in dark scenes we’ve seen with some other IPS-based TVs this year. But at the same time, not having any local dimming just makes it impossible to get a convincing black colour out of the set, even if you reduce the backlight setting to way below its 50 per cent value. At which point, of course, the picture has started to look rather dull.

There’s one further problem with the TV’s handling of dark content too. Namely that when the image fades to black or is just so dark there’s barely any light in it, the screen momentarily turns its backlight off entirely before firing it back up again when some light content is detected. The problem with this is that the switching process is seriously distracting.

As with other contrast-challenged IPS LED TVs, this fundamental black level weakness is made all the more tragic by the way the 32AS600’s pictures are in other ways very handy. Detail levels with HD sources are good (though not quite outstanding), and during bright scenes colours look both rich and impressively natural, with believable tones and almost infinite blend subtlety.

Motion is also nicely handled for such an affordable small-screen TV. Judder is hardly an issue at all even with 24p Blu-rays (if you use the 1080p Direct setting, especially), and while there is a little resolution loss over moving objects it’s not severe enough to seriously distract.

The IPS panel delivers on its promise of wider effective viewing angles too, even if we’d argue that you’re only really talking about an extra 10-15 degrees each way rather than the claimed 178-degree viewing angle potential claimed by IPS manufacturers.

The 32AS600’s pictures also enjoy an engaging ‘polish’ in that they don’t suffer with any obvious noise problems. The set’s upscaling is strong enough, too, to mean that standard definition sources look clean and crisp. 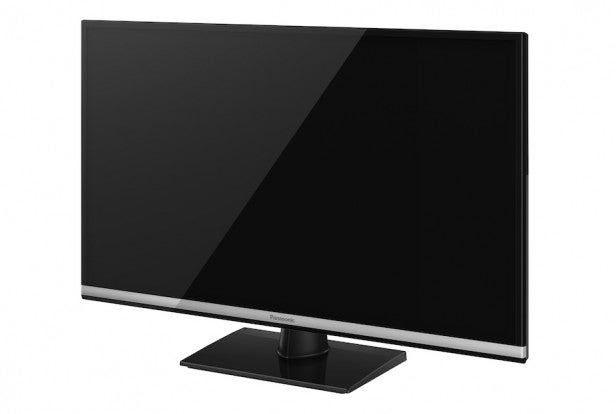 With bright scenes looking so good on the 32AS600 it’s only fair to stress that the black level problems we’ve mentioned do really only kick in with very dark content. Slightly dark stuff still holds up OK – unless there are black bars above and below the image, where the greyness is continually apparent.

It’s also true that you aren’t as aware of the black level shortcomings if you’re watching in a fairly bright room. Though there’s still a feeling that something’s not quite right.

Still, the bottom line is that there are 32-inch TVs out there that deliver much more convincing contrast ranges than the 32AS600. And we personally would take better black levels over a slightly wider viewing angle any day of the week.

Used as the main TV for the review period
Tested for more than a week
Tested using industry calibrated tools, discs and with real world use
Tested with broadcast content (HD/SD), video streams and demo discs
Previous
Panasonic TX-32AS600 Review Next
Sound and Conclusions Review