At just £300, the Panasonic 32AS500 is remarkably cheap for a 32-inch TV from Panasonic, showing how hard the brand is working to expand its LCD offering following the demise of its plasma division. It bolsters its potential value appeal more by offering Smart TV functionality and a sharp design. 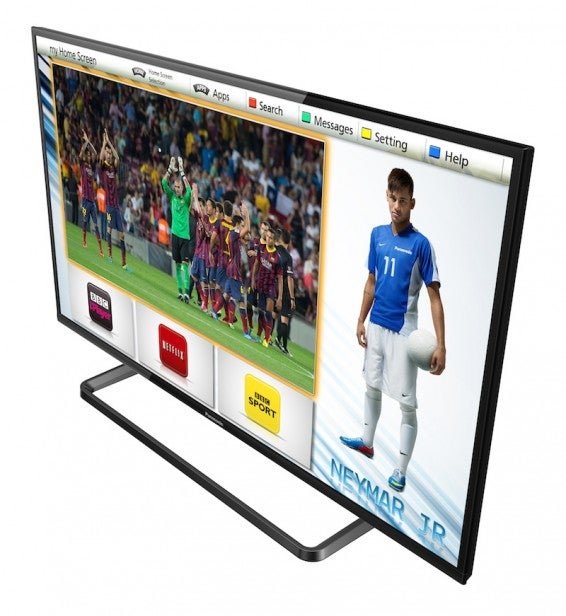 The rear panel is disappointing, though, on account of it only bearing two HDMIs rather than three and only one USB rather than two. The set does support network integration though, either by LAN port or Wi-Fi, and you can use this to either stream content from networked, DLNA-capable devices or explore Panasonic’s online content platform.

Finding smart features on a £300 32-inch TV from a big-name brand is good, especially when the interface for these features is as great as the 32AS500’s My Home Screen system. This provides a series of different themed content hubs out of the box, but also lets you and other family members set up other personalised hubs. This is easy to do and is well worth the effort, as you’re much more likely to engage regularly with the TV’s smart features once they’re organised to suit your personal priorities. 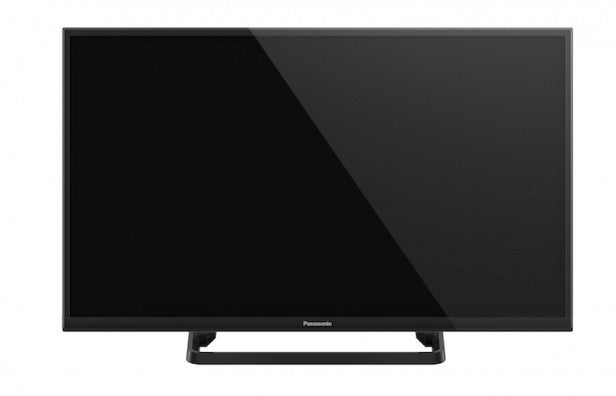 It’s important to stress, though, that the 32AS500’s smart features are built around 2013’s My Home Screen system, not the new one found in the AS600 series upwards. This means the 32AS500 doesn’t carry the Freetime catch up, TV Anywhere and MyStream smart features that so illuminate Panasonic’s 2014 smart TV offering. But then this is one of the reasons why the 32AS500 costs £300 vs the 32AS600’s £400.

Not having Freetime means you’re very restricted in terms of catch-up TV support on the 32AS500; there’s only the BBC iPlayer where terrestrial TV channels are concerned in fact, and there’s no Amazon streaming app to accompany the provided Netflix one. But as we indicated before, any sort of smart support for £300 is a bonus, really.

The 32AS500’s picture tech is built on an LED-lit LCD panel with, slightly disappointingly, an HD Ready 1366×768 resolution rather than a full HD 1920×1080 pixel count. We have seen HD Ready TVs deliver very sharp pictures, though, so we won’t get too caught up on this resolution point at this stage.

Inside the 32AS500 is a Freeview HD tuner allowing you to access the likes of BBC HD (not always a given at this price level) while motion reproduction should benefit from a 100Hz Backlight Blinking engine.

One thing you don’t get, though, is any 3D support. But then we’ve often said we don’t really think 3D has any place on a TV as small as 32 inches anyway, unless you’re some kind of die-hard 3D gaming nut. 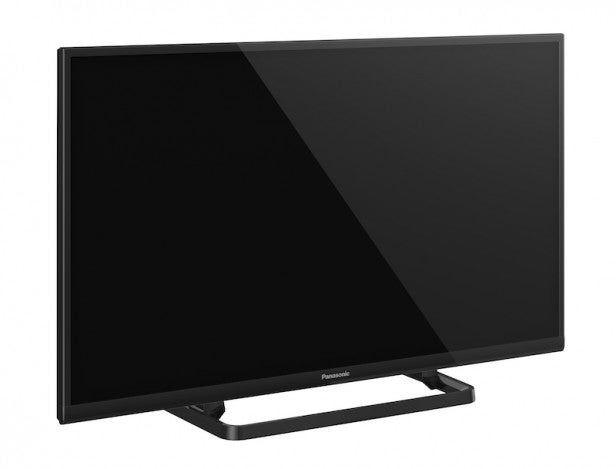 The 32AS500’s initial set up routines are good, with simple explanations and helpful graphics. There’s even an interactive spoken-word guide to getting the most from the My Home Screen interface that proves genuinely useful despite the narration appearing to come from Metal Mickey’s more monotone sister (apologies for the dated cultural reference, but it’s actually quite appropriate considering how dated such a narration sounds).

If you want to get the best from the 32AS500’s picture quality – which surely you do, right?! – there are plenty of use tools in its picture set up options worth exploring. If you really know what you’re doing there are white balance, colour management and gamma adjustments – impressive at the £300 price point.

Other highlights on a more basic level include standard and MPEG noise reduction systems, a simple on/off adaptive backlight control, and a series of picture presets.

We’d suggest keeping all the noise reduction systems turned off while watching HD, and that you keep the Adaptive Backlight system turned off all the time for reasons discussed in the picture performance section.

We’d also get the backlight down to around its 50% level – or even a bit less when watching films in darkened rooms – to try and improve the screen’s black level response.