The UT-MB5 is powered by a Core i5 processor, but it’s not new – it uses last year’s Ivy Bridge architecture rather than the latest Haswell silicon. That means it’s missing out on some improvements, especially regarding efficiency, but its specification is still reasonable: two Hyper-Threaded cores clocked to 1.9GHz with a Turbo peak of 2.9GHz, and with 4GB of RAM.

The Panasonic’s PC Mark 7 score of 4,740 compares well to the 3,758 scored by the Dell Venue 11 Pro, and it’s not far off the latest Microsoft Surface Pro, which scored 4,853 thanks to its Haswell processor. The Panasonic and the Surface both scored 5,039 in Geekbench. 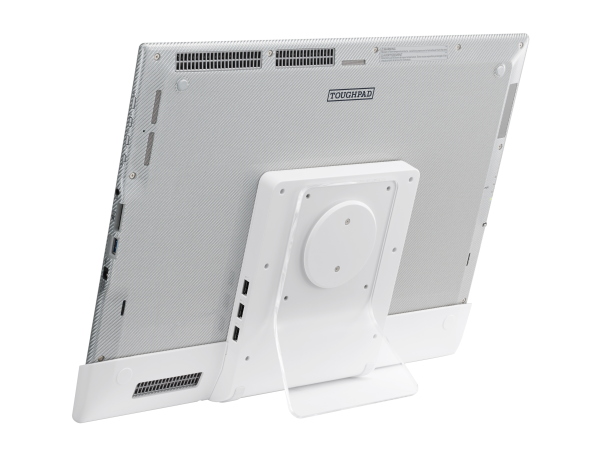 The Core i5 processor and discrete GPU meant we had no performance issues with this system, despite the high-resolution screen. Desktop mode loaded swiftly, even tougher apps ran well, and the Start screen and its software ran without complaint. 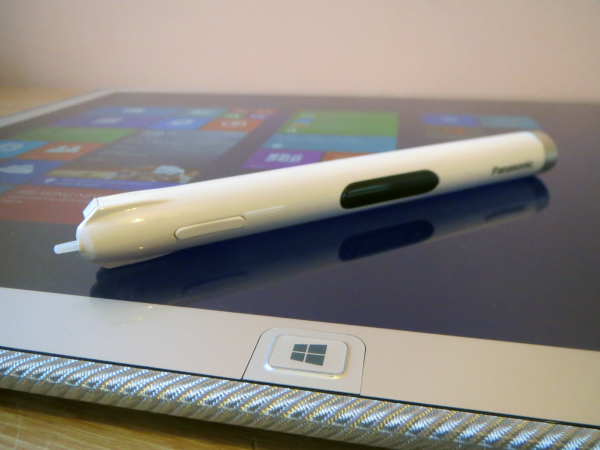 Loading times were good, thanks to the SSD: its sequential read and write scores of 481MB/s and 234MB/s are good, with the latter twice as fast as the SSD inside the Dell Venue.

All of this is bolstered by the inclusion of Panasonic’s touch-sensitive pen peripheral. It’s included with our model, and it works smoothly – sensitive to 2,048 different levels of pressure, consistently accurate in our tests, and intuitive when used with a screen of this size. Panasonic says the pen’s battery will list three and a half hours, and it charges over micro-USB. 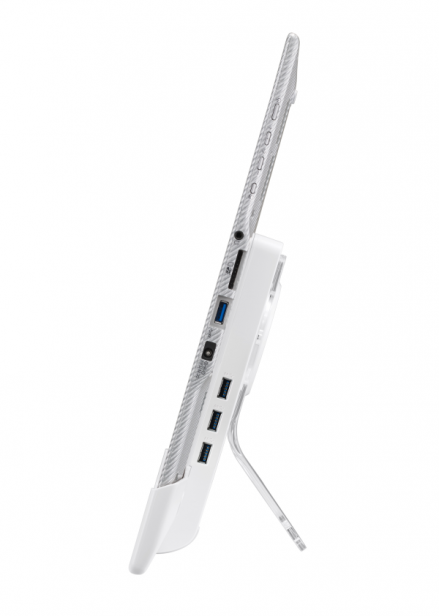 It’s clearly difficult to put a Core i5 processor and discrete graphics card into a chassis that’s just 12.5mm thick.

The processor and graphics card idled at reasonable temperatures, but stress-testing saw the fans immediately spin up. Eventually, the CPU and GPU hit peak temperatures of 82°C and 97°C, with the latter especially concerning – it’s not far short of where the chip will throttle or become unstable.

Much of the heat is pumped out of vents, but they’re not perfect: the middle of the back panel became uncomfortably hot during our tests. It’s not an area where you’ll be holding this machine, but it’s still a concern.

Those high temperatures were paired with a consistent high-pitched whine from the internal fans that only abated when we turned off those demanding applications – and, even then, the fan is still noticeable.

This is not a tablet designed to last long away from the mains. The battery is a middling 3,180mAh in size, the discrete GPU uses additional electricity, and the last-generation processor misses out on Haswell’s efficient architecture – and that’s without mentioning that huge, hungry screen.

In our standard PowerMark test, which has the screen at 40% brightness, the Toughpad lasted for a meagre two hours and 32 minutes. This compares to seven hours for the Surface and eleven for the Dell.

This just isn’t a tablet designed for long stints away from the plug, then, and that overall impression didn’t improve when we tried an emergency charge: the 21% of its battery that was recovered over a thirty-minute period is only good for just over thirty minutes of use.