Panasonic’s huge, niche UT-MB5 doesn’t exist in a vacuum. It’s sold with the touch pen that can be bought separately for £293, and that’s not the only available accessory.

The most impressive is the two-position, £334 desktop cradle that can be used to transform this system into an all-in-one desktop PC. As the name suggests, it can be used in a standard monitor mode or tilted for a narrower angle – something Panasonic calls “drafting mode” – and it adds much-needed connectivity, with three USB 3 ports, a Gigabit Ethernet socket and an HDMI output. 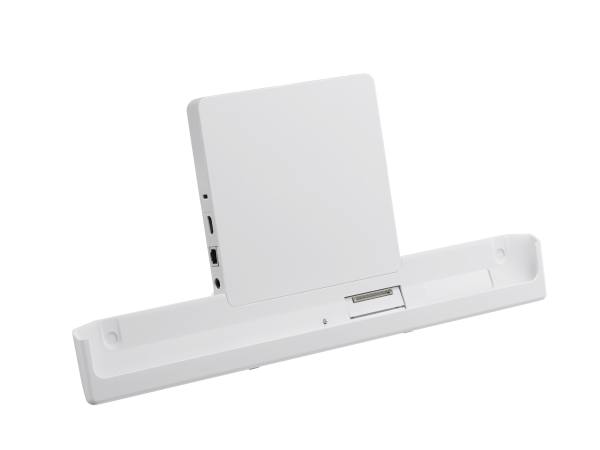 More mounting versatility comes from the £102 Cradle VESA mount, which can be used to secure this tablet to any VESA-compatible stand or arm.

The third key accessory is a carry bag. It’s got built-in shock absorption, and works similarly to many standard tablet cases, as it’s able to prop the Panasonic up into the same desktop and draft modes as the desktop cradle. It’s not cheap, though, at £324. 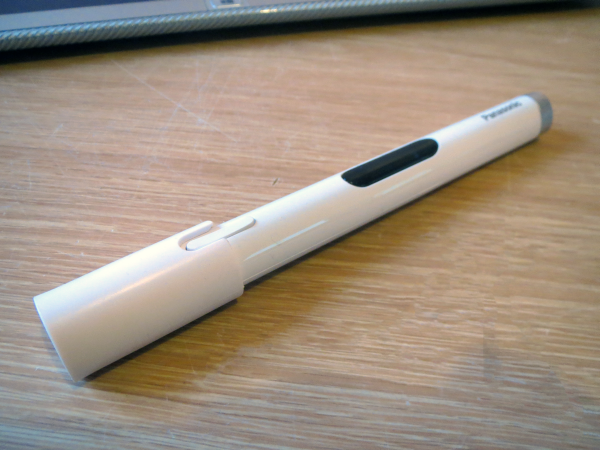 It’s also worth mentioning some of the UT-MB5’s business-friendly features. The processor has Intel vPro, TPM 1.2 is included, and there’s a Kensington lock slot. Passwords can be used to protect administrator settings and the hard disk. There’s also a three-year warranty as standard.

Software is thin on the ground. Panasonic includes a catch-all utility for calibrating the touchscreen and changing various power, brightness, text size, webcam and volume options, but there’s little new here – most of these settings can be changed easily in Windows. 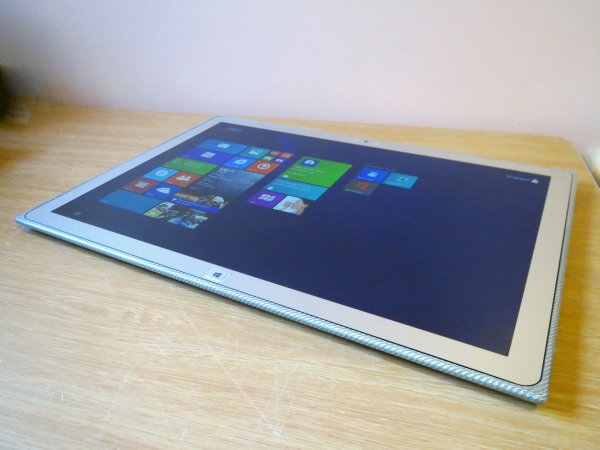 Should I Buy the Panasonic Toughpad UT-MB5?

Despite its impressive dimensions and decent power levels, the UT-MB5 is a niche product that will only appeal to particular types of businesses: Panasonic is aiming this product at designers, architects, photographers and salespeople, but we can’t see many outside of these circles being able to appreciate its talents.

Within those worlds, though, there’s a lot to like about the UT-MB5. The screen is stunning, with fantastic picture quality and a huge resolution that enables demanding work applications to be used without complaint, and the addition of the touch pen just makes things easier. It’s powerful enough to handle demanding software, and the ruggedised exterior adds protection in case this system is used in the field rather than the office.

There are inevitable limitations, including the poor battery life, lack of ports and the glossy screen. The price is the biggest hurdle, though. As impressive as this device is, its £4,365 price is a tough sell, especially when that money will buy some of the world’s best workstations and monitors. You’re really going to need portable power and a 4K screen to justify that price.

This tough, fast tablet will prove its worth in the right environment thanks to its stunning, high-resolution screen and the touch pen, but it has several big downsides, too. The price is the biggest barrier to entry, though – it’s a great tool, but we just can’t see many companies or freelancers being able to justify that sort of money.

Now, read about 2014’s best Android tablets or take a look at our laptop reviews