What is the Panasonic Toughpad UT-MB5?

Tablets are big business, but slates designed for the workplace haven’t done as well as consumer products. That won’t stop companies like Panasonic trying, though, and its Toughpad UT-MB5 is an unusual device that pulls out all the stops.

For starters, there’s the 20in, 4K screen, and if that ground-breaking component isn’t enough, there’s the ruggedised chassis and discrete Nvidia graphics. Panasonic has built this tablet for architects, photographers, designers and salespeople, and it clearly means business.

READ MORE: The Best Tablets from 2014 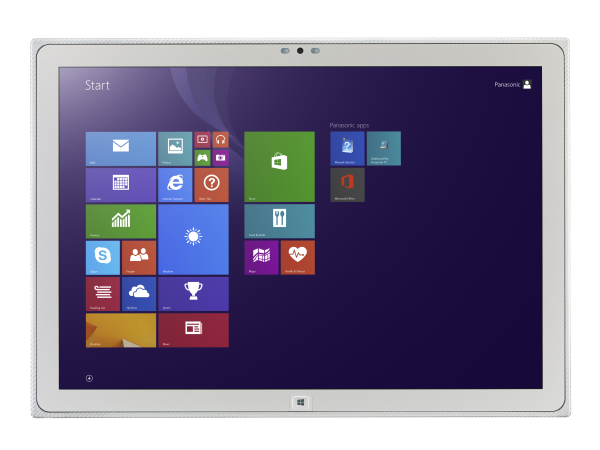 Let’s get the numbers out of the way first, as the UT-MB5 is a beast: it weighs 2.35kg, and it’s 475mm across. That makes it twice as bulky as some Ultrabooks and heavier than many serious work laptops, and many times larger than today’s top tablets: the fourth-generation iPad weighs 652g and is just 186mm wide, and the latest Nexus 7 tips the scales at just 299g.

Despite those dimensions, the UT-MB5 is no giant iPad. It has been given the Toughpad treatment, which means it’s ruggedised: it will continue to function after drops of up to 76cm on its back panel and 30cm on any of its angles, and it’s designed to operate in temperatures between 5°C and 35°C.

Hands-on time reveals just how sturdy this system is. The 20in screen has been sealed inside a metal shell that extends around the sides and across the rear of the machine, and there’s no give around the screen’s seal or any of those curved edges. There’s a little give in the back panel, but we’re not concerned – the flex stops a long way short of the screen. 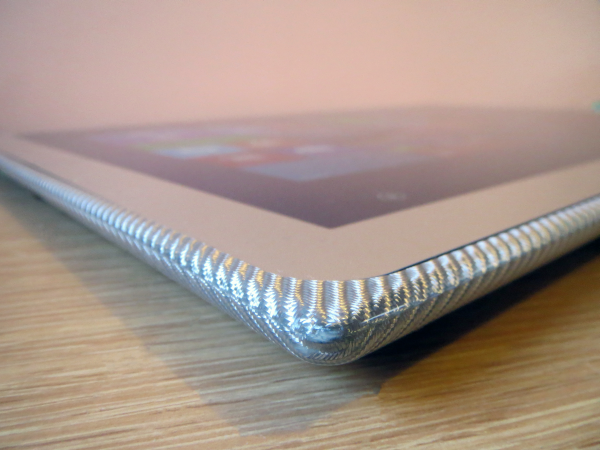 The Panasonic is stronger than most tablets, but it’s not as good-looking. The ruggedisation means the back panel is made from ridged metal covered with clear material, and the slanted rear sides are covered in vents and grilles. There are exposed screws, a port for a docking station, rubber feet and plenty of stickers.

The edges are littered with buttons, lights and ports too. The right-hand side has power, volume and screen orientation buttons alongside an SDXC card slot and a USB 3.0 port, and the opposite side serves up four status lights. We wish the Toughpad was more versatile: just one USB 3.0 port feels mean when the QM77 Express chipset supports four ports, and there are no display outputs.

There’s no room for Gigabit Ethernet either and internal connectivity isn’t without issues. The dual-band 802.11n chip is a dual-stream rather than a triple-stream card and, while Bluetooth 4.0 is included, there’s no mobile broadband.

This is a tablet for work, so we’re pleased that Panasonic hasn’t skimped on the screen. It’s a touch panel with a 4K resolution, which is 3,840 x 2,560 pixels, and it uses IPS LCD technology. All told, quality is exceptional.

Those who work with colour-sensitive software will be delighted by this screen’s accuracy. The average Delta E of 1.38 is stunning, and colours across the board were almost universally excellent – one shade of blue faltered with a poorer Delta E of 6.23, but that’s the only issue. The colour temperature of 6,441K is close enough to the ideal of 6,500K to make no practical difference. 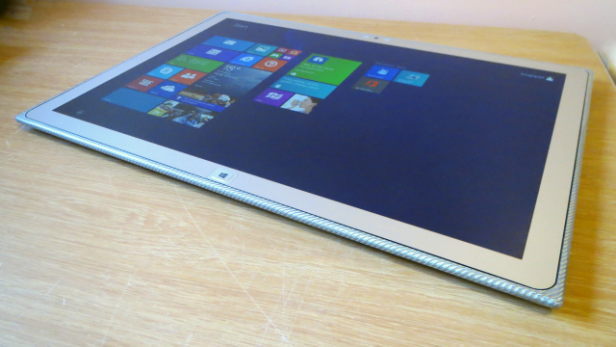 The top brightness of 277cd/m2 is good without searing the retinas, and the black level of 0.29cd/m2 is just as impressive. It means a 930:1 contrast ratio which, in turn, delivers a broad, vivid spectrum from top to bottom and good distinction between subtle light and dark shades. There’s no backlight bleed, either.

IPS technology means viewing angles are excellent, but we’re not too pleased with the glossy finish – we prefer matte on work systems.

The huge resolution is a boon for work – it’s easy to zoom in on detail in photos or spread numerous windows across the desktop – but it causes issues elsewhere. Most of Windows 8’s features have no problems with smoothly scaling to fit the resolution, but web browsers and third-party software are often hindered by pixelated lettering, low-quality images and other avoidable issues.

The Panasonic has loud speakers for a tablet, and they have good balance between bass, treble and high-end, but quality is consistently poor: bass sounds insipid, the mid-range lacks punch, and the high-end is tinny.