When it comes to mobile computing Panasonic has carved out a good niche for itself. The ToughBook range is pretty much the de facto standard when it comes to rugged mobile computers, and not without good reason. While other manufacturers have tried to make existing notebooks more rugged, Panasonic took the opposite approach and created rugged machines from the ground up. As such it has put Panasonic in a great position when it comes to creating mobile computers for specific markets, mixing its penchant for rugged build and flexible bespoke configurations to produce products the meet their customers’ requirements exactly.


Last year Panasonic was one of the first manufacturers to show off Intel’s Atom platform in its ToughBook CF-U1 UMPC. This proved to be a great device for anyone who needed a fully rugged device, but didn’t want the bulk of a full size notebook. Now Panasonic has worked with Intel again to produce the ToughBook CF-H1 Mobile Clinical Assistant. And with Intel pushing its Digital Health initiative hard, it must be pretty happy with what Panasonic has brought to the market.


At its most basic level the ToughBoook CF-H1 is a digital tool for use in a medical environment and can be used for anything from reading patient notes, to accessing medical databases. However, in the true ToughBook tradition, this device has quite a few tricks up its sleeve. 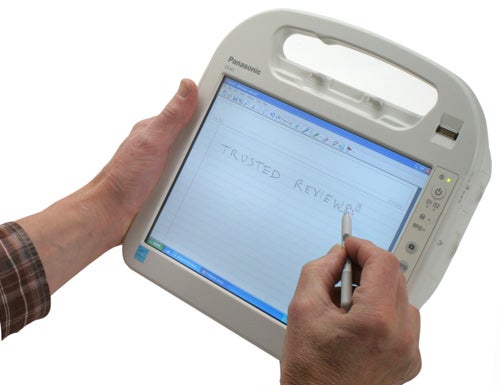 First and foremost the CF-H1 is a fully rugged device, which means that it will withstand drops from almost a metre high (90cm to be exact). That means that even the most clumsy doctors or nurses won’t have to worry about dropping the device, or having it fall off a patient’s bed or table. It’s also waterproof, which is nothing short of essential in the medical environment.


The waterproof nature also means that the device can be regularly wiped down with alcohol swabs to reduce the chances of carrying germs from one patient to another. The fanless hardware design also cuts down on the chance of airborne germs being transported by the CF-H1, since there are no vents sucking air into the chassis. The touch screen design means that there’s no keyboard to get dirty and germ ridden, while the chassis is completely sealed, with the power socket and battery compartments hidden behind locking doors. 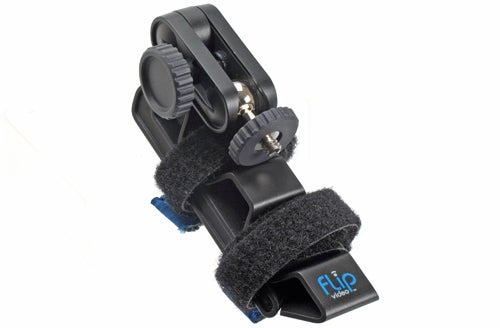 It’s the 10.4in screen that dominates the CF-H1 – with standard 4:3 aspect ratio and a resolution of 1,024 x 768. Of course this is a touch screen panel, but it can also be used with a digitiser pen, which ships in the box. The screen itself is very easy to read, even in bright fluorescent lighting, which is a good thing since that’s the kind of environment where it will be used. Of course the built-in soft keyboard in Windows is as bad as ever, but in reality this device is likely to be loaded with bespoke applications and the end user probably won’t have to go near the desktop.

Considering that the CF-H1 is designed to be used to access confidential data like patient records, Panasonic has equipped it with an impressive array of security options. There’s a fingerprint scanner, which is hardly unusual these days, but considering that many healthcare professionals will wear gloves as a matter of course, its usefulness could be limited. Far more useful is the smartcard reader, but unlike most smartcard readers I’ve seen in mobile computers, this one doesn’t require the card to be inserted into a slot – oh no, that’s far too old fashioned for the CF-H1. There’s actually a wireless smartcard reader in the CF-H1, so you just need to wave your card over the sensor mounted in the base of the device.

But the wireless smartcard reader isn’t even the coolest security option on offer, because the CF-H1 also has an RFID scanner built into it. In case you’re not familiar with RFID, it’s a short range, wireless identification technology – hence Radio Frequency IDentification. The idea is that an RFID reader will scan RFID tags and read the data on them, and decide whether that user is allowed access. There are two types of RFID tags – active and passive. Active tags need a power source, while passive tags have no power and rely on the RFID reader to do all the work. Passive RFID tags can be integrated into ID cards, or even badges, so a doctor or nurse could have the functionality built into their name-tag, and then when they pickup the CF-H1 and press the RFID button, their tag will be read and they will be granted access to the device. Clever!


To the right of the screen you’ll find a column of buttons and indicators. The topmost button is for power and directly below this are two battery indicator lights, because like the ToughBook CF-U1, the CF-H1 can house two battery packs. This means that when one battery runs out, the machine will automatically switch to the second battery. Not only does this configuration extend battery life (you’ll get six hours continuous running time from both batteries), but it also allows you to hot-swap battery packs, so you never have to shut the CF-H1 down due to a lack of juice. Both batteries are charged when the CF-H1 is connected to the mains, while the optional docking cradle has space to charge two more batteries as well as the machine itself. 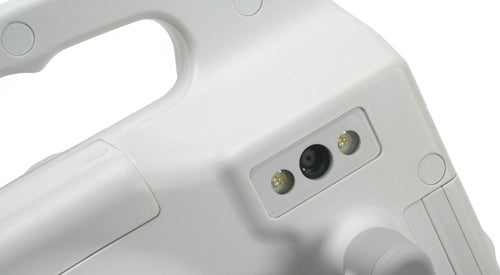 The next button down the column is for the integrated 2-megapixel camera – this is mounted at the top left corner (if facing the screen) at the rear of the CF-H1. The camera is equipped with dual LED lights, so shooting in low light is possible. The results from the camera aren’t likely to make it into your photo album, but that’s not really the point. What you get is an image that’s perfectly adequate for its purpose, which will generally be photographic records to go with patient notes.


Next is the RFID button which I’ve already covered, and below this is a yellow button with a barcode on it. Unsurprisingly the barcode symbol refers to the integrated barcode scanner that’s mounted in the base of the CF-H1. This will enable users to scan the medicine that is being prescribed to patients, and have that data instantly added to that patient’s notes. You also get two user programmable buttons, a lock button and indicators for hard disk use, and when the RFID scanner is active.

Panasonic has made the CF-H1 very easy to use by designing a hand strap at the rear. This allows the user to hold the device like a clipboard in one hand while operating it in the other – in fact I’d say that it’s easier to hold than a clipboard. There’s also a moulded carrying handle at the top, making it easy to transport the device from one room/ward/area to another throughout the day. A nice touch is that there are activation buttons for both the RFID sensor and barcode scanner mounted on the carry handle. The latter is particularly useful as it allows you to activate the barcode scanner and easily aim it at the thing you want to scan. 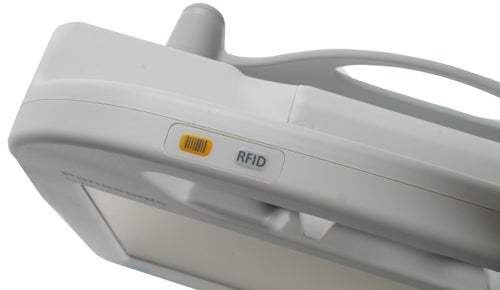 Panasonic has managed to ensure the CF-H1’s fanless design by going for a low power platform, in the shape of Intel’s ever pervasive Atom. However, unlike pretty much every other Atom based machine we’ve seen here at TR, the CF-H1 boasts a 1.86GHz version, which should make it that bit more snappy than most of the netbooks we’ve reviewed. The Atom CPU is backed up by 1GB of RAM, which seems somewhat meagre by today’s standards, but as long as you choose Windows XP instead of Vista, that shouldn’t be a problem.


Considering that the CF-H1 is designed to be extremely rugged, you may be surprised to hear that Panasonic has equipped it with an 80GB hard disk as opposed to an SSD. But since the company has spent years developing protective caddies for hard drives, you shouldn’t have to worry about this one giving up the ghost after a few knocks. 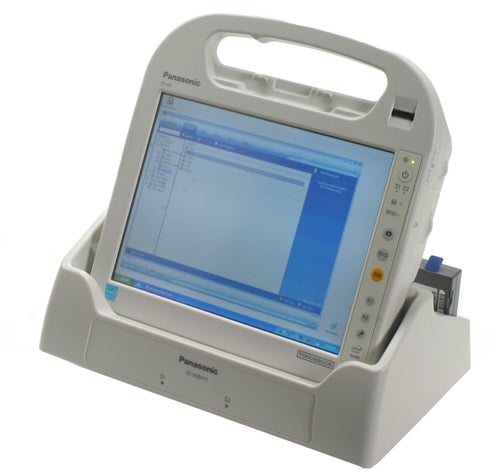 Wireless networking comes courtesy of an Intel WiFi Link 5100 adapter, which provides 802.11a, b, g and draft-n compatibility. The full complement of Wi-Fi standards should mean that the CF-H1 can get connected no matter how old the infrastructure might be at a hospital. There’s also Bluetooth 2.0+EDR thrown in for good measure. You can also specify an integrated 7.2mbps HSDPA adapter, or even a GPS receiver.

As already mentioned, the optional docking cradle will charge both the batteries inside the CF-H1, while also charging two spare batteries at the same time. The docking cradle also adds three USB ports – ideal for hooking up a local printer or a keyboard – an Ethernet port, a D-SUB port for connecting to an external monitor and a serial port for any legacy hardware that might need connecting. The clever thing about the docking station is that you could have several spread around a hospital that can be used as and when needed. 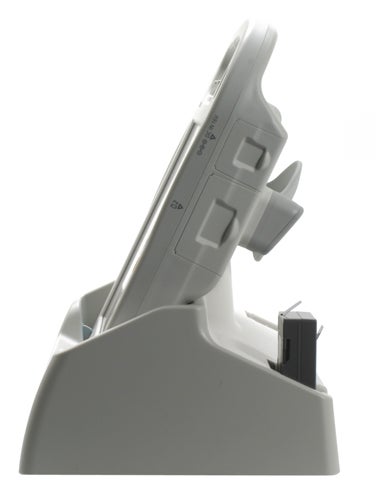 As with all ToughBooks, there’s no set spec as such, and Panasonic’s target customers are likely to want to customise their devices to suit their own needs. The spec that I have in front of me right now will set you back £1,649 excluding VAT, which doesn’t seem too bad considering the design and durability of the CF-H1. And as with Panasonic’s other ToughBooks, you either need a device like this or you don’t.


There has been a lot of talk about bespoke IT hardware for the medical market, but very little in the way real products have arrived. Therefore the CF-H1 is a significant product that combines Panasonic’s legendary ToughBook build quality, and Intel’s Digital Health vision. 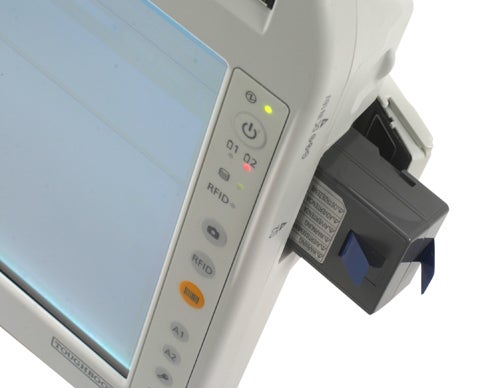 
The medical industry relies on technology to store so much data today, so being able to access that data easily and quickly while at a patient’s bedside is quite a compelling proposition. Not only does the CF-H1 provide this kind of flexibility, but it wraps it all up in a lightweight (1.5kg), easy to use and very resilient package. Will the ToughBook CF-H1 revolutionise the medical profession? Probably not, but it will certainly make the lives of medical professionals easier.