They say that money can’t buy you happiness. But having just spent a few days with Panasonic’s TH-85VX200, it’s clear that money sure can buy you one hell of a home cinema experience.


The 85VX200 is a plasma TV sporting a mind-blowing 85in screen and all of Panasonic’s latest picture technology – including, rather excitingly, active 3D playback. And it costs £42,000. Er, oh. 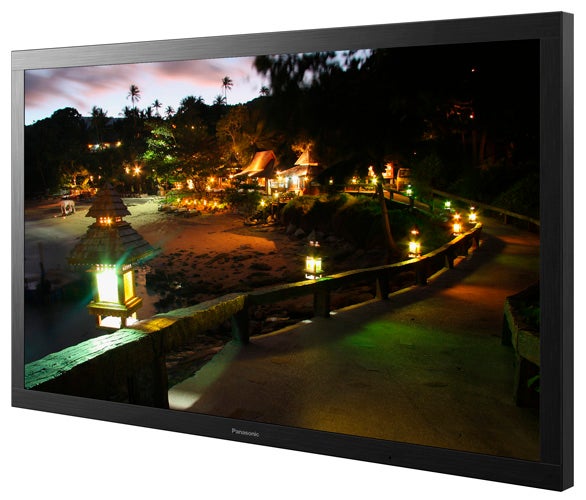 But frankly, with the screen already set up (by a professional two-man installation team, with zero input from us. Booyah!), the small matter of finding 42 grand couldn’t be further from our minds. We just want to find out what this genuine AV monster is capable of.


After all, we’ve already reached the broad conclusion that 3D’s effectiveness is directly proportional to the size of the screen you’re watching it on. So clearly the potential for watching 3D on an 85in screen is mouthwatering – even if you’re not naturally inclined to give a monkeys about the whole current 3D hoohah.


It’s not just the sheer size of the 85VX200 that’s got our AV spine tingling, either. For we’ve seen enough 3D LCD and plasma TVs to know that for now, at least, plasma tends to offer a superior 3D performance, thanks to its much faster response time keeping a firm lid on the 3D ghosting phenomenon known as crosstalk. Actually, the 85VX200 goes even further to tackle crosstalk than Panasonic’s outstanding VT20 ‘mainstream’ 3D plasma series. For it’s equipped with two potentially crucial innovations: an ultra-high speed plasma cell drive system, and 3D motion vector prediction. 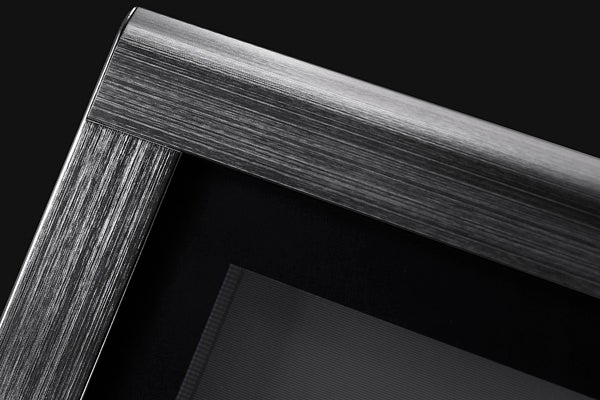 The first of these features is pretty self-explanatory, and produces a claimed 75 per cent improvement in the 85VX200’s response time. The 3D motion vector analyses motion from front to back and back to front in a 3D frame, as well as motion across the frame, in a bid to ‘get ahead’ of the action and thus reduce crosstalk further.


The 85VX200 also steals a march on its more mainstream siblings by carrying 30-bit colour processing – a boost in power that could deliver subtler colour blends and enhance the part colour gradations play in creating a convincing 3D effect.


And there’s more. For the fact that Panasonic sells the 85VX200 via its ‘pro’ line of products, aimed more at commercial buyers than domestic consumers, means the 85VX200 doesn’t have to work within the same ultra-tight power consumption limitations that bind the brand’s normal consumer TV models. So it has the potential to run much more brightly when viewing 3D – a key point when you consider how much active shutter 3D glasses tend to reduce the picture’s brightness.


We guess people with a particularly green turn of mind might not be impressed by this. Especially as the 85VX200 actually carries electricity-burning cooling fans that kick in when the screen is driven hard to get the best 3D results. But given our love of pure picture quality, we guess we’ll have to try and offset our carbon footprint in other ways!

The 85VX200’s ‘pro’ nature finds it equipped with an extremely extensive suite of picture calibration aids alongside the extra screen technologies we’ve already discussed. Since your 85VX200 will be professionally installed, though, there doesn’t seem much point launching into a detailed examination of these tools here, other than to say that full colour, gamma and white balance calibration is possible, and that the screen is endorsed by third-party picture gurus, the Imaging Science Foundation (ISF). 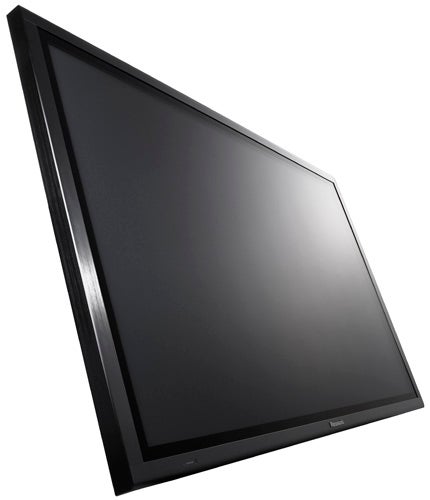 The 85VX200‘s professional grading isn’t all good news for the consumer market, though. For as well as that astronomical price, you have to also accept that the 85VX200 doesn’t have any built in TV tuners, and is also pretty limited in terms of its multimedia capabilities. There’s no USB playback support, nor any way of connecting to Panasonic’s online Viera Cast platform. But then, of course, there seems a pretty high chance that anyone able to spend £42,000 on a TV will be able to get around all these issues with other gear in a wider home cinema set up.


Donning the (tragically only) set of 3D glasses Panasonic ships with the 85VX200 and settling down to watch the screen strut its stuff with the 3D Blu-ray of ”Avatar” has to rank as one of the highlights of our kit-reviewing lives to date. Strong words, we know, but with drool still dribbling off our chins, we stand by them! 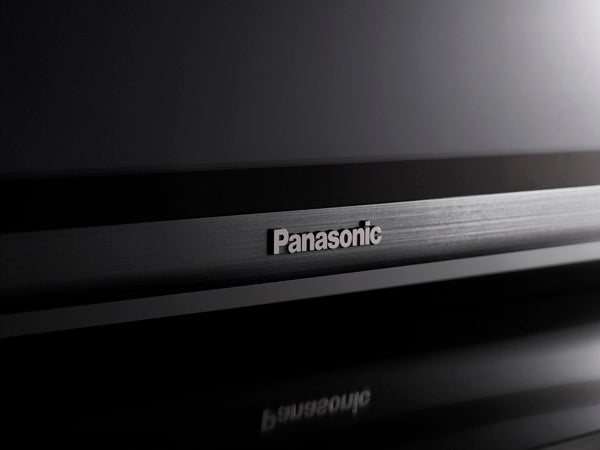 The simple fact is that the 85VX200 creates the most convincing and immersive 3D experience we’ve seen outside of a commercial cinema. Obviously its sheer size has a big – literally – role to play in ensuring that you’re totally absorbed in Cameron’s immensely detailed fictional world. The vast screen acreage fills your field of vision, and the action it’s showing often looks pretty much life-sized – both important elements in building a connection with what you’re viewing.


Then there’s the almost total absence of crosstalk noise to consider. Crosstalk’s ghosting artefacts have proven the single biggest barrier to our full acceptance of active 3D technology to date, so not having our eyes strained and our brains distracted by crosstalk is a massive relief – especially given how disruptive crosstalk would certainly be if it was occurring regularly on a screen as big as 85in.


Not having to squint through crosstalk allows us to appreciate, too, the true HD sharpness and detail that’s basically supposed to be the whole point of going the active (rather than passive) 3D route.

The bottom line is that the 85VX200’s 3D talents are surely good enough to make believers out of even the most die-hard 3D haters. Or at least, they would be were it not for two irritating issues.


The first is Panasonic’s 3D glasses, which are, frankly, horrible. Their lenses are simply too narrow, meaning that pretty much anyone wearing them will either have to incline their head permanently to align the glasses properly with the screen, or else perch the glasses right at the end of their nose. As well as being uncomfortable, the latter option means you get lots of ambient light sneaking in between your eyes and the images received through the shuttering lenses.


The second problem, naturally, is the 85VX200’s terrifying price tag. For obviously it leaves the door open for people to say ‘so 3D can only look truly brilliant if you spend £42,000 on it, then?’… 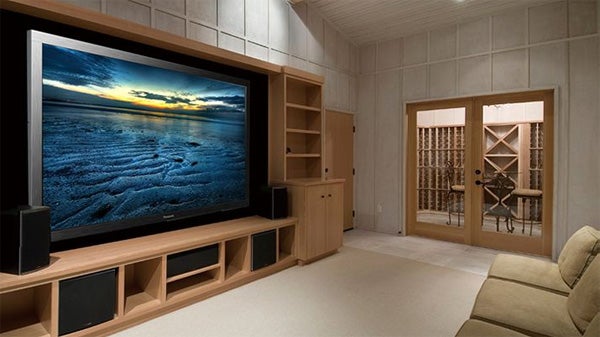 Not surprisingly given its screen technology and Panasonic plasma heritage, the 85VX200 is also pretty wondrous with 2D material. Its contrast, in particular, is out of this world, as deep, rich, detailed blacks reside right alongside extremely bright – if marginally yellow-tinged – peak whites.


The screen’s colour performance is outstanding too, combining the most potent saturations yet seen from a Panasonic plasma TV with some extraordinarily precise blends and wonderfully subtle detailing.


HD 2D images are outstandingly detailed and sharp, with the exceptional contrast seemingly enhancing the sense of definition versus Panasonic’s consumer TVs. Motion looks slightly more natural on the 85VX200 too – and that’s without needing to use Panasonic’s Intelligent Frame Creation (IFC) system to reduce judder. Though to be fair, on its lowest setting at least, IFC delivers more watchable and natural results than many rival motion processing systems.


Even standard definition pictures are surprisingly watchable, given that the 85VX200‘s 85in screen would leave any rescaling errors with absolutely nowhere to hide. There’s a slightly soft look to standard def proceedings, for sure, but this is vastly preferable to a picture that looks sharp but distractingly noisy.


Shorn of the usual price-based limitations associated with making plasma TVs for the mass consumer marketplace, Panasonic has produced a true AV masterpiece in the 85VX200. Clearly its crazy price means that precious few people will be able to seriously think about buying one, and will turn to the much cheaper big-screen route of a front projection system instead.


But if you ”can” afford to punt 42 grand on a home cinema screen and don’t want or can’t accommodate the room set up issues associated with projector systems, then at least you can console your bank account with the thought that the hefty hole that’s suddenly appeared in it has bought a screen that truly sets new standards.