Only a couple of weeks ago I looked at and pretty much fell for a 65in Panasonic TV, the TH-65PZ800, that costs just £3,750 or so. So you can imagine the puzzled look on my face as I peruse the information I’ve gathered together on the 65in TH-65VX100E and note a likely price of £8,000. Yes, that’s £8,000. Thinking this must be some sort of mistake, I contacted Panasonic’s press people. But no, the price is, as they say, right.


Needless to say this raises an immediate and pressing question: just how in the name of all that’s holy can Panasonic expect anyone to cough up eight grand for the same size of screen that it only asked us to cough up less than four grand for two weeks ago?! Someone must have been to one to many early Christmas parties, methinks.


My incredulity over the 65VX100E merely grows as it initially appears that it’s less well specified than its much cheaper sibling. For it sports neither a built-in tuner nor any built-in speakers. In other words, it’s a mere screen rather than a fully fledged TV. Hmm. 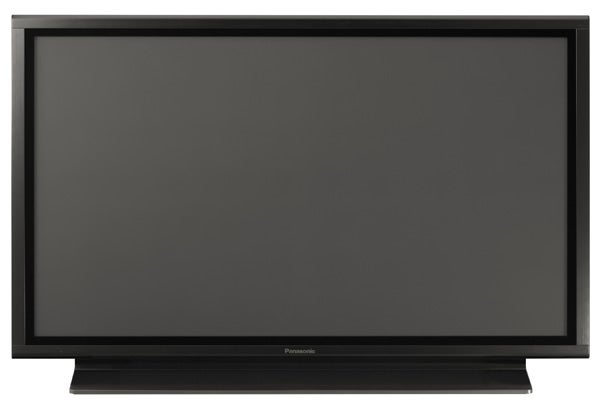 Curious though this fact first appears, however, it in fact provides the first clue as to what’s going on with the 65VX100E. For the lack of any tuner or speakers indicates that it’s designed from the ground up to be some sort of ‘professional’ product, or at least a product likely to be sold through specialist dealers working in the custom installation world. Naturally the sort of end user targeted through such distribution channels is more likely to be able to swallow a high price or two than your average Currys buyer. But this still doesn’t fully explain the sky-high price.


So I delved a bit deeper into what makes the 65VX100E tick – and quickly came up with some pretty striking stuff. For starters, its connectivity is unusually flexible, with you able to choose from a series of connection ‘modules’ that can be slotted into special bays integrated into the screen. Naturally these modules include HDMI and component video inputs.


Next there’s its native – yes, native – contrast ratio claim of 60,000:1. This is a hugely impressive figure, roughly double that achieved by the 65PZ800 – a screen that itself produced generally excellent contrast and black levels.


Making this possible is the inclusion on the 65VX100E of a new Dynamic Black Layer innovation. Developed by researchers in Panasonic’s Professional rather than consumer division, and sounding broadly similar in principle to Pioneer’s Crystal Emissive Layer technology, this critical new layer sits at the font of the 65VX100E’s plasma panel and cuts the amount of pre-discharge in each plasma cell to around one-sixth the conventional level. The result, as the 60,000:1 contrast ratio implies, should be greatly enhanced black level response, thanks to less ‘accidental’ luminance creeping into pixels that should be dark.

Another high-end innovation that helps explain the £8k price is a newly developed phosphor material process technology, which joins forces with a new optical filter system to produce a much wider colour gamut than usual. So much so, in fact, that the 65VX1000E’s colour range is claimed to be pretty much as extensive as that found in the professional digital cinema world.


Another intriguing, humble and yet sensible touch for a screen aimed at as high an end of the market as the 65VX100E is the option to turn off its internal video processing. This enables you to enjoy, more purely, the benefits of an external video processor such as, say, the DVDO iScan VP50Pro we reviewed a few weeks back. 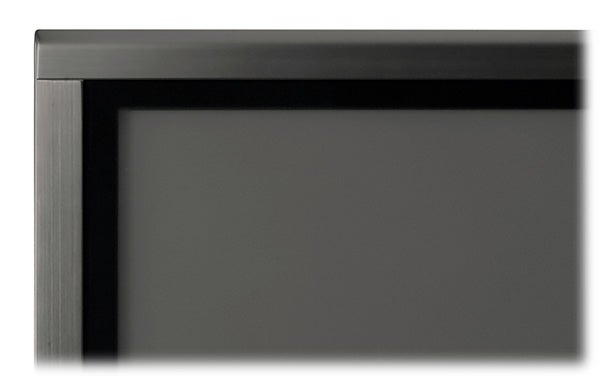 
So far, the 65VX100E has done enough to at least start to turn me around on its price. But it’s still definitely time for the fine specification talk to end and the business of wowing me with its pictures to begin.


At which point I might as well lay my cards straight on the table and say that I am writing this review from a position of already being officially wowed. With knobs on. And that’s saying something considering that I’m looking at it immediately after also suffering wowage at the hands of JVC’s sensational DLA-HD350 projector a couple of days ago. 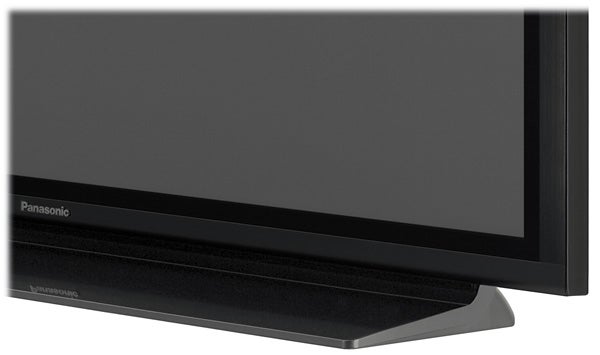 Seriously, there’s simply nothing about the picture quality produced from the 65VX100E that’s anything less than stunning – and in some areas, it’s truly groundbreaking.


This latter description certainly applies to the TV’s colour response. For I really have not seen a more realistic colour palette on a TV before. The subtlety with which the 65VX100E portrays even the finest of colour blends is unprecedented, for instance, having a particularly profound impact on skin tones so that they look so real you feel you could reach out and stroke them – were you so inclined…


Also nothing short of mesmerising is the exquisite amount of fine detail in the picture. Inevitably for its money the 65VX100E is a Full HD screen, so I’d kind of expected its 65in size to reveal every last detail in any HD picture I cared to throw at it. But I wasn’t prepared for how completely free of video noise its pictures were, a fact which takes the impression of clarity to a level I’ve honestly not experienced before on a flat TV.


This huge TV really, really loves the smaller things in AV life, and it’s this more than any other single factor which makes it stand out from the mainstream hordes.

It’s actually quite hard to put into words just how profound an impact the 65VX100E’s combination of colour subtlety and total clarity has on pictures you’ve seen a million times before. A great example are the shots in the bank during the 6-minute preview of ”The Dark Knight” that’s on the ”Batman Begins” Blu-ray. To some extent I felt like I was seeing this much-used clip for the first time, so astounding was the sense of solidity, precision, depth and total naturalism I experienced while watching it on this screen.


All this and I haven’t yet mentioned the 65VX100E’s black levels. These are profound in depth, completely natural in tone, produced with remarkably little of the subtle dotting noise that usually afflicts plasma technology, and yet also manage to produce seemingly infinite degrees of shadow detailing. In fact, so impressive are the 65VX100E’s black levels that they deserve to at least be mentioned in the same breath as those of Pioneer’s legendary KURO screens. And you can’t say fairer than that. 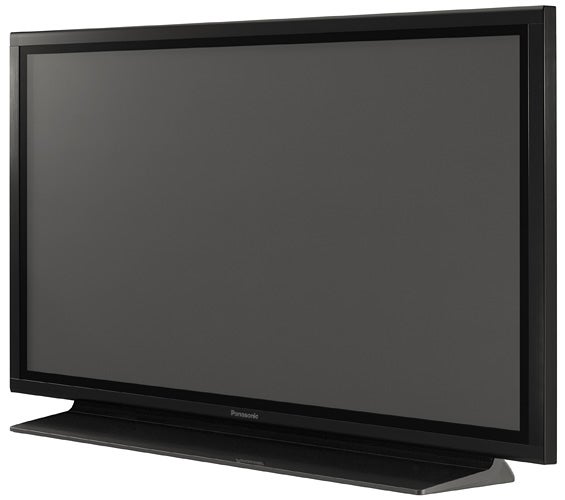 Yet another ace up the 65VX100E’s sleeve is its exceptional brightness. The image seems clearly more dynamic than that of the 65PZ800 – or any other plasma screen in the 60in plus image bracket, come to that.


It occurs to me at this point that however much I might be loving the 65VX100E’s HD performance, I really ought to drag my eyes away from HD for a while to see how the screen handles standard definition. And guess what? Almost boringly, it handles standard def just fine, thank you very much. In fact, the lack of noise and the amount of colour accuracy and sharpness in its presentation of standard def sources is hugely impressive for such a vast screen.


Wrapping up what really does seem to me to be a flawless video performance, meanwhile, is the almost complete suppression of those still-common plasma problems of dotting noise over horizontal motion, and colour striping. Hell, even that old plasma ‘horror’ of image retention seems to be a thing of the past (within reason), despite the screen’s impressive brightness.


Having spent my second review in a row splurging out a breathless stream of excited positivity, I’m kind of feeling like I ought to have found something nasty to say about the 65VX100E. So here goes: in case you somehow hadn’t noticed, it costs £8,000. And so precious few of us poor normal saps will ever be able to do more than dream about owning one. And that hurts. But other than that, I couldn’t think of anything negative to say about the 65VX100E even if I tried. And frankly I don’t even want to try.