A few weeks ago we checked out and pretty much fell for Panasonic’s 37in TH-37PX70: the only 37in plasma TV you can currently get in the UK. In fact, there was really only one thing we could fault that set on: it just wasn’t big enough! So naturally we couldn’t resist hunting down the biggest model currently available from the PX70 range: the 50in TH-50PX70. Can Panasonic’s picture quality hold up when pushed to such a prodigious size?


Panasonic’s return to a glossy black finish rather than last year’s rather uninspiring grey plastic works superbly for the 50PX70’s aesthetics. A 50in TV is never exactly going to blend invisibly into your living room, but the 50PX70’s design is a good combination of subtle and stylish that’s more likely to enhance your décor than ruin it. You should note, too, that the TV can be had in three configurations: with a wall mount, with a pedestal stand, and with a cabinet stand (the latter of which adds the best part of £300 to the asking price). We’ve included pics of all the options over the pages of this review. 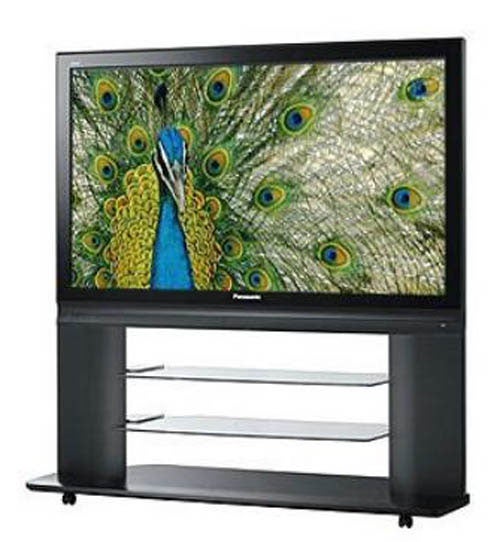 Dragging ourselves away from the glamorous fascia, the ‘business end’ containing all the connections turns out to be reasonably easy on the eye too. Two HDMIs get the ball rolling, aided and abetted by component video inputs, a PC jack, and a couple of Scarts. Unusually you get neither a four-pin S-Video nor an RCA composite video input. But then anyone (other than, perhaps, a camcorder enthusiast) thinking of feeding pictures to a TV this large and HD-focussed using such low quality connections as S-Video and composite video frankly needs their head examining anyway.


Aside, perhaps, from the fact that its resolution is 1,366 x 768 rather than full HD, the 50PX70’s specifications make impressive reading. For starters, the contrast ratio claim of 10,000:1 promises some cracking black levels, especially as Panasonic tends to be, in our opinion, rather more conservative with its contrast ratio figures than some rivals.

Then there’s the inclusion of Panasonic’s very latest – and from what we’ve seen on the 37PX70, greatest – image processing system, Vreal 2.


One of the most intriguing elements of this system is its ability to receive pure 1080p feeds from any sources than can output them, and upscale other feeds to 1080p for playback. This raises questions about how sensible an approach this is given that the screen’s resolution is only 1,366 x 768 rather than 1,920 x 1,080, but we guess the argument goes that it’s best to start with the best source image quality possible before you set about scaling it to fit a screen’s actual pixel count.


Vreal 2 also employs a 3D colour management system to optimise tones at all times; has the processing power to produce a claimed 3,072 steps of colour/greyscale gradation for enhanced colour blends and tonal naturalism; looks for potential sources of video noise in an input signal and addresses them before any noise can appear, rather than tackling noise ‘after the event’ as is usually the case; and renders contoured edges with more accuracy thanks to ‘sub-pixel control’, which allows the red, green and blue elements in each pixel to be manipulated independently. 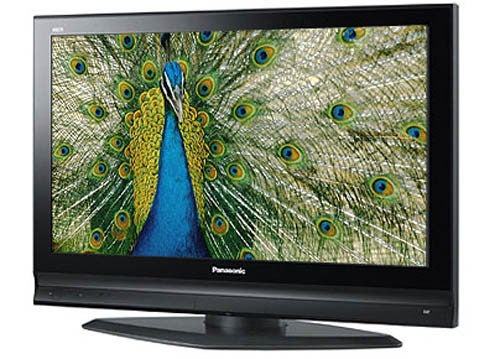 Panasonic plasma TVs are justly famed for their black level response, and with the 50PX70 sporting both Panasonic’s tried and test Real Black Drive black level booster as well as a new Deep Black Filter built into the screen glass, it seems highly unlikely that the 50PX70’s black levels are going to be anything less than outstanding.


One final feature worth a quick mention before we see just how successfully Panasonic’s new picture engine really does translate to a larger format is Viera Link. This is Panasonic’s system for permitting control via the TV’s remote of other Panasonic Viera Link kit attached to the HDMIs. This worked well with a Panasonic DVD recorder we tried, though we can’t help but wish Panasonic had gone for the ‘CEC’ HDMI control system instead, which would have made the system compatible with other brands than just Panasonic.

So are the 50PX70’s pictures as good as those of the 37PX70? No. They’re better. For really it’s only at the 50in sort of size that you can fully appreciate just how talented Panasonic’s picture processing and plasma techniques really are.


Take black levels, for example. Dark scenes such as the Berlin factory assault on the Mission: Impossible III HD DVD suffer practically none of the greyness seen with so many flat TVs, giving you a superb sense of the scale of the action and simply making such scenes look terrifically engaging and cinematic. And this cinematic sensation is made all the stronger thanks to the sheer size of the screen.


The size advantage is even more apparent with the screen’s sharpness and detailing. Exceptionally detailed shots such as those in the jungles of Skull Island on the King Kong HD DVD are rendered with total precision by the 50PX70, as it picks out every leaf, and every hair on Kong’s body. What’s more, it does this without a trace of video noise. 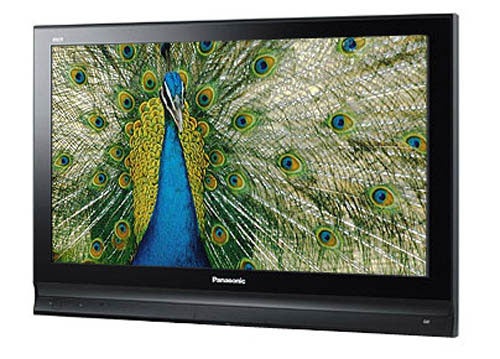 Having seen a glut of LCD TVs recently, we also appreciate the simplicity and clarity of the 50PX70’s motion handling, which sees moving objects retaining the majority of their resolution without any heavy processing side effects. Also, there’s practically no sign of the dithering noise over skin tones during camera pans that can perturb lesser plasma TVs.


In most ways the 50PX70 also excels with colours, as they’re likeably vibrant, rendered with unusual subtlety, and generally pretty natural in tone. The only quibble we might raise is that occasionally particularly rich reds can turn slightly orange.

Other than this point, the only real negatives to report are occasional juddering with camera pans, and the fact that while the 50PX70 can take in and show the pure 1080p/24fps format most HD movies are encoded to disc in, for some reason the pictures appear minus the accompanying audio.


Panasonic’s 50PX70 provides the finest expression yet of the brand’s undeniable plasma qualities. In this instance, bigger really is better.


And we still haven’t touched on arguably the single most remarkable thing about the set: its price. For while Panasonic could very likely have charged a healthy premium for the 50PX70 and still sold plenty, it can actually be had for only just over a grand. Which in our humble opinion makes it one of the biggest AV bargains of this or any other year.