It’s fair to say that we’ve found precious little to complain about with Panasonic’s current mid-level ‘PX’ range of plasma TVs. While not up there with Pioneer’s latest premium KURO sets, they’ve certainly stood out from the mass-market crowd.


Yet if there’s been one area that has consistently let them down, it’s their audio. The speakers equipped on the PX70 plasma models we’ve seen to date just aren’t great, lacking the power and frequency range to really partner Panasonic’s excellent pictures with the audio they deserve.


Which is precisely where the TH-42PX700 comes in. That extra zero at the end of its name denotes it to be the proud owner of Panasonic’s modestly titled Advanced Smart Sound Speaker system, which replaces the relatively standard speaker design of the PX70 models with speakers that incorporate twin passive radiator woofers for, hopefully, much enhanced bass, power and clarity. 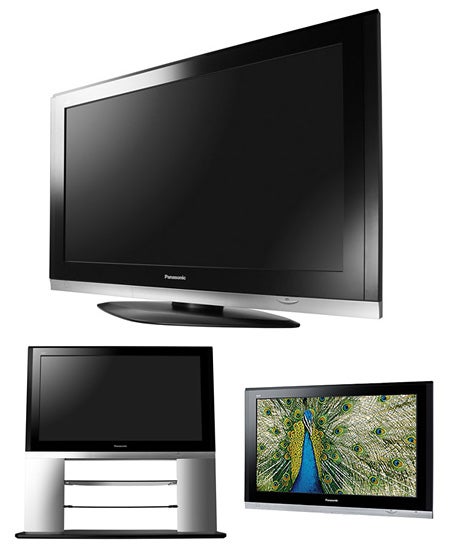 Not that this is the only thing differentiating the 42PX700 from its cheaper siblings, mind you. For the 42PX700 additionally boasts a very handy third HDMI – perfect for the dedicated AV fan that could realistically own such HDMI-sporting sources as a Sky HD receiver, a PS3 console, an Xbox 360 Elite, an HD DVD player, a Blu-ray player, an upscaling DVD player… You get the picture.


Yet another difference is the addition on the 42PX700 of a front-mounted card slot that can take either SD or SDHC (high capacity) cards for the direct playback of JPEG stills.


The 42PX700’s final point of divergence from lesser Panny models is its design, which sports a new and reasonably natty-looking silver undercarriage alongside the expected gloss black bezel.


One key area where the 42PX700 is absolutely identical to its PX70 sibling, though, is its pictures, since it uses exactly the same V-Real 2 image processing engine. While this might initially sound slightly disappointing, let’s not forget that the picture quality of the 42PX70 is, after all, absolutely excellent. So the phrase ‘if it ain’t broke, don’t fix it’ springs to mind.


For people who haven’t seen any of our other recent Panasonic plasma reviews, V-Real 2 comprises a number of key processing tricks. Not least among these is the use of a 1080p digital processing chipset enabling the TV to handle native 1080p sources as well as ‘re-master’ non-1080p sources into the 1080p format.


Other specs of the 42PX700 you’ll probably want to know about are its native resolution of 1,024 x 768 (made widescreen by elongating each pixel horizontally) and a very solid looking contrast ratio of 10,000:1. Plus the HDMIs are compatible with Panasonic’s Viera Link technology, allowing control via the TV’s remote of any compatible Panasonic-branded source equipment. The HDMIs are not, however, v1.3 affairs, and nor do they provide full support for 1080p/24fps sources which are shown, strangely, with no accompanying audio. 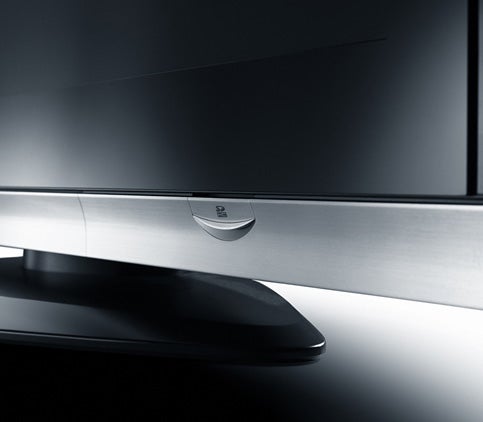 Since it’s such a key element of the 42PX700, let’s start our testing phase by putting its audio through its paces.


During the Berlin Warehouse assault sequence in the Blu-ray of ”Mission: Impossible III”, the benefit of the ‘Smart Sound’ system is immediately apparent in a number of ways. For starters, as Tom Cruise detonates his ‘distraction’ charges, there’s way more bass extension to the explosions than you get with the PX70 models, the soundstage opens up in volume much more generously, and the bullet-filled soundstage that follows is dispersed much more widely around the room. In addition, the mid-range containing most of the vocal elements of the film’s soundtrack is richer and clearer, and there’s even a little more clarity in the treble register, too.


The 42PX700’s audio advantage is slightly less obvious during quieter scenes, or during ‘normal’ daytime TV shows. But if you’re a movie fan not intending/wanting to get some sort of external sound system, the 42PX700 is certainly way more satisfying sonically than the 42PX70.

Pictorially, as you’d expect given that it uses the same picture technology, the 42PX700 is just as impressive as the 42PX70.


The most immediate impact comes from the outstanding depth of the picture’s black levels. The night-time backdrop to the scene where the Mission: Impossible crew steal the ‘rabbit’s foot’ in Shanghai is pretty much flawless. Which is to say it really looks black rather than washed out grey as happens on many flat panel TVs, and yet there’s also clear evidence of shadow detailing in even the darkest corners of the city, lending the scene a truly cinematic sense of scale.


Great black level performances like this are generally accompanied by rich, natural colours, and that’s emphatically the case with the 42PX700. The vibrant tones of the Florida bridge assault sequence are perfectly saturated, bright and free of noise, while subtler fare such as the skin tones during the interiors of the Mission: Impossible HQ looks effortlessly believable. 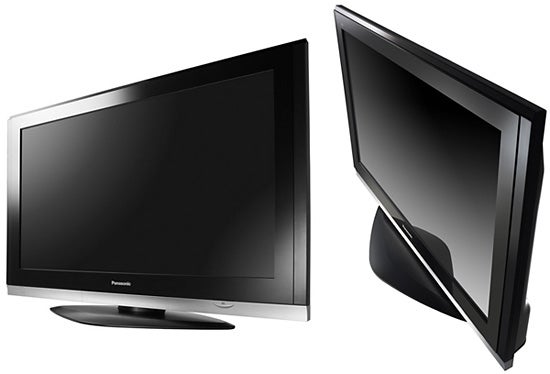 The TV also does a good job of reproducing the superb levels of HD detailing in the ”Mission: Impossible III” Blu-ray disc. And as ever with a plasma TV it’s a real treat to see fast-moving sequences like Cruise’s sprint down a river-side alley in a Chinese fishing village delivered with precious little of the sort of motion blur that afflicts most LCD-type TVs. Crucially the 42PX700 also avoids that common plasma motion problem of dotty noise over moving skin tones.


With practically no sign of plasma’s traditional problems with showing smooth colour blends either, the 42PX700 really does deliver a showstopping home cinema experience. But that’s not to say its pictures are completely perfect. We’ve seen slightly sharper HD images and even brighter, more dazzling colours from one or two of the best LCD rivals, for instance. Plus horizontal motion sometimes judders a touch, and some sharply contrasting edges look slightly jagged from time to time. But so good is everything else about the 42PX700’s pictures that these flaws are easy to live with.


There’s no doubt that the 42PX700’s extra audio power makes its presence felt, and its extra HDMI is a boon. Yet strangely that doesn’t mean we automatically say you must buy one. It is recommended, but the 42PX700 also tends to sell for a slightly hefty £250 more than its 42PX70 sibling, so unless you’re really desperate for the more expensive model’s extra audio power – as in, you have a big room to fill and don’t want to get a separate audio system – then we’d actually suggest you stick with the 42PX70 and put the money you save towards getting yourself a nice new HD source.