Where Sony pioneered consumer high definition camcorders, and JVC brought hard disks to the masses, Panasonic has concentrated its efforts on flash memory. The company has also made three-CCD technology affordable. The SDR-S150 combines both of these into one dinky camcorder that promises high video quality in a pocket-friendly package, although it only offers standard rather than high definition recording. 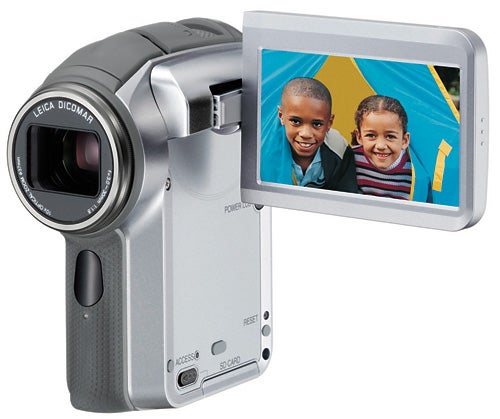 The SDR-S150 is nowhere near as dinky and slinky as the SDR-S10, which set a new standard for tiny, true camcorders. But where the latter only incorporates a single 1/6in CCD, as with last week’s tastily economical MiniDV offering from Panasonic (the NV-GS230), the SDR-S150 relies on a trio of 1/6in CCDs with 800,000 pixels apiece. However, unlike its MiniDV stable mate, this camcorder uses interpolation to provide 3.1-megapixel stills, with a resolution of 2,048 x 1,512. Whilst this is still nowhere near current standalone digital camera standards, it’s useful enough for the occasional snap. The SDR-S150 also uses optical image stabilisation, which is fairly uncommon at this price.


At its top XP quality, the SDR-S150 records video at 10Mbits/sec, with 5Mbits/sec SP and 2.5Mbits/sec LP modes also available. When shooting XP video, you can fit about 50 minutes of footage on a 4GB SDHC card. However, Panasonic only includes a 2GB memory card in the box, so you will almost certainly want to add some more storage to the price. An 8GB card will set you back around £50. 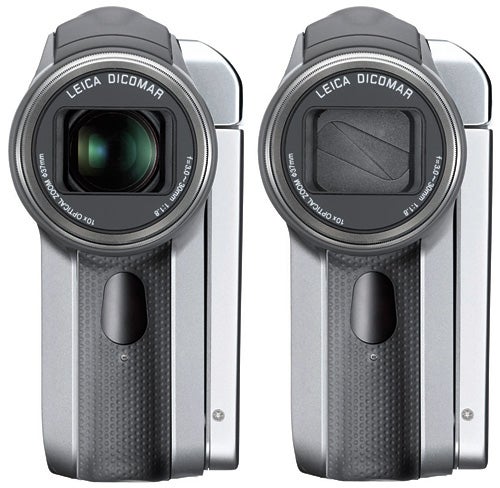 The SDR-S150 is very much aimed at the point-and-shoot user. It doesn’t have an accessory shoe or microphone jack. So there will be no chance of adding external audio or a video light. You can hook up headphones with the supplied adapter, which connects to the MULTI port (more on that later). Manual focusing uses the joystick rather than a more accurate lens ring. But the Panasonic does have a built in automatic lens cover that opens when you enter the movie or still image recording modes. Although there is no filter thread on this cover, you can unscrew it to reveal a standard 37mm thread. A built-in flash resides above the lens, popping up at the flick of a switch, although it’s very small and only has a range of about 2m.

In Auto mode, you can use the joystick menu to turn on TeleMacro, Soft Skin mode and Backlight compensation. But switch to manual mode, and many more options emerge, more than you would normally expect for such a point-and-shoot oriented model. The SDR-S150’s manual mode offers white balance, shutter speed, aperture and gain control. White balance options are pretty standard, and include sunlight and tungsten lighting presets as well as the usual manual and automatic settings. Shutter speed and aperture can be varied independently, which is fairly unique amongst sub-£500 camcorders. Shutter speeds can be varied from 1/50th to 1/8000th, and aperture from F16 to F2. Even more unique is the SDR-S150’s ability to add up to 18dB of gain on top of a fully open iris. 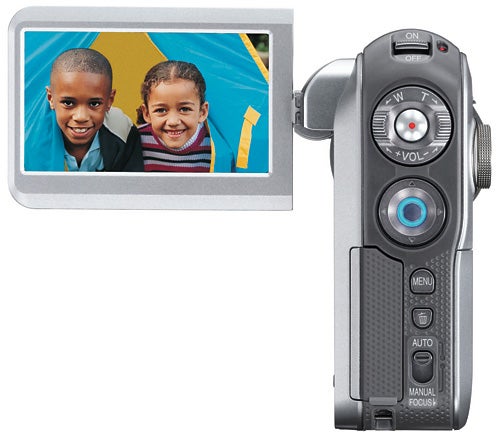 A few more options are available from the full menu. Here you can find the Scene modes, which include the usual suspects of Sports, Portrait, Low light, Spotlight and Surf & snow. There’s a wind cut setting for the microphone that counteracts the effects of noisy airflow. The zoom mic setting ties the video zoom to circuitry which attempts to focus audio recording on the same subjects as the framing, although it is only partially successful.


As with the NV-GS230, the SDR-S150’s three-chip sensor system returns excellent colour fidelity in good lighting. Where many consumer camcorders bump up the saturation to compensate for a poor colour signal, the Panasonic’s image is much more naturalistic. It’s also very low on noise. This pushes the SDR-S150 beyond the single-chip SDR-S10, which shoots good video for its size, but doesn’t have the same vibrancy. 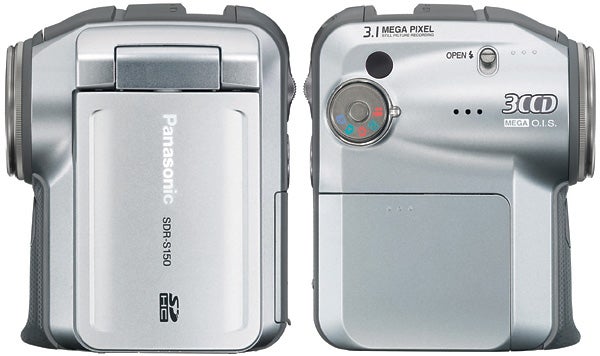 However, also like the NV-GS230, the excellent image quality drops off as the illumination decreases due to the small size of the trio of CCDs. In the kind of lighting you might find in an average living room lit with tungsten bulbs, the SDR-S150’s video is nowhere near as faithfully coloured, and noise is much greater. The overall tone is dark, too, although increasing the gain to maximum improves this at the sacrifice of more noise. Dropping illumination to the equivalent of candlelight makes for a heavy amount of noise and even less colour, although here the SD-S150 beat the NV-GS230.

Being such a small camcorder, the SD-S150 isn’t exactly blistering with ports. In fact, it only has two. The MULTI port accommodates either the headphone adapter mentioned earlier, or a break-out cable sporting composite and S-Video plus stereo RCA audio connections, although all of these are output only. The other port is USB, which allows you to import footage from the camera – although you can simply eject the SD card and use a separate card reader for this as well. With the camcorder in motion or still picture recording mode, the USB connection can also be used to turn the SD-S150 into a webcam, which is a handy bonus feature. If you’re into video blogging, the Panasonic will help you upload much better quality video to the likes of YouTube than with most USB webcams. 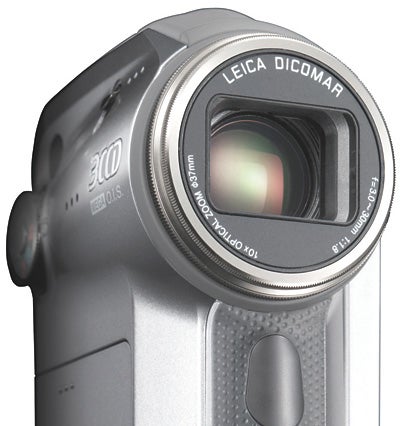 Editing footage from the SD-S150 shouldn’t pose any problems, either. Video is recorded using MOD files, which are basically MPEG-2. The MOD format has been with us for nearly four years, so is now widely supported. We tried Adobe Premiere Elements 3 and Ulead Video Studio Plus 11, and neither had any issues importing and editing the files.


Panasonic’s SDR-S150 is a curious beast in today’s camcorder market. It packs decent image quality into a very handy little package, but high definition camcorders are becoming increasingly affordable. For the time being, HD models using Flash Memory for storage remain quite a bit more expensive, with Panasonic’s own HDC-SD5 about the cheapest yet, and that’s still some £200 dearer. So, for now, if you don’t have the money or don’t want to move to HD, the SDR-S150 makes a capable choice for pocket-friendly video shooting. But the days when it’s worth paying over £400 for an SD camcorder are numbered.