On most baking programs, the SD-ZX2522 has three settings for loaf sizes and three for crusts. The timer delay is up to 13 hours, including baking time.

The results were all excellent, with the machine turning out a decent 100% rye loaf, a fluffy panettone, and an evenly mixed olive bread. Although it has a relatively high price, the Panasonic SD-ZX2522 Breadmaker really does deliver. 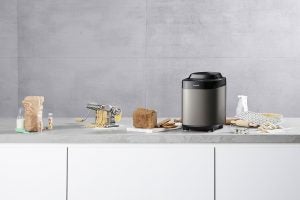 The Panasonic SD-ZX2522 Breadmaker looks sleek, with a shiny metallic oval body and a black plastic double lid, which also contains the yeast and seed dispensers. Due to the design of the lid, the machine doesn’t have a viewing window, leaving you guessing what might be going on inside.

At approximately 25cm wide and 38cm deep, this breadmaker is fairly easy to accommodate in the kitchen. However, you’ll need to ensure there’s plenty of space left on all sides, since the metal body becomes hot during the baking process.

You’ll need around 61cm of clearance to open the lid. In comparison with the other breadmakers I’ve tested, the Panasonic SD-ZX2522 has a decent-length power cable. At nearly 90cm, it allows for flexible positioning on the worktop. 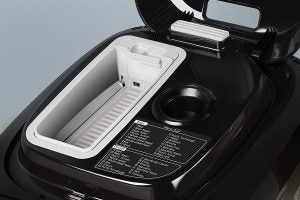 The control panel is easy to navigate, with responsive touch-sensitive buttons. The display is easy to read and lights up at the touch of a button. The program list is next to the dispensers and hidden by a lid, which is slightly annoying. Although it’s understandable, given this amount of information couldn’t fit on the outside of the machine.

The Panasonic SD-ZX2522 has a clear, no-frills manual with visual aids and more than 130 recipes. You get a detailed breakdown of all the baking processes, a lengthy troubleshooting section, and thorough cleaning instructions. You’re also encouraged to visit The Ideas Kitchen, Panasonic’s own recipe site, where you’ll find more creative recipes, particularly for gluten-free programs.

Accessories include a measuring spoon, two sourdough cups and a sourdough starter spoon. Helpfully, the measuring spoon actually has lines to mark half and quarter measurements. Cheaper breadmakers I’ve tested didn’t have that. 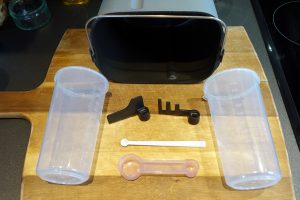 Embracing the variety the Panasonic SD-ZX2522 Breadmaker has to offer, I made several tricky loaves that all turned out wonderfully.

I started with the large white loaf at the Basic Rapid setting, which took 1hr 55mins. If this sounds a bit long for a rapid programme, bear in mind that this machine takes around four hours for a regular white loaf and five hours for a wholemeal loaf. But with slowness comes quality. While the cheaper and faster machines I’ve tested delivered fast-bake loaves around the one-hour mark, their output wasn’t as consistent.

This rapid white loaf was easily as good as any white loaf can be. It came out uniform on the inside and outside, with no pockets of unmixed dough. The crust was more substantial and had a better colour at the medium setting than I’d expect from a rapid bake. With enough structural integrity, the loaf could be sliced quite thinly and resulted in some lovely toast.

The kneading process was surprisingly quiet, with the only exception being the series of loud clicks when the yeast and seed dispensers were emptied. 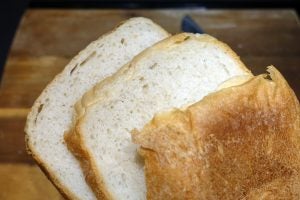 Next, I upped my game by baking a 100% rye loaf, using the specialist rye kneading blade provided. While the loaf turned out flat – as rye-only loaves usually do – it was even and moist on the inside. The blade became stuck in the loaf, as predicted by the manual. Once the bread had cooled, I managed to get the blade out with my fingers, without damaging the loaf too much. It would have been nice to have a removal hook of the kind that’s supplied with some other breadmakers. 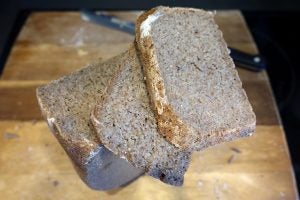 Then I turned my attention to making panettone, using the Panasonic SD-ZX2522’s brioche programme, with the recipe provided in the manual. Due to its nature, brioche and panettone dough require extra butter to be added during the kneading process.

For panettone, it is suggested that rather than using the seed dispenser, any additional bits – such as fruit – should be added straight into the machine at the same time as the extra butter. Helpfully, the machine will let you know at the start of the program when these ingredients need to be added. 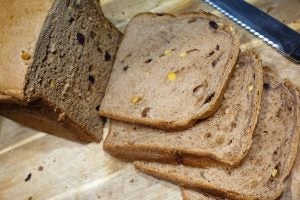 After 3hrs 30mins, the panettone loaf came out soft, extremely light and fluffy, solidifying a bit when cooled. It had an even spread of fruit, although the dark chocolate chips I added on a whim melted entirely, lending the loaf a light brown colour inside and out. (Perhaps I should have put the chocolate chips in the freezer first.)

Although the loaf didn’t have its signature yellow colour, it was aromatic and had a slight undertaste of cocoa, which made it all the better. 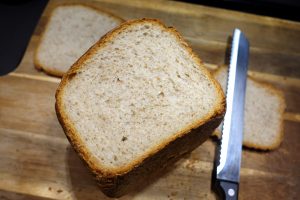 Making sourdough was a lengthier process, as it involved preparing a sourdough starter from scratch. The mixture of rye flour, salt, yoghurt, water and yeast had to be kept in the machine on a low heat for 24 hours. The rustic sourdough loaf itself took another five hours to bake. Kneading the dough in this program, the machine got a bit louder and shakier than usual, but this was no cause for alarm.

The sourdough loaf turned out light with a very crispy crust, baked golden brown at the medium setting. The air pockets weren’t massive, but there were plenty of them. The bread had an even, speckled look and tasted delicious. 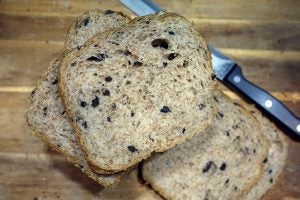 Next, a half-and-half white flour and wholewheat olive loaf came out fluffy with a soft crust. It had an even spread of olives pieces, which is all the more impressive considering I had put whole (pitted) olives in the dispenser. 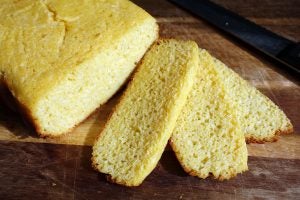 Finally, I tried out the Bake Only program, predominantly meant for cakes and no-yeast breads. This essentially means using the breadmaker as an oven. You pre-mix your ingredients, remove the kneading blade and line the bread pan with baking parchment. I made cornbread, which was crisp on the outside and moist on the inside; it was ready in 55 minutes.

Overall, using the Panasonic SD-ZX2522 Breadmaker was a pleasure, allowing me to tackle tricky bakes that I’d be reluctant to bake by hand. 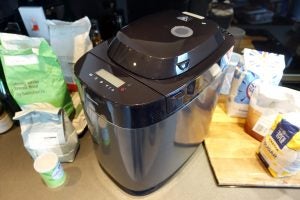 The Panasonic SD-ZX2522 is an outstanding breadmaker. It features an array of exciting programs and makes consistently delicious and presentable loaves. Its variety and performance easily put it above its mid-priced rivals. If you can splash the cash, it’s worth every penny.