What is the Panasonic SC-HTB570?

Having trouble fitting a home cinema system in your living room? Panasonic might just have the answer. The Panasonic SC-HTB570 is a clever 2.1-channel soundbar system that offers a range of installation options, giving you extra flexibility in awkward or limited spaces.

Panasonic SC-HTB570 soundbar not for you? Check out our round-up of the best soundbars to buy 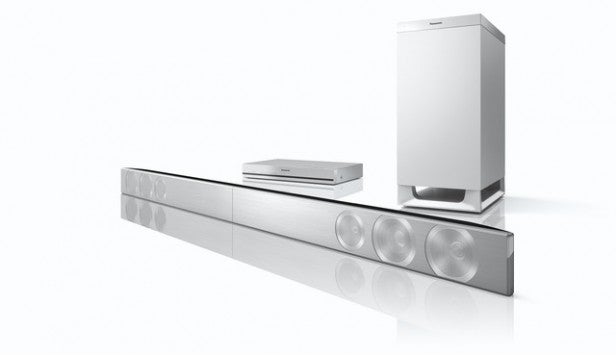 In the box is a soundbar, a wireless subwoofer and a control unit. The soundbar comes in two separate parts, the left and right speakers, which is the key to its flexibility. The two speakers can be placed upright either side of the TV or joined together to create a single soundbar – in both cases you can mount them on the wall or place them on a tabletop. All the feet, bases, screws and brackets you need are supplied in the box.

The control unit, which houses the amplification, audio decoding and connections, is an inconspicuous but attractive box, clad in a fetching silver finish. It’s also slim and compact – about two-thirds the size of a typical Blu-ray deck – which makes it easy to accommodate. On top is a row of buttons for power, volume and input selection, while the fascia sports a row of tiny LEDs to indicate the selected sound modes and inputs. 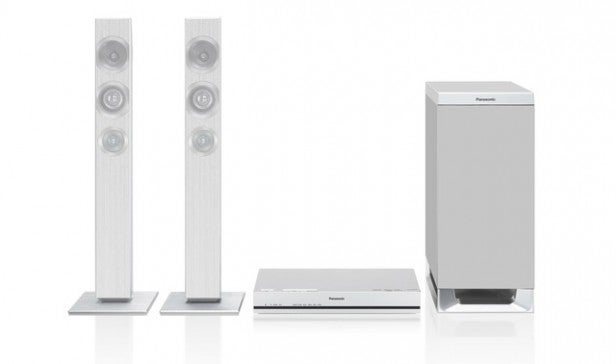 On the back is a generous range of connections. Crucially there’s an HDMI input and output, allowing you to pass audio from a Blu-ray deck while passing 1080p 3D and 2D video to your TV. The output supports Audio Return Channel, which means it’ll accept audio from a compatible TV without you having to rig up a separate audio cable.

Alternatively, the two optical digital inputs are ideal for feeding digital sound directly from a TV. There’s also a USB port, which sadly is for service use only and not for music playback – although Panasonic more than makes up for that with built-in Bluetooth, allowing you to stream music from phones and other devices. Colour-coded terminals for the speakers complete the socketry line-up.

The soundbar is styled to match the main unit. Its front panel shimmers with a lovely brushed finish, with six speaker drivers visible through the mesh, which contrasts nicely with the gloss-black back-end (which sports springclip terminals for the cables). At 41mm deep, the soundbar is remarkably slim, so it shouldn’t stick out any further than your TV when wall-mounted.

Completing the set is a wireless subwoofer, which also has an eye-catching silver finish, although the plasticky build quality sets alarm bells ringing. It’s not the smallest or slimmest subwoofer we’ve seen, but still shouldn’t pose a problem when finding a home for it. It’s a down-firing design, with an open base that leaves room for bass to escape. Because it’s wireless (communicating with the main unit at a frequency of around 2.4GHz) there are no sockets or controls on the back, apart from an on/off button.

Built-in Bluetooth is the star attraction but by no means the only feature. The system decodes Dolby Digital and DTS signals fed into the HDMI or optical digital inputs, and accepts up to 7.1-channel LPCM signals via HDMI – that means you can still enjoy hi-res Blu-ray soundtracks despite the lack of on-board HD audio decoding (just make sure your player is set to output PCM).

It also boasts Dolby Pro Logic II and Virtual Speaker processing to widen the stereo soundstage, and a 3D surround effect that supposedly adds depth to the soundfield to match 3D images. Clear-mode Dialog expands the soundfield upwards to make speech seem like it’s coming from the TV screen. There’s even a dedicated dialogue volume control.

These are joined by a range of sound presets – Standard, Stadium, Music, Cinema, News and Stereo. Power output is rated at 240 W, with 2 x 60W for the speakers and 120W from the sub. The front speakers are a three-way design with a 5.7cm woofer, 2.5cm semi-dome tweeter and a Piezo super tweeter.