The Panasonic SC-HC57DB is a compact hi-fi that offers just that bit more than your run of the mill micro system. As well as having a CD player and DAB radio tuner built-in, it also doubles up as an iPod dock and even includes AirPlay support, so you can beam your tunes to it wirelessly from your computer or iOS device.

Like an old style boombox, the Panasonic SC-HC57DB is an all-in-one system, where the speakers are inbuilt and non-detachable. Its chassis is made entirely from plastic and although it’s pretty solid, it doesn’t have quite the premium feel that we had hoped for. Nevertheless, it looks smart from the front.

The speakers on either side are framed by a small, smoky Perspex band that runs around the outer edge. This seamlessly blends with the semi transparent mesh that covers the front of the speakers, through which you can glimpse the two driver units. The main driver is mounted at the top, and at the bottom there’s a large-ish tweeter. The system’s total output is 40 watts. 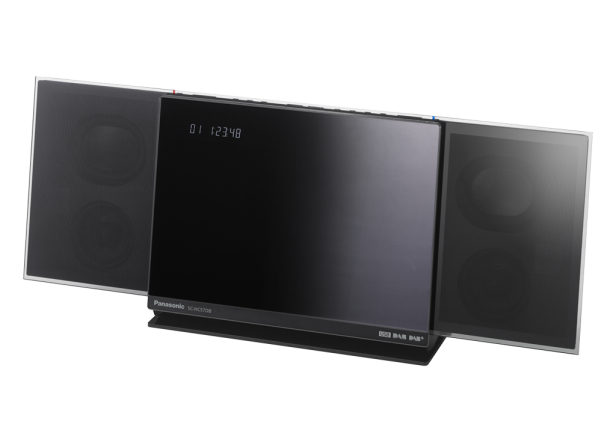 The SC-HC57DB comes with a credit card sized remote, but there’s also a row of buttons across the top for controlling all the main functions. Behind this you’ll find a plastic flap that flips up to reveal a USB port as well as a standard 3.5mm headphone jack.

What really sets this system apart from the crowd is the signature two-way sliding door on the front. Press the open/close CD button and the door slides left to reveal a vertically mounted CD player mechanism that you can slap your discs onto. However, when you press the open/close iPod button the door slides right and a motorised iPod tray smoothly extends out from the chassis to greet you.

Plonk your iPod or iPhone in to this, press the open/close door again and it gets sucked back into the chassis with the door sliding closed over it again. As the door is semi-transparent you can still see and read the iPod/iPhone’s screen once it’s nestled safely inside. It’s a very elegant solution compared to traditional docks and adds a bit of ‘wow’ factor to the design.

Of course the other neat feature of this system is its support for AirPlay. This is an Apple technology that allows you to wirelessly send music over Wi-Fi from a computer running iTunes or iOS devices to compatible systems. AirPlay functionality is no longer limited to just iOS devices, either.

You can also use it on Android smartphones and tablets if you download the doubleTwist music player from Google Play. This music player is free, but to add the AirPlay support you need to cough up for the Airsync by doubleTwist add-on, which costs £4.99. 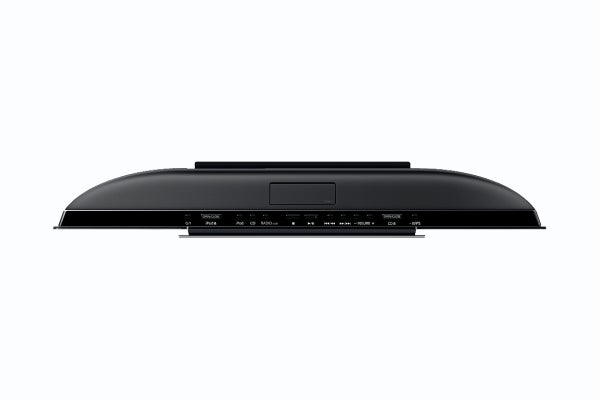 Alternatively, you can manually configure the connection by entering the Net Setup menu on the stereo. This causes the Panasonic SC-HC57DB to set up its own access point. You then log onto this with your mobile device and enter 192.168.1.12 as the address into its browser. This logs you into the system’s web server where you can ask it to do a search for available wireless networks. After that it’s simply a case of selecting your home network from the list and entering your password.  The SC-HC57DB then automatically closes down its own access point and logs on to your home Wi-Fi network.

To then send tunes wirelessly to the SC-HC57DB all you have to do is select it as the output device either in iTunes on your PC or the Now Playing screen on your iOS device. It really couldn’t be easier.

Of course, the Panasonic SC-HC57DB has a number of other features including DAB and FM tuners. To use the DAB tuner you need to attach the supplied wire aerial to the back. Then the first time you start up the tuner it’ll automatically do a scan to find all the channels. Reception-wise the radio part is strong, however, the small single line display makes it a bit tricky to use. The display is too small to show the names of most of the stations in full, so you have to wait for them to scroll by. Even programming in pre-set stations is a bit of a faff as it involves lots of button pushing. 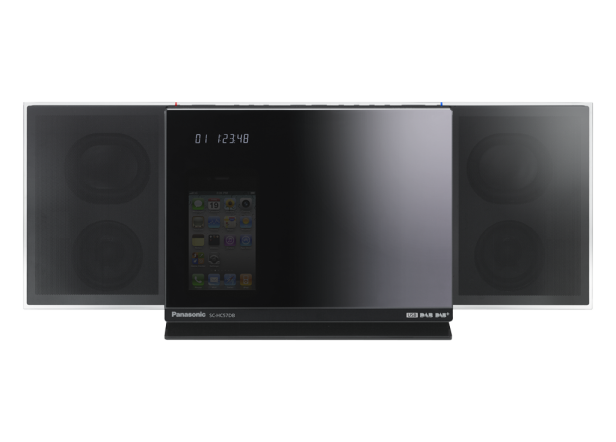 As well as using the USB on the top of the system to charge mobile phones you can also plug in USB keys or drives containing MP3 tracks to play them back on the stereo. However, again the tiny single line display makes navigating around tracks quite torturous, especially if you have more than just a single album’s worth of tracks on there.

Naturally, there’s an alarm clock function too, so you can set up the SC-HC57DB to turn on at a certain time during the day. You’re also free to choose which source it starts playing when it the timer goes off. 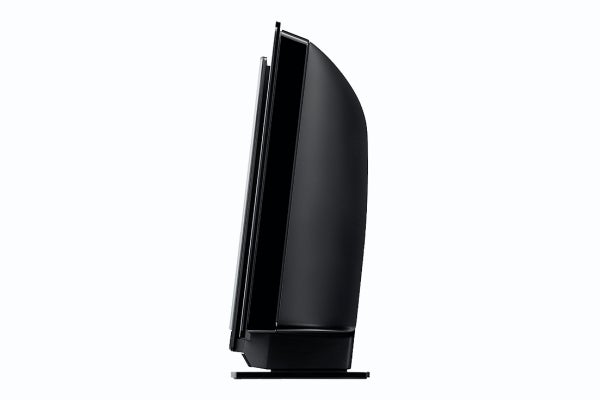 When it comes to sound quality, this system is not really a premium option. It doesn’t sound particularly bad as such, but the sound quality is closer to that of a pretty standard boombox than it is to something like the very pricey B&W Zeppelin Air.

On the plus side, mid-range frequencies, covering guitars and vocals, are pleasingly energetic and it handles the crisp highs of cymbals with a lot of charm. However, to get acceptable bass out of it we had to crank the bass setting all the way up and then also turn on the Dynamic Bass mode too. Even then, its low-end performance is pretty flaccid, with the result that dub reggae or dance tracks sound a bit hollow and lifeless. Also, as the speakers are mounted quite close together its stereo separation isn’t great. You can expand the image a bit by turning on the surround mode, but this also has a negative effect on the already pretty weak bass reproduction. 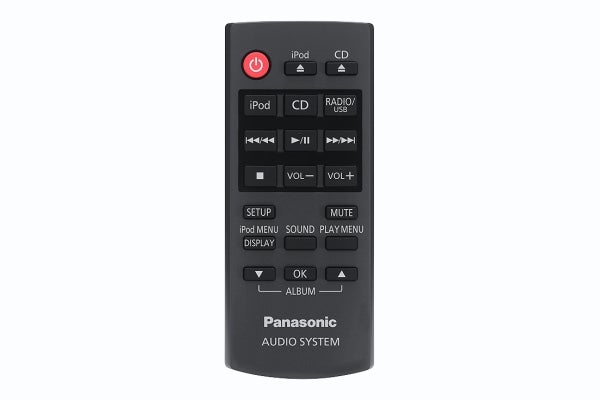 The SC-HC57DB is a stylish looking micro system and the funky motorised iPod dock and onboard Airplay features set it apart from the pack. However, the tiny, single line display makes some of the features a bit tricky to use and it’s a shame it doesn’t have a tad more oomph in the bass department.